It’s the sound of freedom. People clink champagne glasses in parklets. Christmas decorations twinkle from every telephone wire. The soundtrack is celebration, and the dial is turned to “loud” – unless you’re in regional Victoria.

Usually Melburnians make a run for it when the silly season hits. We think we’re clever; ushering loved ones into the car around lunchtime on a Friday, only to form a four-wheeled bottleneck out of the city with every other bright spark. But if you’ve tried to book an Airbnb in regional Victoria lately, you already know they’re as jammed as that weekend traffic.

Here’s a thought: maybe the best place to be this summer is right here in the city. There’s less packing, less driving and fewer disgruntled looks from regional residents irritated by the urban hordes clogging their backyards.

In fact, those who live beyond metropolitan Melbourne should consider a city break while local businesses collect some cash after bushfires and travel restrictions. Melbourne, particularly the CBD, has done it incredibly tough after 262 days in lockdown. Hospitality operators are chomping at the bit to be, well, hospitable.

In Melbourne, the improved rate is still only at 34 per cent occupancy, up from between 15 to 25 per cent in early October. Those in a position to enjoy a staycation should, but there are so many delicious regions for regional Victorians to have a city getaway, too.

For a start, our stalwart restaurants are up and firing. Politicians and television personalities are ordering from the cellar at Flower Drum again (I’m looking forward to the adjacent bar opening early next year). Long lunches are a go at France-Soir (pass the sea perch quenelles, s’il vous plait). Yum cha trolleys have had their wheels WD-40’d and are rolling all over Melbourne (just try and decline those juicy har gao with their translucent wrappers).

As for new restaurants, I can hardly keep up with how many have opened this year, let alone in the last few weeks. Big players have launched no-expenses spared venues. There’s two-storey, iridescent Yakimono in the 80 Collins Precinct, a 300-seat Japanese restaurant with nightclub music from The Lucas Group (Chin Chin, Baby Pizza, Kisume, Hawker Hall and their other newbie, Society).

Di Stasio opened their third venue, Di Stasio Pizzeria, with a courtyard that transports diners from Carlton to Rome thanks to a 17th-century stone fountain imported from the Italian countryside. Even Sydney can’t get enough of Melbourne, with Nomad and Victor Churchill both opening here this week.

On the fringe of the CBD in Carlton, 25-year-old head chef Roger Lu is cooking modern Chinese food at Laurus. That means octopus chow mein with house XO, duck that takes three days to prepare and drink pairings that include zero-alcohol and tea alternatives.

Another first-time head chef, Esca Khoo, worked stints at Noma Australia and Dinner by Heston before taking charge of the kitchen at Miss Mi, located on the ground floor of the new Movenpick Hotel.

His regional, southeast Asian cooking has the meticulousness of a Michelin-starred kitchen and every dish comes with a story, such as a sea urchin snack inspired by Sulu Sea gypsies he spent time with off the coast of Borneo.

By the time this article is published, I can think of at least four new restaurants that will have opened. And as I type, a notification has just pinged on my phone with the announcement that density restrictions are no more as of Friday November 19.

That means restaurants and cafes that were previously operating at limited capacity will have spare tables, so get booking.

There’s so much to uncover and rediscover in Melbourne; it might even get to the point where city slickers sneer at swarms of regional Victorians hogging our restaurant tables and occupying our hotel rooms. That, I can assure you, would be a wonderful problem to have. Until then, the more people in Melbourne, the merrier.

The best hotels to stay in Melbourne

Where to find the best brunch in Melbourne Gems to check out on a South Australia road trip 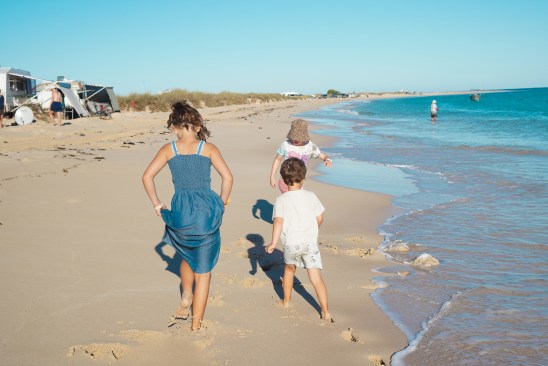