I was born and raised in America, but have lived in the United Kingdom for several years.

Here’s a snapshot of what the “American” food section looks like in a large suburban Sainsbury’s supermarket in Scotland:

The standard American section in a large grocery store is usually just a few shelves, not a full aisle.

It typically won’t include any refrigerated or frozen goods, only packaged snacks and drinks.

Hot dogs in brine are a staple of the American section

A juicy ballpark-style hot dog fresh off the grill is definitely American. But according to UK supermarkets, true American hot dogs come swimming in salty water.

If you want to eat American breakfast cereal every day in the UK, you better be prepared to remortgage your house.

The UK has its own brands of sugary cereal, though none are so blatantly dessert-like as Hershey’s Kisses cereal, which also retails for £5.25.

Pancake mix is a luxury product

If you thought cereal was expensive, you may want to gird your wallet for the sight of Bisquick pancake mix for £5.85, or $8.30 per box.

Pancakes in the UK are what Americans would call crepes. They’re thin, floppy, and often served with fruit syrup or lemon and sugar.

The fluffy pucks that Americans call pancakes are hard to find in the UK, so it makes sense that Bisquick mix costs roughly as much as gold leaf, gram for gram.

Marshmallows are apparently an American thing

But if you want large marshmallows, like the kind you’d use for s’mores (also a very American treat), you’ll usually have more luck in the “American” section.

Before I moved to the UK, I thought marshmallows, which were invented long ago in Egypt, had no nationality. I assumed their availability in supermarkets was a universal constant, like gravity or “Law and Order” reruns.

But it turns out big, puffy marshmallows are an American thing.

A bag of Giant American-Style Toastin’ Marshmallows costs £3, or $4.30. They’re also pink, not the standard white color you find in the US.

Gatorade looks a little different in the UK

When my husband first visited America, he bought enough Gatorade for a convention of Olympic sprinters. He said he had never seen a drink that came in so many neon colors.

Some flavors of Gatorade are impossible to find in the UK, such as Glacial Cherry or grape. Curiously, I’ve noticed grape-flavored food or drinks are almost nonexistent in the UK.

The UK limits the use of certain artificial dyes and colors in food, which may have something to do with my husband’s shock at seeing a beverage aisle with all the colors of a supernova.

The rest of the drink section just includes cans of A&W root beer and bottles of 7-Up.

For reasons that must make sense to the cabal of marketing wizards at Frito-Lay, the classic US Doritos flavors Nacho Cheese and Cool Ranch don’t exist in the UK.

Instead, they’ve been rebranded as Tangy Cheese and Cool Original.

Cool Original and Tangy Cheese taste pretty much the same as their US counterparts, though they seem to be slightly less loaded with flavor powder.

You’ll find them on the shelf next to Doritos flavors like guacamole, Chilli Heatwave, and the abomination known only as “Lightly Salted.”

As an American, looking at a pack of soccer-ball-shaped “football” Cheetos feels like doing a mental agility test

They taste more or less like standard American Cheetos, but with a hint of confusion. In the US, footballs are oblong and brown — these are shaped like soccer balls but called footballs.

Luckily they’re only £1, or $1.35, per bag so you can afford to snack on these perplexing puffs until the packaging starts to make sense.

I’ve always considered Nerds to be something of a second-string candy, not an MVP like M&Ms or Reese’s Cups.

But grocery stores in the UK seem to think Nerds are a pillar of the American diet.

In one “American” section, Nerds take up one of only six shelves. I also count no less than six different varieties of Nerds products.

The rest of the candy section feels kind of random, too. There’s white-chocolate Reese’s but not the popular milk-chocolate original.

I also saw WarHeads Cubes and Sour Smog Balls, which I don’t really remember being popular in the US.

Twinkies are an expensive pastry

In the US, Twinkies are known for being a cheap indulgence. In the American section, a box of Twinkies costs £5.50, which is about $8.

To put that in perspective, in the same UK grocery store, you can buy an organic, 30-day matured premium steak for £4.25.

Canned pumpkin is only in the American section

You’ll have an easier time buying antimatter than premade pumpkin-pie filling in the UK.

Its close cousin, canned or “tinned” pumpkin, is kept exclusively in the American section and usually shoved between crackers and candy, as if the British aren’t sure if it’s supposed to be sweet or savory.

Certain flavors of Pop-Tarts are pricey

From what I’ve seen, there are only three flavors of Pop-Tarts regularly sold on UK shelves: Choctastic, Apple Blast, and Strawberry Sensation.

If you want any of the 25+ US flavors, you’ll have to check the American section.

Snyder’s of Hanover pretzels are ubiquitous in American sections

I’m not sure if Synder’s of Hanover has some sort of deal going on with UK grocery chains or if the British are just passionate about Pennsylvanian pretzels, but these snacks are often front-and-center in American sections.

In general, I’ve found that pretzels aren’t as popular in the UK as they are in the US. Soft pretzels, in particular, are a rarity.

When I first spent time in the UK back in 2013, I struggled to find peanut butter. I’d sometimes go to an American import store for the thrill of spending half my rent money on a jar of Jif.

Eight years later, peanut butter seems to have migrated out of the American section and onto regular UK shelves.

I still haven’t been able to locate the massive, swimming pool-size tubs you can buy in US grocery stores, though.

I would do anything for reliable access to classic, neon-colored, American-style boxed macaroni and cheese in the UK.

Instead, the American section sometimes features Cheesey Pasta that tastes nothing like American macaroni and cheese.

Each box costs about £1.50, or $2.10, which I gladly pay for the chance to taste even the twisted shadow of my beloved American version of mac and cheese. 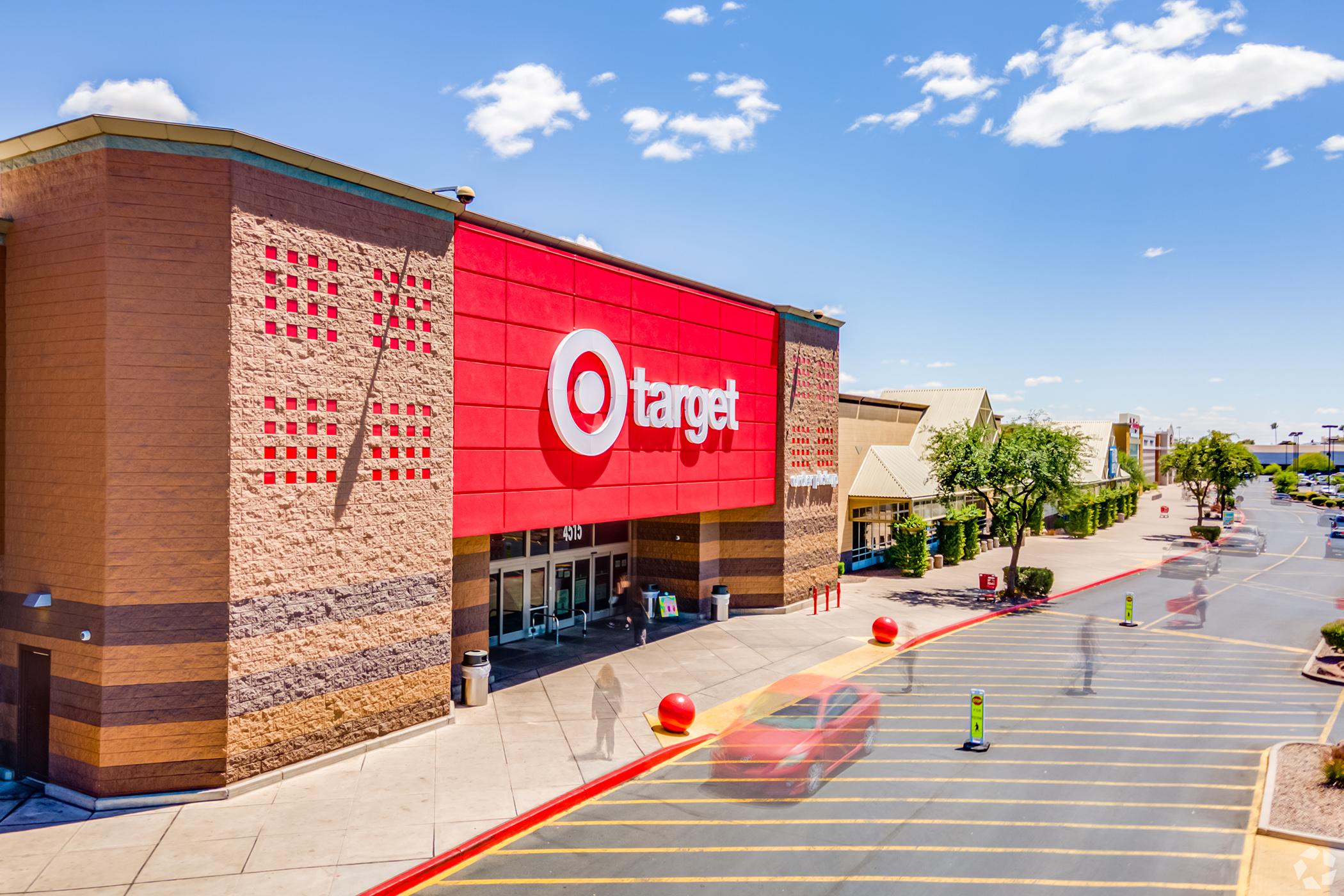 The Pandemic Scuttled One Deal, but This Phoenix Shopping Center Just Sold for an Even Higher Price 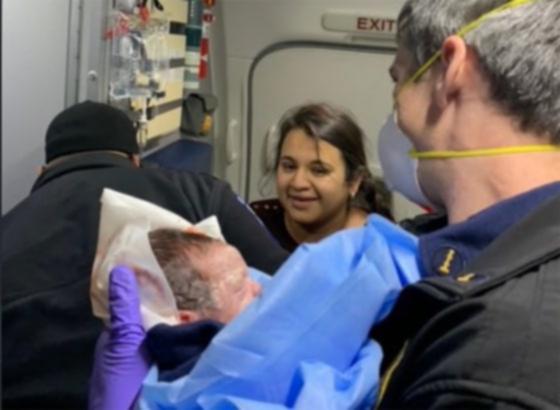 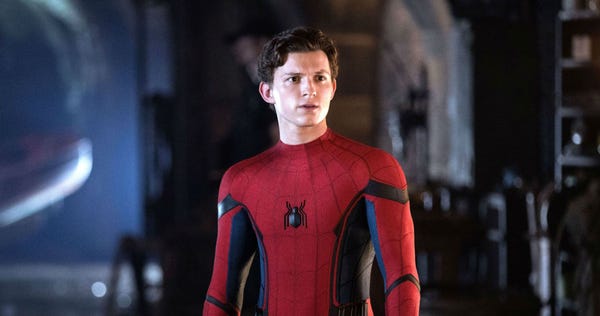