Environmental campaigners have said a $200,000 fine issued to Whitehaven Coal for water theft at its Maules Creek mine near Boggabri “will not stop this repeated behaviour”.

The fine was handed down in the New South Wales Land and Environment Court on Wednesday after the company entered a guilty plea for taking 1bn litres of surface water without a licence over three years from 2016 to 2019.

The charges were brought by the Natural Resources Access Regulator (NRAR) for breaches of the water management act and carried a maximum penalty of $2m.

The judgment accepted there had been undefined actual harm to surface water flows and it was likely harm was caused to vegetation around Back Creek and to its aquatic ecology as a result of the offence.

It found Whitehaven’s failure to comply with water regulations undermined the scheme in a substantial way and considered the seriousness of the offence was at the low end of the medium range.

The judgment factored in mitigating circumstances, including Whitehaven’s early guilty plea and the fact it had cooperated with authorities.

“Taking into account my finding on objective seriousness and mitigating factors, I consider the appropriate penalty is $250,000 which will be reduced by 25% to $200,000 in light of the early guilty plea,” it says.

The Boggabri farmer Sally Hunter said the fine did not come close to reflecting the seriousness of the offence.

“While farmers were ploughing in their crops and stock were dying during the drought, Whitehaven took one billion litres of water without a licence,” she said.

“This water, at this time was priceless, and would have been a lifesaver for lots of farms and businesses.”

The fine is one of a number of breaches Whitehaven has been accused of at its mining sites.

This week the NSW Environment Protection Authority (EPA) said it had directed the company to suspend blasting at the Maules Creek site while it investigated seven blasts from the mine that are alleged to have generated uncontained and potential toxic fumes between 1 October 2021 and 11 November 2021.

Earlier this month, the EPA fined the company $30,000 for discharging dirty water from a failed sediment dam at its Tarrawonga coalmine near Boggabri.

It was the third alleged discharge of dirty water by the mine and the EPA said it had found high levels of metal and bicarbonates discharged from the mine site in to nearby Goonbri Creek.

Hunter said thefine handed down on Wednesday “will not stop this repeated behaviour”.

“Ordinary members of the public are fined far more for much less,” she said.

“It’s long past time for the NSW Perrottet Government to get tough on mining companies and appropriately penalise them for the heinous crimes they are committing.”

Whitehaven said in a statement the judgment had noted the offence was at the low end of the medium range and the case had not established there had been adverse impact on other water users.

“Whitehaven has previously acknowledged shortcomings in the operation of some of its systems and has made significant progress to implement measures to improve clean water management at the mine.”

Grant Barnes, the chief regulatory officer at NRAR, said the water regulator had been working in and out of court to remedy the illegal water take.

“This judgment needs to be viewed in the context of our complementary work outside of the court room,” he said.

“In addition to the fine, we have entered into an enforceable undertaking with Maules Creek Coal which requires it to take a range of actions including decommissioning a dam and updating its biodiversity management plan.”

He said the enforceable undertaking strengthened Wednesday’s judgment and had been agreed to by both parties “as part of the mine operator’s movement to a position of water compliance”.

But Georgina Woods, a spokesperson for the Lock the Gate Alliance, said people were “sick of mining companies getting away with serious crimes with insignificant repercussions”.

She said it was particularly jarring in a week in which an activist had been sentenced to 12 months in jail for blockading coal trains in the state’s Hunter region.

“It is difficult to see how the public can have faith in the legislation that governs coalmining companies when it is so clearly failing to keep the companies in line,” she said.

Travel Guides – ‘Couch guy’ has taken over TikTok, sparking a debate about whether a college student cheated on his girlfriend 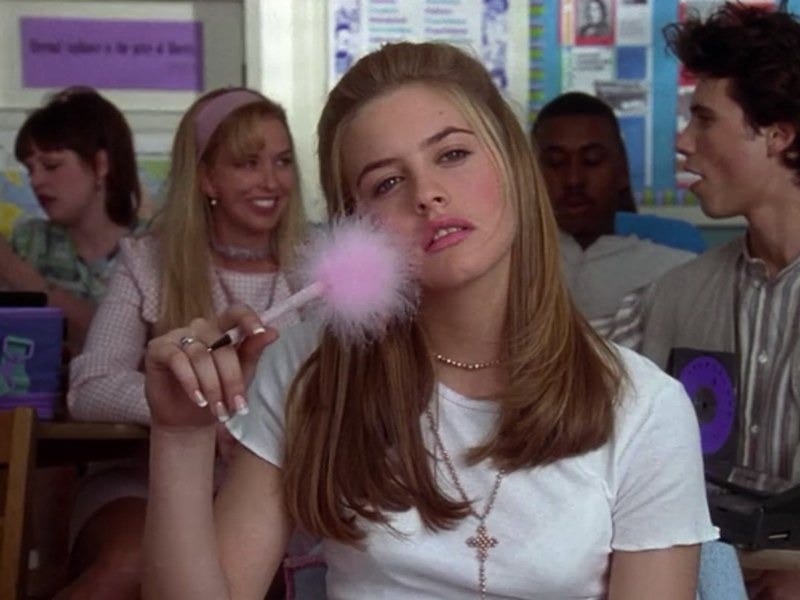 28 hidden details you may have missed in 'Clueless'