TravelGuides – ‘We were in a war’: behind 2021’s most devastating Covid-19 documentary | Documentary films

It is tempting to suggest that the Covid deniers, the hoaxers, the hucksters, the anti-vaxxers, the flat earthers, the merchants of disinformation and the crackpot conspiracy theorists be strapped into a chair and force fed The First Wave, a harrowing documentary about the early toll of the coronavirus pandemic.

Covid-19 has never been a “media-friendly” story: death and suffering happen in intimate spaces behind closed doors, where few cameras or reporters are permitted. It is therefore less spectacular news than the September 11, 2001 terrorist attacks, even though the current loss of life is still equivalent to a 9/11 every three days.

This relative invisibility was surely a factor in allowing disinformation to thrive in Donald Trump’s White House and rightwing media and social media. But The First Wave offers the kind of vivid, visceral, gut-wrenching account of tragedy up close that is as undeniable as a plane crash.

Inside Long Island Jewish medical center, one of New York’s hardest-hit hospitals during the first four months of the pandemic, director Matthew Heineman shows doctors and nurses striving to save lives (“Can you feel a pulse?”), desperately ill patients video chatting with family members, and moments of sorrow too deep for tears.

Early on, for example, the heroic, resilient, vulnerable Dr Nathalie Dougé is seen on the phone, calling a family to say: “I’m sorry to tell you this but we’ve tried multiple rounds of CPR and we were unable to bring him back.” The unearthly cacophony of wailing and screaming unleashed at the other end of the line will be hard for any viewer of this film to forget.

“One of the greatest tragedies of Covid is that we as a general public were so shielded from the realities of what was happening,” Heineman, a multiple Emmy award winner, says by phone from New York. “If it was easier for journalists and film-makers to get inside hospitals and to show the public how this was all actually going down, how people were dying and the horror of what was happening, I think it would have changed the narrative.

“It saddens me that this issue that could have brought our country together further divided us, that truth and science became politicised. Part of that narrative is the fact that we weren’t able to see what was happening and that’s a big reason why I felt such huge responsibility and need to make this film.”

The First Wave, released in cinemas by National Geographic on Friday, won the David Carr award at the Montclair film festival, which honours a film exemplifying a commitment to “truth-telling in reporting”. At a time in early 2020 when other journalists were being turned away, how did Heineman, 38, get such incredible access?

“I woke up in an early March and, along with my team, saw this tsunami that was about to come towards the US and, as the days went by and as the reality became clearer, like with most of my films I wanted to try to take this issue – plastered across headlines and filled with stats and, frankly, misinformation – and try to humanise it, try to put a human face to it.”

Heineman made contact with hospital systems across America with little success but finally got access in his own backyard, New York, the biggest hotspot. “I think Long Island Jewish hospital in Queens, and the larger system Northwell Health, felt that this was an incredibly important historic thing to document and so, through a number of conversations, we began filming.”

The practical challenges were formidable. The crew often consisted of just a camera operator, sometimes accompanied by a field producer, to have as small a footprint and be as unobtrusive as possible. They were given one N95 mask a person for two weeks; none became infected with the virus.

Heineman, whose previous subjects have included Islamic State-controlled Syria and Mexican drug cartels, admits: “It was obviously a terrifying endeavour. Having made films in conflict zones around the world, you can sort of turn off your brain a bit when you come home detached, although these stories never leave you. But with the first wave we were documenting the same thing that we were living so it was really a 24/7 full-on experience.

“At that point, especially in March, we knew so little about the disease, how it’s transmitted. Obviously the science around it all was very murky and so we did the best we could with the limited information we had. We were in a war and did our best to find supplies, although that was pretty much impossible in the beginning.”

It is a reminder how frighteningly novel and unfamiliar Covid-19 was in those early months. Dougé, a first-generation Haitian American who is a central protagonist in the film, comments at one point: “It’s new. That is the worst thing in medicine. We are taught pattern recognition and as of right now there’s no clear pattern.”

Another doctor tells his staff: “Every day we look death right in its eye and the scary part is it looks right back at you. It’s a storm that nobody’s ever been in before. There’s no playbook for this, there are no directions.”

Heineman comments: “People who’ve been trained their entire lives to try to understand and fix the human body – everything they’ve learned was thrown out the window? They had no tools at their disposal to help people and so imagine training your entire life for something and then being presented with this foreign virus and having nothing you can do.

“That was the reality for especially those first four months. It was devastating and we’re still living with the long-term effects in terms of the healthcare role. I think we’re going to see a lot of burnout and dropout over the next couple of months, as we already have with our workforce.”

The film-makers also had to steel themselves to witness distressing scenes. A medical team, wearing face shields and masks, gathers for a minute of silence around a patient who just succumbed despite their efforts. A pregnant woman gravely ill with the virus is forced to have an emergency caesarian section before being put on a ventilator.

“But the overwhelming feeling that we had, that I had, every day was the incredible tenacity, courage, fortitude, love and humanity that we saw and witnessed despite all the horror. I didn’t necessarily go to bed at night feeling depressed about the state of the world. I honestly went to bed feeling inspired and I think that’s what drove us to continue to make this film day in, day out for many months.”

New York, America’s biggest city, became a “ghost town” during this time, the director recalls, but that changed in May with the police murder of George Floyd in Minneapolis, sparking a mass uprising against racial injustice.

In another remarkable scene, Dougé is seen cautioning a young African American man not to put himself at risk by provoking the police, repeatedly urging: “Your family cares about you.” The man walks away but eventually turns to embrace her. She cries: “I’m so tired!”

Heineman says: “That was a part of the story that we thought it was incredibly important to include. This disease very vividly disproportionally impacts people of colour and one of our main subjects, Dr Dougé, helped lead us into that aspect of the story. She also led us out on to the streets. These two pandemics of systemic racism and Covid are intricately tied together.”

The First Wave joins documentaries such as Nanfu Wang’s In the Same Breath and John Hoffman and Janet Tobias’s Fauci and artworks including Rafael Lozano-Hemmer’s ephemeral memorial A Crack in the Hourglass as outriders in a collective struggle to comprehend a once-in-a-century pandemic that has killed more than 5 million people to date.

Heineman concludes: “There’s no question that we’ve all been changed forever. The fabric of society, the way we communicate, all of us as individuals, and so I hope that the film creates a space to allow us to reflect on what we’ve been through and take stock of where we are and hopefully learn as we move forward into the future.

“But the film is about many things. It’s about life and death and birth and the power of the human connection. The overwhelming feeling that I have when I look back on the experience and I look at the film is that it’s really about how human beings came together in the face of crisis. And that was deeply inspiring to witness.”

TravelGuides – ‘We were in a war’: behind 2021’s most devastating Covid-19 documentary | Documentary films 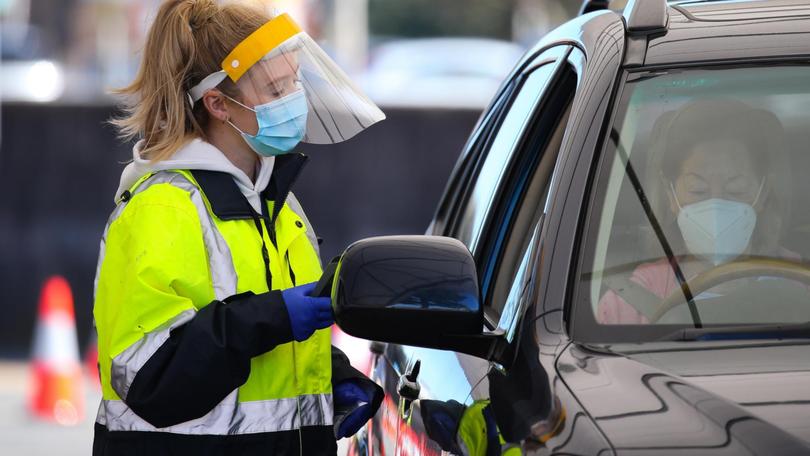