“Cage-like” conditions in the Northern Territory’s juvenile detention system are again a concern, four years on from the shocking revelations of mistreatment that forced the government to establish a royal commission, the NT children’s commissioner and Aboriginal justice agencies have warned.

Children are being left in their cells for up to 23 hours a day, waiting up to three days for medical assessment and going long periods without access to education, a new report by acting NT children’s commissioner, Sally Sievers, found.

Sievers’ report highlights a big rise in the number of children on remand, enduring staff shortages and a “concerning” number of young people subjected to force.

She also found a “significant increase” in the use of separation – putting children in monitored isolation – and a rise in the number sent there for assaults on staff.

Conditions for young detainees are “unacceptable” she says in her report, which comes four years after the royal commission into Don Dale detention centre.

The North Australian Aboriginal Justice Agency (Naaja) said conditions are like those that forced the Don Dale royal commission, which was announced after shocking footage of young people being tear-gassed, stripped and restrained in spithoods was broadcast on ABC TV.

“We are seeing the sad tragedy of the repeating of history, of exactly what the royal commission investigated and made in its findings, particularly its recommendations to alleviate these issues and actually change the damaging youth justice system,” Naaja principal lawyer, David Woodroffe, said.

“We need to remember what the royal commission actually looked into and spoke about, particularly around the damaging effect of isolation of children in their cells, about basic human rights, about ensuring that children need to be out of their cells for a mandatory minimum of 10 hours. Children need to see and feel the sun,” he said.

In November there were 60 young people in juvenile detention, 58 of them Aboriginal. That number has doubled since March this year, and is higher now than it was at the time of the royal commission in 2017.

“The issues in the NT around Aboriginal children and youth crime cannot be solved by prisons. You cannot imprison the way out of this problem,” Woodroffe said.

“The money that we invest imprisoning children should really be going into the communities to support keeping kids out of detention.

“We’re talking about school classroom-sized numbers. And I refuse to believe that we cannot provide supports and services to that number of children in the Northern Territory,” he said.

The national children’s commissioner, Anne Hollonds, said she was “extremely disappointed and distressed” by the news. Hollonds visited the site earlier this year and said that, as a former adult prison, Don Dale was harsh and inappropriate.

“A 10-year-old should not be in there for even one minute, let alone three days,” Hollonds said. “These children deserve our care and protection.”

“Is this the kind of country we’re happy for Australia to be? We need to be asking our political leaders to reflect our values as citizens. And I’m really disappointed at how hard it is to try to raise to some level of national prominence the basic human rights and wellbeing of children.”

Justice groups say the rise in the NT youth prison population is the effect of tough amendments to youth bail laws introduced in 2019.

“The chief minister and attorney general talk about closing the gap, but in reality they are playing politics with our children’s lives and risk us losing a whole generation of our young people to their archaic, dangerous criminal legal system,” Axleby said.

“If the Northern Territory government is to have any hope of meeting its closing the gap targets, it must change course and raise the age [of criminal responsibility] to at least 14 years old.”

Chief minister Michael Gunner told the ABC on Tuesday that a replacement for Don Dale will be built over the next year. His government would raise the age of criminal responsibility to 12 before its term expired in 2024.

The minister for territory families, Kate Worden, said the NT has “worked hard to reform its youth detention system over the past four years.

“It is not what it was in 2016,” Worden said. “These reforms build on this government’s vision of a youth justice system that contributes to community safety and reduces reoffending by young people.

“We have not had a 10-year-old in detention since 2017, this proves our diversion work,” she said.

Investment in youth justice grew from $22 million in 2016-17 to $68.8 million in 2020-21, she said, including investment in “boot camps” that provide intensive intervention to break the cycle of youth crime.

The Don Dale royal commission made 230 recommendations, including that the jail be closed immediately, and that the age of criminal responsibility be raised to at least 12 years old.

In July, the NT was ordered to pay out $35m to a group of young people mistreated in Don Dale between August 2006 and November 2017.

Up to 1,200 young people may be eligible for a share of the fund.

Travel Guides – Body of girl wearing ‘Lilo & Stitch’ shirt discovered in Texas county. Who is she?

Interesting and Cool Details You Never Got 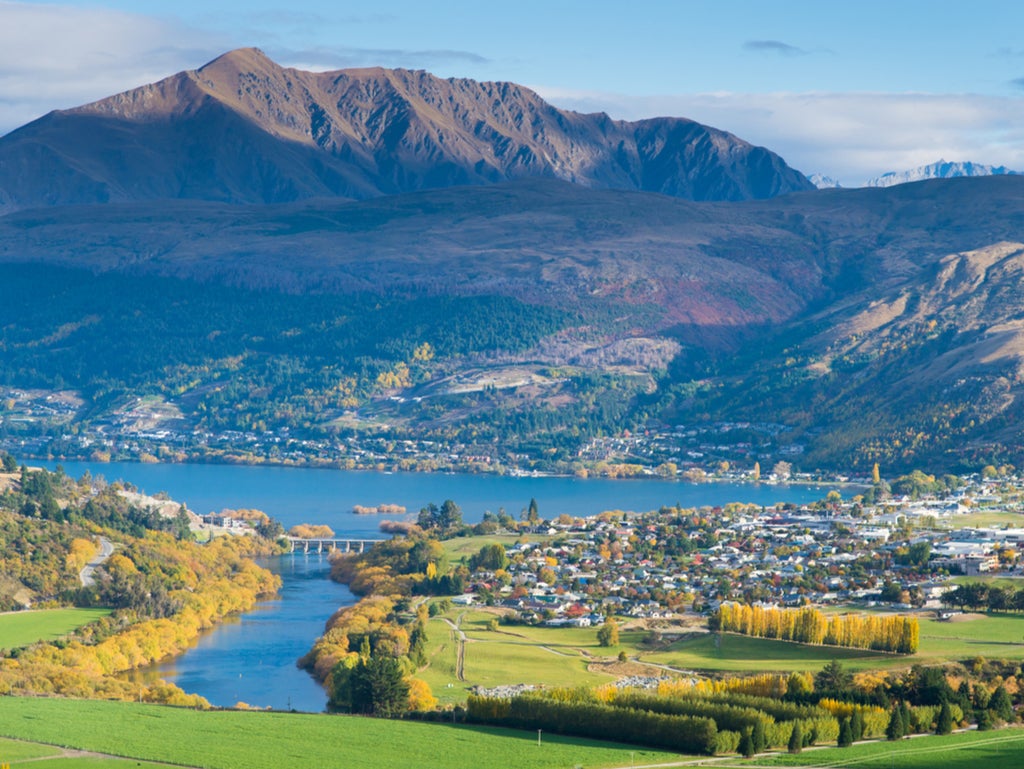 Travel Guides – These Republicans Are Tiptoeing Toward a Green New Deal