A large number of temporary and bridging visa holders will be cut off from their families this Christmas despite the planned easing of border restrictions, causing further agony and uncertainty for those stuck in Australia.

Restrictions are set to ease for some temporary visa holders in time for Christmas, including those on international skilled, student, humanitarian, working holiday and provisional family visas. This will allow them to leave and re-enter Australia without exemptions from 15 December.

But for holders of other types of temporary visas there is still no end in sight.

That’s left people like Italian citizen Giorgia Di Girolamo, who is on a distinguished talent visa and has applied for permanent residency, effectively stuck in Australia.

Her visa is not listed among those slated for exemption-free travel from mid-December.

Di Girolamo has not seen her family, including her dying grandfather, in more than two years.

Without an exemption, which she has been advised she is highly unlikely to get, she has no idea when she might be able to return to Australia if she chose to leave.

That would force her to quit her job and abandon the life she has built in Australia since 2017.

“I got to the point where I was very angry and I was thinking, oh, I could give up everything just because I want to see my family,” she said. “But of course that is irrational and I actually want to stay here. My job is here and my life is here. I don’t want to … lose everything.”

Di Girolamo said she was deeply frustrated and cannot understand why some temporary visa holders are benefiting from the 15 December change, but not others.

Joanne Davis, a British citizen. is in a similar situation. She has been in Australia since 2019, first arriving on a working holiday visa, and is now on a bridging visa.

It’s been three years since she saw her family. Her father has severe glaucoma and is going blind.

“They’re devastated, to be honest,” Davis said. “The other day I had quite an emotional call with my mum and she said: ‘Look, I’m really starting to lose hope as to when I’m ever going to see you again’.”

Davis recently started a petition on behalf of bridging visa holders, questioning why the exemption-free travel was not being afforded to them. It now has almost 9,000 signatures.

“We pay our taxes, we provide essential skills, received double vaccinations and contribute to the economy,” the petition reads. “It’s discriminatory to stop us from visiting our friends and families while others can.”

Davis, like Di Girolamo, has been told that her chances of obtaining a travel exemption on compassionate grounds is extremely low.

She’s now tossing up whether to leave Australia and give up on ever coming back.

“It’s a hard one, it’s really a 50:50 situation. Even my employer is really sympathetic with the fact that I can’t go home, which is making it even harder,” she said.

“Because I absolutely love my job and I’ve got an amazing employer, so for me, it’s really difficult to leave that, and leave all that I’ve built and my friends here.”

In response to questions about the inconsistent treatment of temporary visa holders, the home affairs department referred the Guardian to comments by the minister, Karen Andrews, and health minister, Greg Hunt, on Tuesday.

Andrews said the decision to delay the easing of border restrictions for some temporary visa holders to 15 December was based on medical advice and uncertainty about the Omicron variant.

“Australia’s response is absolutely appropriate to the risks of the Omicron variant,” she said. “So, for the skilled workers, and the international students in particular, who were looking to enter Australia post 1 December, I would say to them very clearly is Australia is definitely a destination that you should look towards coming to.

“This government has done an enormous amount of work to reopen our international borders. We haven’t taken a step back with this deferral. We are actually keeping in place the settings that we had already announced.”

Travel Guides – Utah girl, 10, commits suicide after being bullied for being Black, autistic

Travel Guides – A megachurch leader who calls himself ‘The Appointed Son of God’ threatened young girls with physical abuse and eternal damnation if they didn’t have sex with him, prosecutors say 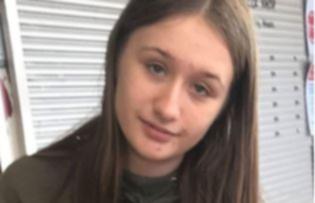 Girl, 12, missing in Sydney after disappearing near shopping centre