On The Voice’s top 11 results show last week, Team Blake contestant Wendy Moten face-planted on live TV after tripping over a monitor — a scary moment that temporarily halted production. Later on in that episode, Wendy, a consummate professional with a show-must-go-on attitude, put on a brave face and claimed that she was just “a little bruised.” But on this week’s top 10 performance show, viewers learned that her injuries were actually quite serious.

It was “Challenge Week” on The Voice this Monday, which meant that the top 10 contestants were tasked with singing songs from genres outside their respective comfort zones. Wendy, a seasoned background vocalist who has performed with Vince Gill, Carrie Underwood, and Martina McBride (and can handle just about any genre), probably wasn’t all that challenged being assigned a country song, Dolly Parton’s “Jolene.” But it probably was challenging for her to perform in not one but two arm casts.

“So, you had the fall onstage. The next thing I know, you’re telling [Voice host] Carson [Daly] you’re OK. Next thing I know, we were going to do rehearsals that night, and you’re in the hospital,” gasped Wendy’s coach, Blake Shelton. As it turned out, Wendy broke her right elbow and fractured her left hand when she “fell down pretty hard” last Tuesday. But that didn’t deter her from returning to the Voice stage this week to give it her all. “Just promise me you won’t break both your legs,” Blake joked, to which she quipped, “I’m not breaking nothin’! They’ll have to wheel me out in a wheelchair, and I’ll sing and they can wheel me back out.”

And so, as usual, Wendy made it all look easy — and not just because her on-point June Carter/Kacey Musgraves/Lana Del Rey styling effectively incorporated two glamorously bedazzled casts. Her intimate version of the country classic (which has been covered by everyone from Miley Cyrus and Lil Nas X to the Sisters of Mercy, Strawberry Switchblade, and the White Stripes) was flawless, showcasing her gorgeously resonant lower register. All of the panel was suitably impressed.

“I know what your week has been like. I mean, kudos for you for even being on the stage right now and getting it done,” marveled Kelly Clarkson. “To come out here like nothing happened to you and you’re perfectly fine, and to tell a story like that in such a sorrowful way, it was so beautifully sad. Well done.”

“By the way, America, I’ve never seen a better example of strength and perseverance and fearlessness standing on this stage. She’s here to win this thing,” declared a proud Blake.

While Wendy was literally out of her comfort zone, in the sense that she was likely in pain with all those broken bones, her fellow nine semifinalists were pushed in other ways. Let’s assess their performances, and predict who’ll be pushed off the show in Tuesday night’s double-elimination.

Holly noted that she’d never done disco before, though I doubted it would be a much of a stretch for her to take on a big, brassy, divalicious Donna Summer song, key change and all. That being said, this performance didn’t have quite the oomph and power I’d hoped for; it certainly wasn’t at a Summer level. The production value was also disappointingly lo-fi by Voice standards — where were all the mirrorballs and disco strobelights? However, eventually Holly got into the groove and even got a little funky. “Just when we think we have fallen as in love with you as we can possibly fall, and we’ve seen as much as we possibly can from you, you show us so much more. That was incredible,” raved Ariana Grande.

Jeremy tends to favor safe, old-fashioned pop ballads or Christian music, so doing an uptempo, wordy country jam by Brad Paisley and Jimmie Allen was definitely a stretch for him. But this was just OK. He didn’t have his usual “R&B smoothness” and he was a bit bland and forgettable. But Kelly insisted she was pleased with the result. “We all know you can sing the hell out of a ballad. It was so cool to see you so free like that. Your smile was the most beautiful thing on the planet,” she said — before begging America to vote for him. Jeremy really could be in jeopardy this week.

In a challenging Challenge Week, I’d say Jershika was the one who rose to the challenge most impressively, out of all the top 10. A pop/rock Paramore bop was a massive departure for the soul stylist, who grew up solely listening to gospel and R&B, but she brought so much sassy energy and fire to this performance, and she appeared totally at ease throughout. The song was a natural fit for her vivacious personality. “Oh my gosh. You’re so powerful! I know maybe you wouldn’t normally sing that song, but it was really rad to hear you do that your voice,” said Kelly. “You just knocked it out of the park. It was so brilliant and fun and powerful,” added John Legend.

Lana Scott, “The One That Got Away” (Team Blake)

Lana was smart to do a sorrowful Katy Perry story-song that she could easily countrify with steel guitar and fiddles. Sure, it could be argued that that wasn’t exactly this theme’s assignment — but as the only country contestant left in the competition, Lana wasn’t about to abandon her roots and risk alienating Blake’s fanbase. I do think this was a nice version that will connect with her (and Blake’s) audience and chart well on iTunes. Kelly called it a “Faith Hill country-meets-pop kind of vibe” that was “so rad,” and Blake told Lana, “The way you perform is so conversational, and it really came through in that song. … I don’t see any reason why we wouldn’t hear you singing that on country radio, because it fits right in. You made it work, and that’s the definition of what Challenge Week is.”

Joshua Vacanti, “If I Ain’t Got You” (Team Legend)

This theater kid admitted that he was “terrified” to tackle this Alicia Keys classic, but the dramatic love ballad definitely worked with his over-the-top showman style, particularly with the house band’s grand, orchestral arrangement. Joshua’s version wasn’t super-soulful, but he definitely made the song his own. Blake called him an “important artist for this show,” and John told him, “I love the creative risks that you take with every performance. You always find a challenge for yourself — not just during Challenge Week, but every week.”

This father/son duo has been inconsistent all season, particularly when it comes to their harmonies, but on this week’s Rihanna ballad, they were wise to let son Sasha, the stronger and purer singer of the two, do most of the vocal heavy lifting and take on most of the solos. While they still gave one of the weakest performances of the night, it was for sure one of their better performances of the season. John called it a “beautiful rendition” and praised the “crackle” and “heartache” in Sasha’s delivery, while Kelly’s praised Sasha’s “cool rasp.” I still think Sasha should have auditioned as a solo contestant this season.

Powerhouse Paris revealed that Lonestar’s wedding ballad meant a lot to him, in an unexpected way (when he was going through a hard time, feeling resentment and anger over the fact that he was adopted, he heard the song on the radio and it comforted him), and his connection was evident. He transformed it into an aching, urgent soul workout, and it was so powerful, especially during his big finish. “I was waiting for you to unleash the beast, and you finally did towards the end. You’re a stud, man. You’re going to the semifinals, I have no doubt about it,” proclaimed a pleased Blake.

Kelsea Ballerini’s crossover country song was a bit too pop to really pose that much of a genre challenge to Hailey. But even with such an easy assignment, it was still hard for her to top last week’s pimp-spot “Elastic Heart” tour de force. So yes, this was nice, but nothing special, and it got lost in the shuffle on a night with some spectacular, dramatic performances. Ariana was impressed by the 14-year-old’s growth, telling her, “When you first started, I feel like you had a lot of doubt and nerves. I feel like you questioned your own ability a lot. I don’t see a trace of that anymore. You’ve come into your own in such a gorgeous way.” But I think Hailey regressed his week and could be in danger.

I’m not sure why Kelly said this family folk trio hadn’t done anything like “Viva La Vida” before, when they did Britrock band Radiohead’s “Creep” just a few weeks ago. That performance was actually Girl Named Tom’s worst of the season, but this week’s show-closing Coldplay cover was stately and stadium-worthy, full of grandeur and grace. And that a cappella intro was everything. Blake even said this was Girl Named Tom’s best performance yet. Could they be the first trio to win The Voice, or at least the first group to make it to a finale since Season 4’s Swon Brothers? It’s quite possible.

So now, it is prediction time. On Tuesday’s live results show, seven artists will advance via the public vote, and then the bottom three vote-getters will perform for the Instant Save, with two of those contestants going home. I predict those bottom three will be Holly Forbes, Jeremy Rosado, Hailey Mia, with Holly most likely to crush the Instant Save vote in the three-way sing-off. See you Tuesday, when she find out who makes the top eight.

TravelGuides – China brought the first moon rocks back to Earth in 45 years. They hint at mysterious volcanic eruptions. 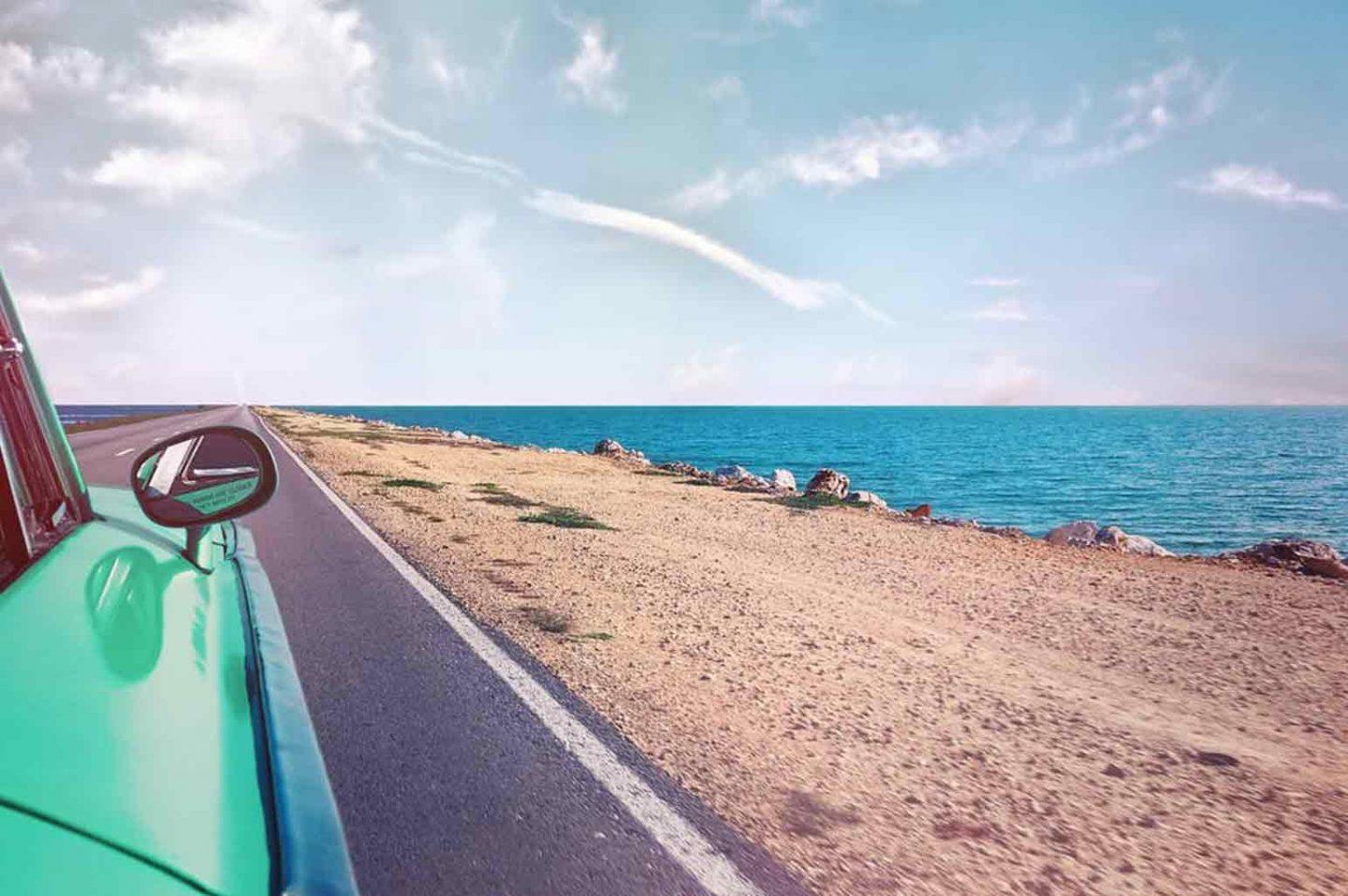 Useful Tips On How To Plan Your Next Perfect Getaway

Global hotel values fall due to pandemic, recovery anticipated by 2025 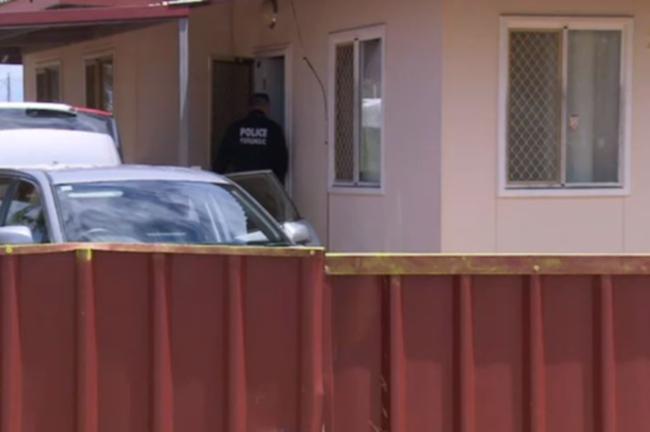 Cleo Smith search: Why WA Police detectives have returned to the missing girl’s family home in Carnarvon for a third time