VIBES WILL ONLY TAKE YOU SO FAR

It’s been a busy 48 hours for Manchester United, whose latest Premier League shellacking was so humiliating it prompted an emergency five-hour board meeting at which the decision was taken to finally relieve Ole Gunnar Solskjær of duties it has been abundantly clear for some time now he is not equipped to carry out. Quite what those involved in the Zoom call spent the other four hours and 59 minutes discussing remains unclear, although the best manner in which to publicly distance themselves from their own responsibility for the shambles over which their Norwegian patsy has presided in recent months may have come up.

Like many others, your cynical Fiver found its mind well and truly boggled that the club’s Fan Sentiment Graph guys somehow persuaded Ole to film a tearful, touching and click-tastic video farewell in which he wished their newly appointed pre-interim interim manager Michael Carrick all the best, before trundling out of the club training ground consigned to the wheel of nothing more powerful than his Range Rover. We can but hope his former counterparts Brendan Rodgers, Rafa Benítez and Mikel Arteta were around to buy him a drink, considering how much his dismissal managed to deflect attention away from their respective teams’ similarly inept performances over the weekend.

Fast forward to Monday, when it emerged that Ed Woodward is reportedly reconsidering the reconsideration of his role as the club’s executive vice-chairman, a position he was supposed to leave at the end of the year following his controversial and unpopular promotion of the €uropean $uper £eague. With his long track record in the field of hiring quite obviously unsuitable managers when far better ones are available, he clearly doesn’t want to be ultimately remembered as the man with the keen eye for a noodle partnership who shot Bambi and has presumably decided he is the man to hire Rodgers, Zinedine Zinedine or current bookies’ favourite Mauricio Pochettino.

With Solskjær gone, United’s players will have turned up to catch their flight to Villarreal with renewed vim and vigour, which will have quickly dissipated when they realised his departure simply means each member of his uninspiring and less-than-stellar coaching team will simply be scooching one seat up on the bench. “The players need to take responsibility,” honked Harry Maguire, one of many United players who increasingly talks and tweets a far more impressive game than he plays.

Once more, with feeling.

“Can I be the first of the 1,057 to say that for Manchester United to dispense with Ole Gunnar Solskjær is blatantly unfair. The 12 clubs United have already played get a distinct advantage over the seven they haven’t” – Martin Landrygan (and no others).

“It’s worth noting that Solskjær made his name as a player in a match in which United scored two goals in stoppage time, and ended his role as manager of the club after United shipped two in stoppage time” – Peter Oh.

“It seems little remarked on that only the Premier League’s top four and Crystal Palace (at a minimal +1) have positive goal differences. Does this reflect poor attacks or poor defences, or indeed both? Maybe The Fiver should set up a judge-led public inquiry” – Richard Hirst.

Send your letters to [email protected] And you can always tweet The Fiver via @guardian_sport. Today’s winner of our prizeless letter o’ the day is … Peter Oh.

Lyon will have to play behind closed doors pending an investigation into the crowd trouble – including Dimitri Payet being hit by a bottle – that prompted Sunday’s match against Marseille to be abandoned. “Everyone must understand that it’s the survival of French soccer that’s at stake,” said sports minister Roxana Maracineanu.

Get ready for more underwhelming but generally sensible management of the England men’s team now Gareth Southgate has extended his contract until Euro 2024.

Whizzy 18-year-old Barcelona playmaker Pedri has won the 2021 Golden Boy gong for being the most top, top, top under-21 player in Europe.

Antonio Conte is plugged in and ready to power Tottenham towards the top four after their 2-1 comeback win over Leeds. “I have a great passion,” he roared as lightbulbs flickered all around N17, “and I want to transfer my passion into all of this environment.”

Hibs will meet the Queen’s Celtic in the CIS Insurance Cup final after Martin Boyle’s hat-trick saw off the Pope’s Newc O’Rangers 3-1. “I am a bit dizzy,” cheered Boyle. “I’ve just read all my messages from friends and family.”

And 2011’s Jack Rodwell, 30, has yelled “I’ve got the best years ahead of me” after his 13-minute debut for Western Sydney Wanderers in a flamin’ 0-0 draw with Sydney FC.

Ole Gunnar Solskjær’s removal will not solve Manchester United’s problems, reckons Barney Ronay. Meanwhile, Jonathan Wilson is of the opinion that Cristiano Ronaldo is the biggest problem for Ole’s successor. And here’s John Brewin on what United need to do now.

Handy timing but here’s a red-hot chat with Mauricio Pochettino, who doesn’t appear to be wholly loving life at PSG.

Ten talking points from the Premier League’s weekend action, right here. And here’s a review of the latest round of WSL matches, too. You’re welcome.

Luciano Spalletti wasn’t the only one left floored by the dizzying drama in Serie A at the weekend, writes Nicky Bandini.

Union were crowned the new kings of Berlin after their dominant derby win over Hertha, reports Andy Brassell.

Jonathan David is emerging as an elite striker at Lille. Where will he go next, asks Adam White. Meanwhile, Raphaël Jucobin reckons clubs and authorities must stop blaming each other to end crowd trouble in Ligue 1.

Will the Human Rights World Cup change Qatar or is it more the other way round? Sean Ingle asks the legacy question. 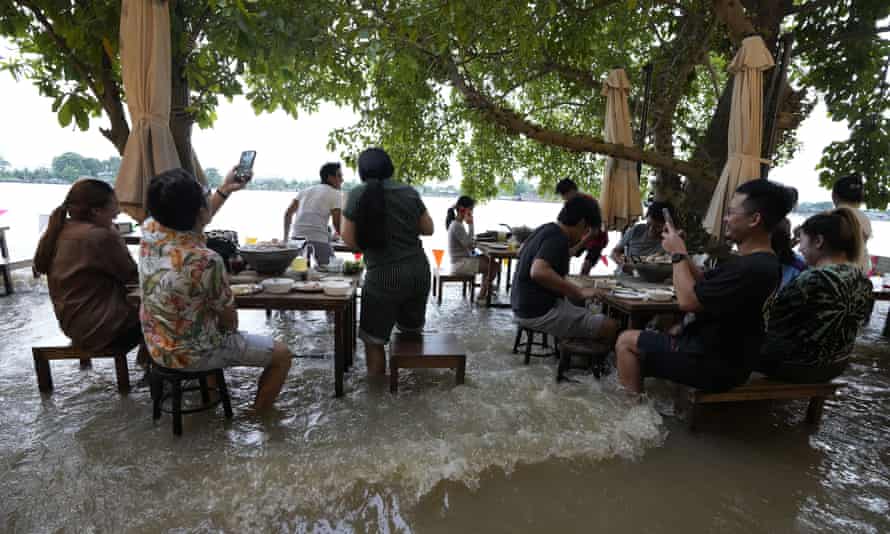