TravelGuides – The most unsafe passage to Europe has claimed 18,000 victims. Who speaks for them? | Lorenzo Tondo

In the early hours of 21 June, somewhere in the vast expanse of the central Mediterranean, a Médecins Sans Frontières team on board a rescue vessel received a distress call. The motor of a small boat carrying asylum seekers from Libya had broken down, and the vessel was taking in water.

These are the first dramatic scenes in Unsafe Passage – a Guardian Documentaries film by Ed Ou for the Outlaw Ocean Project, released today – but they are also the first moments in a race against time that repeats itself again and again in the stretch of sea separating Europe from Africa.

If the Libyan coastguard makes it to the boat before the rescue crew, the refugees will be pushed back to Libyan detention centres at gunpoint. And if neither MSF nor the Libyans reach the vessel, other lives will be lost in this giant watery graveyard that has already claimed thousands of asylum seekers: more than 1,300 have died or gone missing while attempting to cross the central Mediterranean so far this year alone.

But Europe has not only cast a blind eye on the horror, it has also made the rescue of these people, and the lives of the rescuers, increasingly complicated.

In February 2017, Europe ceded responsibility for overseeing Mediterranean rescue operations to Libya. The deal, struck between Rome and Tripoli, aimed at reducing migration flows across to Europe. Since then, Italy has spent millions of euros to train the Libyan coastguards, and to supply them with numerous patrol vessels. The goal is to help them stop migrants from reaching Sicily and return them to Libya, where they frequently suffer violence and torture in detention centres.

The result has been disastrous, exposing the contradictions of that agreement and the hypocrisy of the EU toward the migration crisis.

The foremost paradox is represented by Libya, a politically unstable country still licking its wounds after its civil war. Italy has indirectly defined Libya as a safe country, even though the Italian authorities have often granted refugee status to asylum seekers in recognition of their having been subjected to torture and sexual abuse in Libya. While Rome criticises Libya for its abuse of refugees, just last year Italy renewed its agreement with the the country’s coastguard.

The coastguard is made up of many ex-militia men with allegedly strong ties to human traffickers. In October 2020, authorities in Tripoli arrested Abd al-Rahman Milad, known as Bija, a coastguard commander, over allegations of being behind the drowning of dozens of people. In 2018, the UN alleged Bija was a facilitator of human trafficking and part of a criminal network. Libyan authorities dropped the charges against him in April, citing a lack of evidence, while Milad has denied any links to human smuggling. Last year, an investigation by the Italian newspaper Avvenire claimed he was present at a series of official meetings in Italy in May 2017.

Their methods are reported to have been brutal. In July of this year, footage emerged appearing to show the Libyan coastguard firing on a small wooden boat in distress carrying families, and trying to ram it. The coastguard vessel was PB 648 Ras Jadir – one of several patrol boats supplied to Libya by Italy.

Since Europe washed its hands of Mediterranean rescue operations, NGOs have covered the void. Thanks to donations, dozens of charities have put crews on board ships and saved thousands of people. MSF alone has assisted more than 80,000 people.

Yet, over the past four years, charities have been the subject of dozens of investigations launched against them by Italian prosecutors, accusing aid NGOs of complicity in people smuggling. With Europe cracking down on migration, aid workers found themselves facing prosecution, as rescuing refugees became increasingly criminalised. In 2019, Italy introduced a security decree imposing fines of up to €50,000 (£42,700) for boats bringing asylum seekers to Italy without permission.

Most of these investigations are eventually dropped, but the ships remain under seizure in Italian ports, unable to assist people at sea – who continued to die by the day. Since 2017, the Iuventa, a former fishing vessel run by the German NGO Jugend Rettet, has been rotting on a quay in the port of Trapani after prosecutors ordered its seizure.

During the course of the investigation against Iuventa, the Italian police wiretapped some conversations between the Libyan and Italian coastguards. Among the various recordings, which laid bare the indifference of many Libyan officials to the plight of asylum seekers and to international law, was the response of one Tripoli coastguard commander responding to a mayday call: “It’s a day off. It’s a holiday here. Perhaps we can be there tomorrow.” (The coastguard has since said that he is unable to answer questions relating to this because “it would be too hard to find the recordings of these events”.)

In a just world, with this evidence, a country that calls itself democratic and respectful of human rights should have reversed the trial – putting the Libyan authorities in the dock and the charities on the witness stand.

Instead, we are still counting the deaths: an estimated 18,580 since 2014, in this most unsafe passage to Europe.

TravelGuides – The most unsafe passage to Europe has claimed 18,000 victims. Who speaks for them? | Lorenzo Tondo 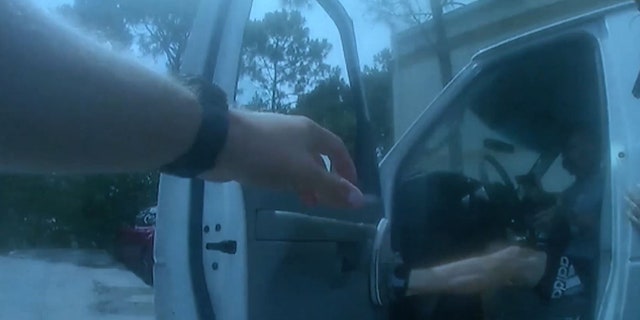 Travel Guides – Jaguars players yelled ‘Grind!’ in a huddle days after a video of their coach dancing with a woman at a bar went viral