TravelGuides – Pulling the switch: how to find a new clean energy provider in Australia | Consumer affairs

“I feel kind of betrayed,” Parlby tells Guardian Australia. “Customers decided to pay more for Powershop, to ensure we get greener electricity. To then be bought by one of the biggest fossil fuel polluters on the planet is … munted.”

Dr Nikola Casule, head of Greenpeace research and investigations, says the customer disappointment comes down to a “real disconnect” between Powershop’s image and “where customers’ money will now end up”.

Powershop ranked first in the most recent Greenpeace Green Electricity Guide, published in 2018. “It is determined by various factors, including emissions intensity and support for progressive climate change policy,” Casule said.

“That led to a lot of people, who wanted to go with renewable providers, choosing Powershop for their green credentials.”

While many like Casule call Shell’s acquisition of Powershop a “greenwash shield”, others like Jesse Lawson, product manager for utilities at Canstar Blue, see this as Shell “moving into a more renewable space”.

“It is these companies that we need to see taking action, because their action is what will drive change across the industry,” Lawson says.

Customers like Parlby have a lot to weigh up.

“I’m not going to a big energy company knowing they invest in fossil fuel projects,” Parlby says. “And it’s hard to find a clean provider that covers both gas and electricity.

“As a young person I also need to consider my budget, but I don’t want to worry about compromising my morals. I want to keep making climate conscious decisions.”

In the wake of Powershop’s acquisition, finding another clean power company that checks all the boxes may seem an overwhelming feat.

Casule says there are “a few different things” Australians should consider if making the switch to a new clean energy provider.

Casule outlines the three types of electricity retailers we have to choose from.

“You have Gentailers (a combination of generators and retailers), that include giants like AGL, Shell and Origin.” Casule says these energy giants are generally “bad with climate”.

“Then you have many retailers who source from as close to 100% renewable sources. And you have companies in the middle, that are usually profit-driven retailers.”

Looking into each option involves comparing your budget with your climate priorities, and learning whether a retailer’s parent company engages in fossil fuel extraction. “I would imagine Powershop would score worse on that criteria now,” Casule says.

For homeowners, Lawson says “if you do want to put your money into renewable energy, investing in solar power is also an option”.

It’s not easy to see the full picture

Next, Casule reminds us that “unfortunately, the way our electricity system works is actually quite opaque”.

Over the last 30 years, however, public electricity utilities have been sold to private owners at various rates across each state. This introduced an additional step that wasn’t there before. Now, generators sell electricity into a wholesale market, and retailers buy from that market to sell on to consumers, at a mark-up.

“Anybody with an internet connection and a laptop can set up an energy retailer,” Casule says. “You don’t need big steam boilers. You just need a retail licence.”

Ultimately, price is “the biggest factor for lots of individuals,” Lawson says. “The amount you pay for power can make a large difference to someone’s everyday spending.”

But those prices can creep up. Casule explains most energy companies “make money off inertia”.

“They attract people with a deal. And after a year, rates go back to the normal expense. It is made intentionally difficult to switch once that happens.

“And that’s part of why it is difficult to figure out what you’re getting, for how much you’re paying.”

Casule says to “learn how much you would be paying per kilowatt hour of electricity with one retailer, and compare to rates across other retailers”.

At the same time, he urges consumers “look as close to 100% renewable retailers as possible”.

When wanting to confirm a retailer’s carbon offset is legitimate, Lawson points to schemes like Climate Active and Green Power. “These are government-mandated partnerships with businesses, mandating that they do the right thing in their carbon offset efforts.” Lawson suggests “looking out for those logos on a retailer’s site when researching and comparing”.

With more than 80 retailers to choose from, and differing climate schemes per state, weighing up your options may get complicated. An updated Green Energy Guide will be published by Greenpeace early next year, which may make the process easier. You can sign up to be notified when the new guide is released.

In the meantime, here are a few providers to kickstart your perusal of clean energy options, though not every provider will be available to every Australian.

Diamond Energy own only renewable assets, with zero emissions intensity, and present a strong public position against fossil fuels investment. The Melbourne-based private retailer came in second in Greenpeace’s 2018 Green Electricity Guide with a five out of five stars.

Amber Electric entered the market in 2017, promising to provide electricity that is both “cheaper and greener”. Offering customers direct access to wholesale electricity prices – which drop when more solar and wind power is produced – Amber state they aim to support renewables, and the shift away from fossil fuels.

Enova is a smaller community owned retailer based in the Northers Rivers of New South Wales, with a goal to support communities self-powering with local renewable energy. With over 5000 customers in rural and regional NSW, Enova invests half of its profits back into community-run energy projects and education.

Though Momentum Energy doesn’t rank as high as Powershop on the 2018 Green Electricity Guide, they do offer the convenience of both electricity and gas in one place. The Tasmanian government-owned provider owns mostly renewable assets, with close to zero emissions intensity, and presents a strong public position against fossil fuel investment.

TravelGuides – Pulling the switch: how to find a new clean energy provider in Australia | Consumer affairs 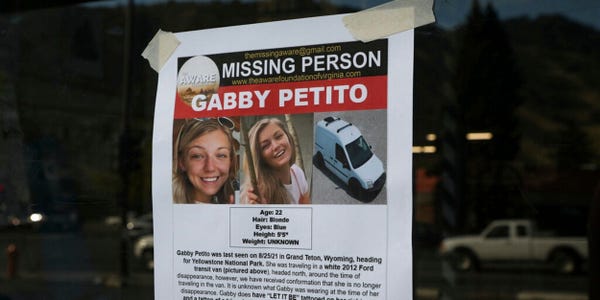 Which amber countries will let in British holidaymakers?