Boris Johnson believed in 2012 that the Parthenon sculptures should “never have been removed from the Acropolis,” and admitted that ideally they would continue to be seen in their entirety in Athens, a letter shared with the Guardian reveals.

Writing to a provincial Greek official, the then mayor of London and future British prime minister noted: “This is a matter on which I have reflected deeply over many years. In an ideal world, it is of course true that the Parthenon marbles would never have been removed from the Acropolis and it would now be possible to see them in situ.”

The letter, which appears on City Hall paper, was drafted in response to an appeal by George Hinos, then head of the New Democracy party in Ilia, the Peloponnesian region that is home to ancient Olympia. It was first published in Proini, a local newspaper.

Hinos had written to the London mayor on 28 March 2012, less than two months before the Olympic flame was due to be lit in the ancient sanctuary and handed over to the British delegation ahead of the Olympic Games.

“In the name of justice and morality, we implore you to begin the procedure for the return of the Greek sculptures,” he wrote, describing the “deep wound” Lord Elgin had caused when as Britain’s then ambassador to the Ottoman Empire – in circumstances that still remain disputed – he had the carvings hacked from the monument.

Johnson, who was among those who flew in for the event, responded that he had concluded that if the marbles were removed from the British capital, it would amount to “grievous and irremediable loss”.

The letter ended: “Much as I sympathise with the case for restitution to Athens, I feel that on balance I must defend the interests of London.”

As prime minister, however, the Tory’s stance has hardened noticeably.

Last week during talks with his Greek counterpart, Kyriakos Mitsotakis, he ruled out discussing the issue, saying it was a matter for the British Museum, despite Unesco stipulating that intergovernmental talks should take place to resolve the long-running dispute.

Earlier this year, as Mitsotakis made clear he would be formally raising Athens’ longstanding request, Johnson insisted that the classical-era antiquities had been acquired legally.

Speaking to the Greek newspaper Ta Nea, he said: “The UK government has a firm, longstanding position on the sculptures, which is that they were acquired legally by Lord Elgin under the appropriate laws of the time and have been legally owned by the British Museum’s trustees since their acquisition.”

The Greek government has vowed to win over the hearts and minds of Britons as part of a new campaign to reunite the missing sculptures with the rest of the monumental frieze in Athens.

Officials have been emboldened by a new YouGov poll released at the weekend showing 56% of respondents in the UK to be in favour of repatriation and the marbles being displayed at the Acropolis Museum at the foot of Pericles’ masterpiece.

Asked for comment, a No 10 spokesperson said: “As the prime minister told the Greek prime minister last week, all decisions on the Parthenon sculptures are a matter for the British Museum.

“It is the longstanding position of the prime minister and the UK government that the Parthenon sculptures were acquired legally in accordance with the law at the time.”

Travel Guides – Matt Hancock and aide ‘all over each other’ this week, reports say 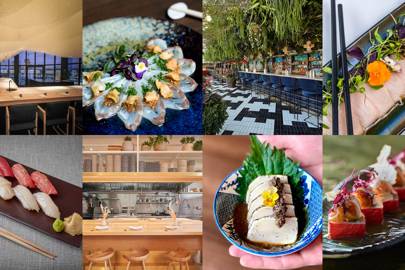 The 10 best sushi restaurants in London 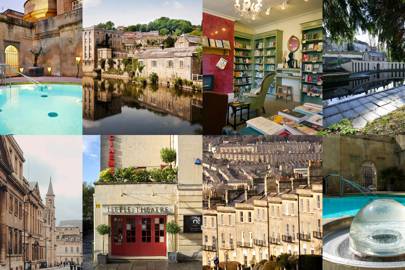 Secret things to do in Bath