Dutch health authorities announced on Tuesday that they found the new Omicron variant of the coronavirus in cases dating back as long as 11 days, indicating that it was already spreading in western Europe before the first cases were identified in southern Africa. The RIVM health institute said it found Omicron in samples dating from November 19 and 23.

Those findings predate the positive cases found among passengers who came from South Africa last Friday and were tested at Amsterdam’s Schiphol airport.

“It is not yet clear whether the people concerned [in the earlier cases] have also been to southern Africa,” the RIVM said, adding that the individuals had been informed of their Omicron infections and that local health services had started contact tracing.

“In the coming period, various studies will be conducted into the distribution of the Omicron variant in the Netherlands,” the institute said, noting that it would also re-examine more samples from previous COVID test results.

Belgium and Germany have also said that sample tests confirm the variant was in those countries before South African health officials alerted the world on November 24 to its existence.

South African scientists have been praised for first detecting the new variant and alerting global health authorities to it last week. But Omicron has now spread to about 20 other countries, and amid mounting concern that it could be significantly easier to pass from person to person, and that it could have at least some resistance to current treatments and vaccines, many nations have imposed travel restrictions on passengers from southern African nations.

South African politicians and scientists have said they feel as though they’re being punished for their advanced COVID-19 screening program, which caught the variant and enabled other nations to respond quickly to it, but has resulted in the travel bans which largely target southern African nations.

Japan and France confirmed their first cases of the new variant on Tuesday as countries around the world scrambled to close their doors, and scientists raced to test existing drugs against it.

It remained unclear on Tuesday whether the Omicron strain makes people more severely ill than the already-well-known variants, but the World Health Organization has warned that the global risk it poses is “very high” based on early evidence.

WHO chief Dr. Tedros Adhanom Ghebreyesus said it could lead to surges around the world with “severe consequences.”

On Monday, President Biden and his top medical policy advisor Dr. Anthony Fauci said the variant was not a cause for panic, but that it was a cause for concern. The U.S. Centers for Disease Control and Prevention has already taken action, expanding its vaccine guidance on Monday night to recommend that all U.S. adults get a booster shot.

American epidemiologist Dr. Michael Osterholm, Director of the Center for Infectious Disease Research and Policy at the University of Minnesota, told CBS News on Tuesday that the U.S. could be in for a rough winter if people don’t take that advice.

“People don’t realize we’re more susceptible today in this country as a whole because of the number of people who are now six, seven or eight months out who have not gotten their boosters and who are now starting to revert back to a much higher risk,” he said.

Overnight, the CEO of vaccine maker Moderna was quoted as saying the existing vaccines may be significantly less effective against Omicron, telling the Financial Times: “All the scientists I’ve talked to… are like, ‘this is not going to be good.'”

But most scientists, including the ones who developed the Oxford University/AstraZeneca vaccine, have reserved judgement, pointing to the lack of clear information and urging people to wait until current research yields real data from experiments on the variant. That’s expected to take up to two more weeks.

“Despite the appearance of new variants over the past year, vaccines have continued to provide very high levels of protection against severe disease and there is no evidence so far that Omicron is any different,” AstraZeneca said in a statement. “However, we have the necessary tools and processes in place for rapid development of an updated COVID-19 vaccine if it should be necessary.”

All the major Western vaccine makers, in addition to the producers of Russia’s domestic Sputnik vaccine, have said they are already working on, or ready to work on, tailoring their formulas specifically for the new variant, if it should prove necessary.

Local and state officials in the U.S. and elsewhere, however, aren’t waiting to find out. In addition to the chorus of officials calling on people to get their vaccines and booster shots, some measures have been reinstituted around the world already.

New York City has issued new advisories recommending a return to masking indoors, and across England, masks were again compulsory in crowded or indoor public settings from Tuesday.

“We’re telling you to get those masks back on now,” New York City Mayor Bill de Blasio said on Monday. “It’s smart to do.” 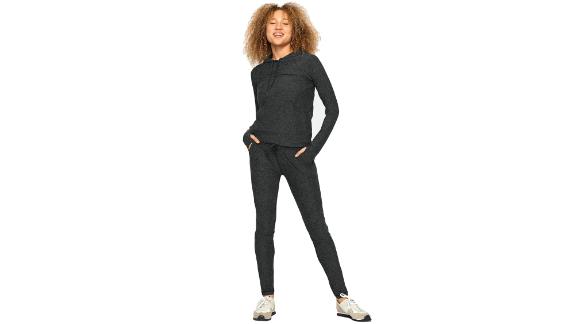 Best lounge pants, according to experts