TravelGuides – Most Omicron cases so far have been mild, but experts say it will take weeks to understand how severe the variant can be

Early reports on Omicron suggest the coronavirus variant may cause mostly mild illness compared to other strains, but public health experts are not making that call just yet.

Across Africa, Europe, and the US, the variant has raised concern due to its high transmissibility and potential ability to evade preexisting immunity.

There are hints of a hazy silver lining: Most confirmed Omicron cases so far have been mild or asymptomatic.

However, experts across the world, including at Europe’s CDC, have cautioned that it will take several weeks until we have concrete data on hospitalizations related to Omicron. Until we have those numbers, it’s somewhat futile trying to understand the variant’s severity at the population level, they say.

“Without knowing the age of the individuals, whether they had preexisting health conditions, so on and so forth, it’s difficult to really draw any conclusions,” Nirav Shah, president of the Association of State & Territorial Health Officials, said in a media briefing Thursday. “Old saying, ‘the plural of anecdote is not data’ applies with particular force here.”

Half of the 70 confirmed Omicron cases identified in Europe so far have been asymptomatic, and the other half presented with mild symptoms, the European CDC wrote in a new threat assessment regarding Omicron Thursday.

The first patients identified to have Omicron in South Africa and Botswana in early November also had mild symptoms, Angelique Coetzee, the doctor who first spotted the new variant, told the BBC.

The patients she’s seen have reported one or two days of severe fatigue and body aches, but not the shortness of breath or loss of taste and smell that have come to be associated with COVID-19, she said.

The symptom profile struck Coetzee as unlike Delta, and similar cases continued to emerge that day and in coming weeks.

“We have not seen a vast increase in hospitalizations, but this is still early days,” Pillay said in a media briefing Monday. “Hospitalizations often come several days after a rise in confirmed cases.”

Delta taught us not to make assumptions early on

In South Africa, health officials have reported an “unprecedented” uptick in hospitalizations among children under the age of 5 since Omicron was detected.

However, some experts have recalled the rush to make meaning around the Delta variant when it first emerged.

Early reports suggested that Delta was causing more serious illness in children, but as time went on and more data was gathered, it became clear there wasn’t a strong association, Müge Çevik, an infectious disease specialist at the University of St Andrews, UK, told Nature.

“Everyone is trying to find some data that could guide us,” she told the scientific journal’s news team. “But it’s very difficult at the moment.”

Omicron has mainly been detected in younger adults so far

Much of what we know about Omicron comes from South Africa, where reported cases have been mild but mainly among under-40s.

“Most of these patients have been treated at home,” Pillay said in the press briefing Monday. “Vaccinated people tend to do much better.”

Just under 30 percent of people in South Africa have been fully vaccinated, according to Our World in Data. But the country has a relatively young and healthy population compared to the US and parts of Europe, Moderna CEO Stephane Bancel told CNBC, so it may not be the best predictor of how Omicron will affect other parts of the world.

In Europe, the majority of Omicron cases detected “have not been of older age and were fully vaccinated,” according to the ECDC report. Given that many were travelers returning from African countries, they could also be assumed to be healthier than the general population.

Experts have warned that older and unvaccinated individuals have a higher risk of developing severe COVID-19 symptoms compared to the rest of the population. While the COVID-19 vaccines have continued to prove effective at reducing hospitalization and deaths, even where the risk of infection with a tricky variant is present, it has yet to be seen how Omicron affects more vulnerable groups.

TravelGuides – Most Omicron cases so far have been mild, but experts say it will take weeks to understand how severe the variant can be 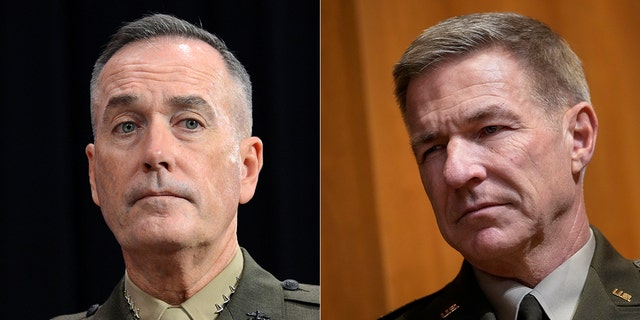 TravelGuides – Cops are collapsing after touching fentanyl, but you can’t overdose from skin contact. The likelier story? Panic attacks.