The elaborate ceremony on Tuesday – presided over by the French president, Emmanuel Macron – focused on Baker’s legacy as a resistance fighter, activist and anti-fascist who fled the racial segregation of the 1920s US for the Paris cabaret stage, and who fought for inclusion and against hatred.

Members of the French air force carried a coffin containing handfuls of soil from four places where Baker lived: the US city of St Louis where she was born; Paris, where her music hall performances subverted racial and sexual stereotypes and made her the highest-paid performer of her time; the Château des Milandes, where she lived, in south-west France; and Monaco, her final home. The coffin was placed in a tomb reserved for her in the Panthéon’s crypt. Her family has requested that her body remain buried in Monaco, where she died aged 68 in 1975.

Projections outside the hallowed Parisian monument recalled scenes from Baker’s life, which the Élysée Palace called “incredible”, describing her as an exceptional figure who embodied the French spirit. Macron’s office said this was recognition that Baker’s “whole life was dedicated to the twin quest for liberty and justice”.

In a speech, Macron said: “She was on the right side of history every time – she made the right choices, always distinguishing light from obscurity.” He detailed the racist violence of her childhood in Missouri, when as a young child she had to serve rich white families, and was brutally mistreated, in order to provide food for her brothers and sisters. He hailed the comic genius of her Paris cabaret performances that “ridiculed colonial prejudices”.

He said during the second world war she had served France “without seeking glory” and that as a civil rights activist “she defended equality for all above individual identity”. Though born American, Macron said, “no one was more French” than Josephine Baker.

Baker was born in Missouri in 1906, left school at 13 and as a child had witnessed terrifying riots and violence against Black people that resulted in thousands being displaced. She later said her birth city “had a terrible effect on me”. Like other Black American artists arriving in Paris at the time, she moved from the US to escape racial segregation. “I just couldn’t stand America, and I was one of the first coloured Americans to move to Paris,” she told the Guardian in 1974.

“The simple fact to have a Black woman entering the Panthéon is historic,” the Black French scholar Pap Ndiaye, an expert on US minority rights movements, told the Associated Press. “When she arrived, she was first surprised like so many African Americans who settled in Paris at the same time … at the absence of institutional racism. There was no segregation … no lynching. [There was] the possibility to sit at a cafe and be served by a white waiter, the possibility to talk to white people, to [have a] romance with white people,” Ndiaye said.

“It does not mean that racism did not exist in France, but French racism has often been more subtle, not as brutal as the American forms of racism,” he added.

Baker was 19 when she arrived in Paris and became famous for her music hall appearances including dancing the Charleston at the Folies-Bergère cabaret hall wearing a skirt made of fake bananas. France was a colonial power and Baker’s routines are hailed now for the way she subverted colonial fantasies about Black women and the stereotypes they had to face.

With the rise of Nazism and the outbreak of the second world war, Baker was quick to join the anti-fascist fight. In 1938 she had already joined the group known today as Licra, a prominent antiracist league. From 1939, she worked for France’s counter-intelligence services against the Nazis, joining the resistance and notably collecting information from German officials she met at parties. As a spy for France’s wartime leader-in-exile, Gen Charles de Gaulle, she obtained information on the Italian dictator Benito Mussolini and sent reports to London written in her music sheets in invisible ink. She had a pilot’s licence at a time when this was exceptional for women, and became a lieutenant in the French air force’s female auxiliary corps, gaining military decorations.

“France made me who I am,” she later said. “Parisians gave me everything … I am prepared to give them my life.”

Later, as a civil rights activist, she was the only woman to speak at the 1963 March on Washington before Martin Luther King’s “I have a dream” speech. She was wearing her French military uniform. In France, she also waged a fight against discrimination, adopting 12 children from different ethnic backgrounds and countries across the world to form what she called a “rainbow” family, who she raised at her chateau in the Dordogne region. She said she hoped their lives would show that “racial hatred is not natural. It’s an invention of man.”

Baker will be just the sixth woman to be honoured in the secular temple to the “great men” of the French Republic. She is the fourth person of colour to be commemorated in the Panthéon, after three men: Félix Éboué, the governor general of French Equatorial Africa, who entered in 1949; the author Alexandre Dumas, who entered in 2002; and the poet and politician Aimé Césaire, who entered in 2011.

The ceremony – led by Macron, who chose to give Baker France’s highest honours after her supporters and families had petitioned for years – is seen as a move of political symbolism regarding France’s role as an inclusive society. The debate ahead of next spring’s presidential election has been dominated by hard-right rhetoric over national identity and immigration. The far-right TV pundit Éric Zemmour, who holds convictions for inciting racial hatred, has declared he will run for president to “save” France from being destroyed by immigration.

Macron’s office said it was a sign of the universal affection for Baker in France that there was complete political consensus around her honours.

Baker died from a brain haemorrhage days after a final smash-hit cabaret show in Paris celebrating her half-century on the stage. She had told a French TV interviewer: “I don’t like the word hatred … We weren’t put on Earth for that, more to understand and love each other.” 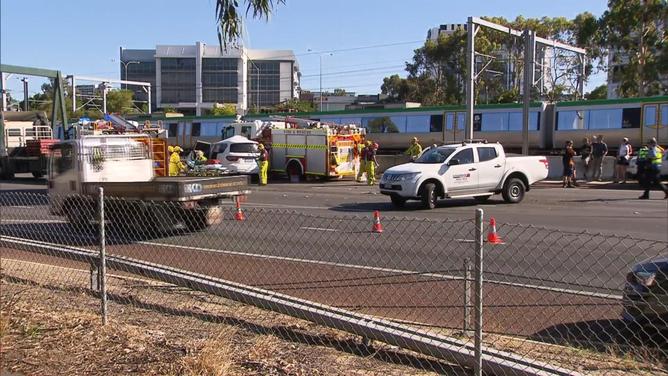 Mitchell Freeway crash: One dead, another fighting for life after peak-hour smash leaves Perth in gridlock

Coronavirus Edition, XLVII: Films To Shelter With, From MLK To Bruce Lee, And Following The Border

TravelGuides – ‘The court of God will be waiting for him’: Iraqis react to Colin Powell’s death | Colin Powell