The Morrison government is preparing to consider legislation to establish an Indigenous voice to parliament, amid calls for the new mechanism to be enacted “as soon as possible”.

Guardian Australia understands that the final report of the Indigenous voice co-design panel will be considered by cabinet as early as next week, with sources saying that legislation to fulfil its recommended model is “imminent”.

But the issue – and whether to legislate without it being constitutionally enshrined through a referendum – is set to split the Indigenous community, with mixed views about the merits of what some perceive as “incremental” reform.

The move from the minister for Indigenous Australians, Ken Wyatt, to have legislation introduced to parliament in this term of government will also face an uphill battle because of time constraints, with only two sitting weeks left before parliament rises for the year.

If an election is called in January, the final sitting fortnight of this year is the last opportunity for the government to introduce legislation before the election.

The co-chair of the design panel, Tom Calma, told Guardian Australia the design panel, which has been consulting on its recommendations for the model for the Indigenous voice since October 2019 was “very keen to see it happen before the election”.

“I am very keen from a personal perspective that this happens as soon as possible. It is important and that is what the community want,” Calma said.

The government has ruled out enshrining the voice in the constitution, first proposed in the Uluru Statement from the Heart in 2017, but Wyatt has been working to firm up support for a legislated body as a significant step that avoids the difficult issue of constitutional change that is opposed by many within the Coalition.

The Uluru statement recommended a constitutionally enshrined voice to parliament, a Makarrata or truth-telling commission, and an eventual treaty between Indigenous and non-Indigenous Australians.

Calma said the final report did not canvass the possibility of a referendum to enshrine the voice in the constitution, saying the panel had only considered the design of the new voice. He also said that there was pragmatism within the community that enacting the voice through legislation was the swiftest way for it to become a reality.

Speaking at a Reconciliation Australia panel this week, Wyatt canvassed the potential of the legislated voice to be constitutionally enshrined when asked about the political landscape for Indigenous Australians in 20 years’ time.

“I think we will see by then that Australia will have moved significantly forward. It will be a voice within constitution, and the legislative structures around that will be well and truly entrenched,” Wyatt said.

He also pointed to the success of the Aboriginal and Torres Strait Islander Commission (Atsic), which was abolished by the Howard government.

“Atsic was fantastic at the regional level – we had a say in what was happening. And then, ultimately, it was abolished.

The former Aboriginal and Torres Strait Islander social justice commissioner Mick Gooda, who was also on the advisory panel for the national voice, said its establishment would “change the conversation”.

“The conversation changes when we are in the room and that’s the same as the national voice to parliament – it will change the conversation because we’re there,” Gooda said at the Reconciliation Australia convention.

The panel, co-chaired by Calma and Prof Marcia Langton, handed its final report to Wyatt in August after 18 months of consultation.

The final report further refines recommendations made in the interim report released in October last year, which proposed different models of a “National Voice to parliament” to advise on issues affecting Aboriginal and Torres Strait Islander peoples.

Under the proposals advocated in the interim report, a 16- to 18-member group selected by Aboriginal and Torres Strait Islander peoples would be established either by direct election, or by drawing on state and regional bodies.

The national voice would not administer programs and would not be able to veto laws made by the parliament or overturn Australian government decisions.

A 2018 parliamentary committee recommended the co-design process, with this to be followed “in a deliberate and timely manner, legislative, executive and constitutional options to establish the voice”.

Labor supports a constitutionally enshrined voice as a “modest and gracious request” from First Nations people, and has promised to hold a referendum if it wins government.

“Our precondition for support is that any proposition has the support of the First Nations people and so we think that the denial of a constitutionally enshrined voice is the denial of the Australian instinct for a fair go,” Anthony Albanese said earlier this year.

“If fear of failure is your guiding light, you need never fear success. There has to be a constitutionally recognised voice to parliament.”

Speaking in August as part of the Closing the Gap statement, Scott Morrison said the Indigenous voice would “provide avenues at the national, local and regional levels for Indigenous voices to be heard”.

“Once a model for the Indigenous voice has been developed, all governments will need to explore how they can work with the voice to ensure that these views are considered,” Morrison said.

“Some might want this process to be faster. I want it to be right.”

Reality check: Here’s what the COP26 deals actually mean for our future climate 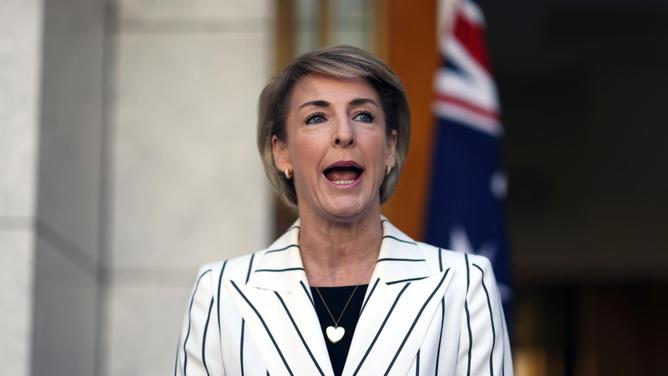