The new masks mandate on public transport and in shops in England was patchily observed in London and Manchester on Tuesday morning, judging by a Guardian snapshot survey.

But as the public balanced frustration at new restrictions with the hope they could prevent another lockdown, there were clear signs far more people were covering their faces.

In Manchester city centre, 97 out of 147 people surveyed on public transport and in shops were wearing masks. Some who were not were oblivious to the new rules and cited a lack of faith in government policy.

In London, only seven of about 85 passengers counted in Northern line underground carriages were maskless while on the buses about two-thirds complied. Staff at Sainsbury’s in Camden, the borough where one of the 14 current suspected or confirmed UK cases of Omicron was discovered on Monday, handed out 300 masks to customers without masks in the first hour of trading. But once in the store, nine in 10 customers were masked.

Among both the maskless and the masked, some complained of infringed liberties and being “controlled”. Others saw the logic of trying to slow the advance of the Omicron Covid “variant of concern” and accepted the advice of the government’s scientific advisers that increased mask-wearing, at least for three weeks, would help. Few contravening the rules paid much heed to the threat of £200 fines rising to £6,400 for multiple offences.

The National Police Chiefs Council said officers would be more visible “in high-risk and crowded areas, such as towns and shopping centres, and near transport hubs”, although none were seen in Camden on Tuesday morning.

Police will “explain the risks and encourage [non-mask wearers] to comply with the new rules,” said Owen Weatherill, assistant chief constable and the national lead on Covid. The Metropolitan police said it could resort to fines.

Hair and beauty salons are covered by the new rule, while restaurants, cafes, pubs and nightclubs are not. For a short while the staff of the Turkish Barber Line barbershop in Camden had not caught up.

“We are not wearing masks, but I think we have to again,” said Arum Karim, one of the barbers, who soon donned a mask when asked about the new rules.

“If it prevents a lockdown I have no problem doing it,” said JP Lombard, a 20-year-old veterinary student having his beard trimmed. “But it is contradictory that tomorrow night I will be getting on a bus in a mask and going to a packed night club without a mask.”

In Manchester, Richard William, 47, a sales manager highlighted a similar contradiction. “I went to a theatre in London a few days ago, where I was sitting shoulder to shoulder with people, and there I wouldn’t have to wear a mask but on public transport I do,” he said.

But on a tram in Manchester, where compliance appeared to be greater than in shops, Edgar Ogbewe, 54, a civil servant, said: “I don’t see why it is a debate. It protects everyone. I do feel safer now.”

Mask-wearing on public transport in the capital has remained mandatory since “freedom day” in July led to the lifting of restrictions elsewhere, but the national rules seemed to boost compliance. More people were wearing them on the 390 bus from Archway to Victoria, according to one of the drivers, Dawit, 50, but he was tired of having to tell passengers to adhere.

“I have a machine that tells them to wear a face covering, but they just ignore it,” he said.

Lola, 23, an unmasked hospital receptionist, said the rules made her feel “controlled”.

“What happened to human rights?” she said. “Why can’t it be a choice? They say it protects other people, but I don’t know if that’s another way to control.” She said she got her news from Instagram and Twitter.

It looked like it could be a long day for the store staff posted at doorways to remind the public of the new rules.

Travel Guides – A woman in China stuck a fluorescent light through her ponytail to keep studying when the university lights went out, and the photo has become a viral symbol for hard work 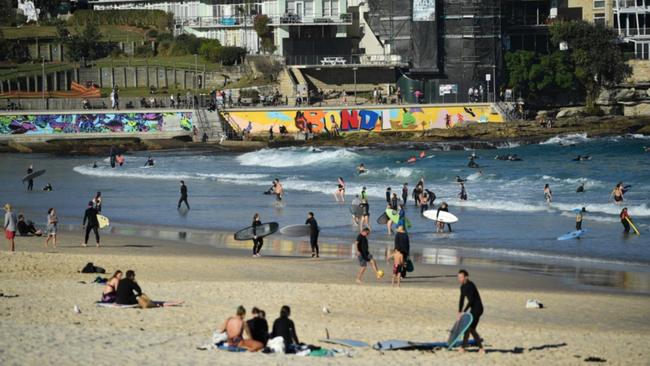 Priest: The big question for Catholic bishops is not really about Joe Biden and Communion