The House rules committee is set to meet at 5:30pm local time on the Build Back Better Act, now that the Congressional Budget Office has come back with all the final estimates on the bill. From there, the House of Representatives is expected to vote on the package.

We’ve got an update on the Build Back Better Act: it looks like the pieces are in place for, at the very least, a vote to take place in the House of Representatives today.

To recap, members of the House were all waiting for the final estimates from the Congressional Budget Office. The CBO set a Friday deadline for itself, but it appears they have beaten it.

Despite court challenges to the federal order, White House press secretary Jen Psaki urged large businesses to continue with pushing forward with their Covid-19 vaccine mandates for their workforces.

The Occupational Safety and Health Administration said earlier this week that it would suspend enforcement of vaccine mandates after a federal appeals court reaffirmed its decision to suspend the mandate.

“Our message to businesses right now is to move forward with measures that will make their workplaces safer and protect their workforces from Covid-19,” Psaki said. “That was our message after the first stay issued by the fifth circuit. That remains our message and nothing has changed.”

White House press secretary Jen Psaki addressed the negotiations over the Build Back Better Act, which could possibly advance in the House of Representatives today.

Democrats in states with high state and local taxes – cough, California and New York – are supportive of a high cap. However, the argument now is that raising the cap on deductions would primarily benefit the wealthy.

“It obviously wasn’t what he proposed in his initial package,” Psaki said. “It’s been conveyed to him by leaders in the House and the Senate that this needs to be included in order for this legislation to move forward.”

Diplomatic boycott of 2022 Beijing Winter Olympics possibly in the works

Joe Biden said earlier today that a diplomatic boycott of the 2022 Beijing Winter Olympics is “something we’re considering”.

Meanwhile, senators Todd Young and Tim Kaine appear to be working on a diplomatic boycott separate from the White House.

White House press secretary Jen Psaki said the talk about a diplomatic boycott “doesn’t say anything” about the recent meeting with Xi Jinping.

Read more about what a diplomatic boycott means here:

She noted that the country is in its seventh consecutive week of decline for new unemployment claims.

The Organization for Economic Cooperation and Development put out a new report today that the US has returned to pre-pandemic size of its economy earlier than other countries.

Psaki touched on the supply chain issue as well. “New data shows we are moving more goods than ever before, ports are moving these goods more quickly and large retail stores like Walmart, Target, Best Buy and TJMaxx are fully stocked,” she said. “Americans should feel good about the progress being made in addressing these disruptions and ensuring that shelves are stocked at these big retail stores around the country.”

Three decades have passed since Republicans’ hero, Ronald Reagan, went to Berlin to exhort Mikhail Gorbachev to “tear down this wall!”, the Soviet Union collapsed and America claimed victory in the cold war.

For the GOP in Washington, however, these appear to be mere historical footnotes. On Thursday they dusted off the “red scare” playbook to portray Joe Biden’s choice to run one of the agencies that oversees the banking industry as a dangerous communist.

Saule Omarova, 55, was nominated in September to be America’s next comptroller of the currency. If confirmed, she would be the first woman and person of colour in the role in its 158-year-history.

Omarova was born in Kazakhstan when it was part of the Soviet Union and moved to the US in 1991. For John Kennedy of Louisiana, a member of the Senate banking committee, this was like a red rag to a bull.

Questioning whether Omarova was still a member of communist youth organisations, Kennedy said: “I don’t mean any disrespect: I don’t know whether to call you professor or comrade.”

The remark prompted gasps in the hearing room on Capitol Hill.

Omarova replied, slowly and firmly: “Senator, I’m not a communist. I do not subscribe to that ideology. I could not choose where I was born.

“I do not remember joining any Facebook group that subscribes to that ideology. I would never knowingly join any such group. There is no record of me actually participating in any Marxist or communist discussions of any kind.”

Huma Abedin, one of Hillary Clinton’s closest long-time aides, has defended vice president Kamala Harris against the political and media chatter that she is underwhelming in the job and runs a dysfunctional team.

In an interview earlier on CNN, Abedin said: “Her team, I would publicly and privately support the work that they are trying to do. There is always..”

CNN anchor Kate Bolduan interjected to ask if Abedin thought there was sexism in the reports undermining Harris.

“Absolutely I see sexism in some of the ways we talk about women leaders,” Abedin said.

She went on to say: “And I’ve seen it with Hillary and…and I end the book [Abedin’s new book] with, you know, my belief that we really need to be supporting our vice president. She is extremely smart, talented, you know, a history-making figure and I resent every time there is a negative accusation made, but personally I do see sexism in it.”

Abedin is estranged from her husband, the disgraced Anthony Weiner, former congressman and candidate for mayor of New York.

The governor of Oklahoma, Kevin Stitt, has granted clemency to Julius Jones, a death row inmate who faced execution on Thursday afternoon.

Following a recommendation from the state pardon and parole board, Stitt, a Republican, acted with hours to spare before the scheduled state killing.

Stitt reduced Jones’s sentence for the murder in 1999 of Paul Howell, a businessman in the affluent Oklahoma City suburb of Edmond, to life in prison without the possibility of parole.

The parole board had recommended life with the possibility of parole.

Jones, 41, has maintained his innocence for more than two decades but had been scheduled to receive a lethal injection at the state penitentiary in McAlester.

GK Butterfield, the Democrat congressman from North Carolina, announced his retirement today after 10 terms in office.

His announcement comes two days after his colleague Jackie Speier announced her retirement as well, putting the Democrats’ thin majority margin (221 Democrats to 213 Republicans) in the House of Representatives at risk.

In his retirement video, Butterfield condemned the state’s Republican-majority legislature for its new Congressional map.

“The map that was recently enacted by the legislature is a partisan map. It is racially gerrymandered,” Butterfield said. “It will disadvantage African American communities all across the first congressional district. I am disappointed, terribly disappointed, with the Republican majority legislature for once again gerrymandering our state’s congressional districts and putting their party politics over the best interests of North Carolinians.

“While I am hopeful that the courts will ultimately overturn this partisan map and see that a fair map is enacted, I have made the difficult decision that I will not seek reelection to the United States House of Representatives. It is time for me to retire and allow the torch to be passed to someone who shares the values of the district and can continue the work that I have labored so hard for the past 18 years.”

Here’s a look at the effects of gerrymandering:

Today in xenophobia: Senator John Kennedy, a Republican from Louisiana, told Saule Omarova, the Kazakh-American nominee for comptroller of currency: “I don’t know whether to call you professor or comrade.”

Some background from NPR: this particular nominee from Joe Biden is facing an uglier and more personal fight than usual. If confirmed, Omarova, a law professor at Cornell University who immigrated to the United States as a college student, would helm the Office of the Comptroller of the Currency, which is responsible for regulating the assets held by more than 1,000 banks.

Progressive Democrats applauded Biden’s choice while Republican critics see her as a “radical” who wants to nationalize banking.

Her critics are bringing up Kazakhstan, her place of birth, as proof that she is a supporter of the dreaded C word of McCarthyism days – communism – but are also pointing to recent academic papers she has written on how the Federal Reserve could use a central bank digital currency and proposing a reinvention of the US financial system as proof she is too radical.

“I’m not a communist,” Omarova responded to Kennedy. “I do not subscribe to that ideology. I could not choose where I was born. I do not remember joining any Facebook group that subscribes to that ideology – I would never join any such group. There is no record of me ever actually participating in any Marxist or communist discussions of any kind.

“My family suffered under the communist regime. I grew up without knowing half of my family. My grandmother herself escaped death twice under the Stalin regime. This is what’s seared in my mind. That’s who I am. I remember that history. I came to this country. I’m proud to be an American. And that is why I’m here today, Senator. I’m ready for public service.”

Senator Sherrod Brown, chairman of the Senate banking committee, has been outspoken about these attacks on Omarova – if you watch to the end of the first clip, he and Kennedy have a heated exchange of senatorial courtesy. “Now we know what happens when Trumpism meets McCarthyism,” he said.

Let’s hear some debate on the Build Back Better Act.

ICYMI from yesterday: minutes after the House of Representatives voted to censure congressman Paul Gosar and strip him from his committees for tweeting an anime video depicting violence against Democrat congresswoman Alexandria Ocasia-Cortez, the Republican allegedly retweeted the video. 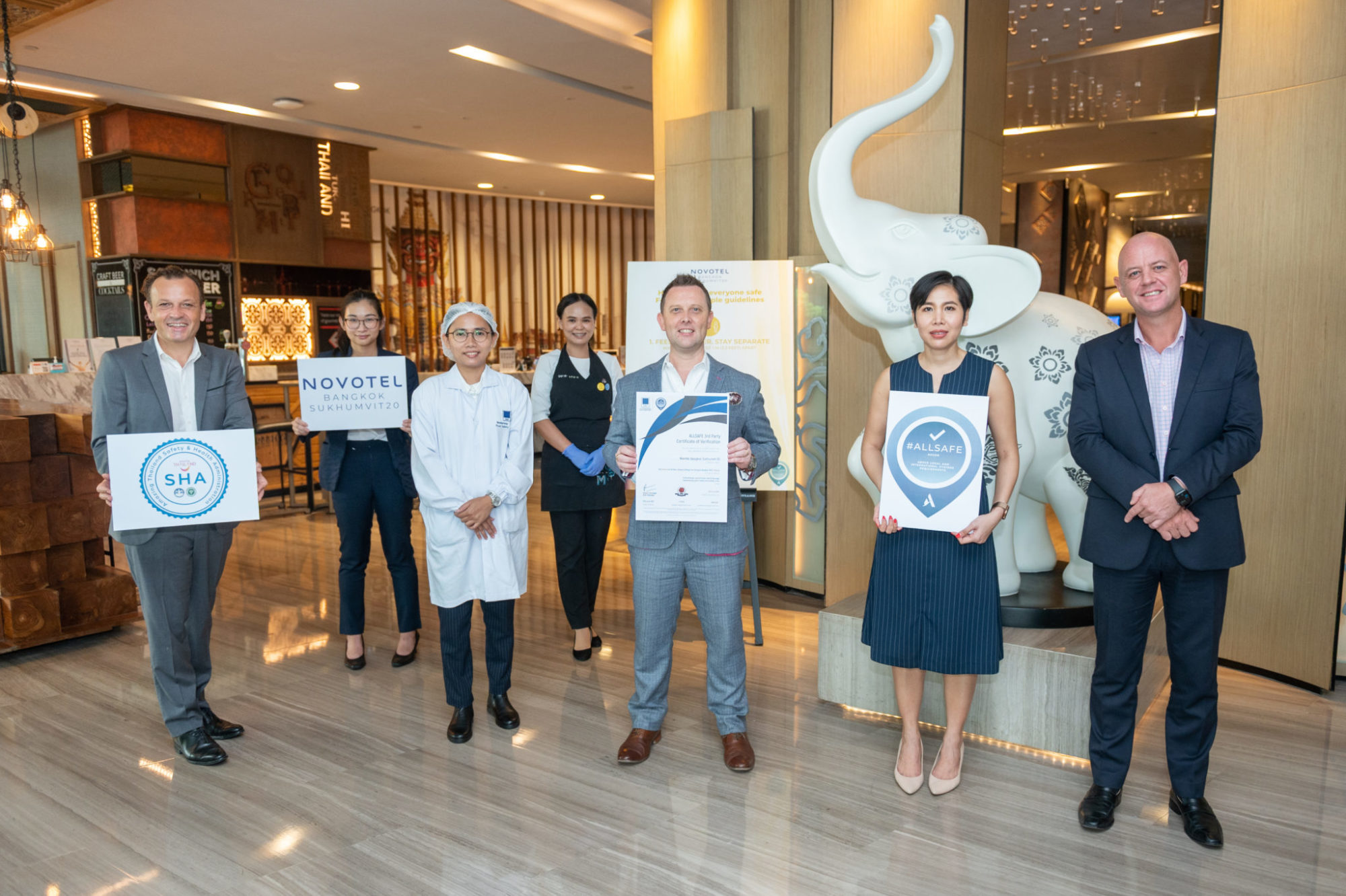 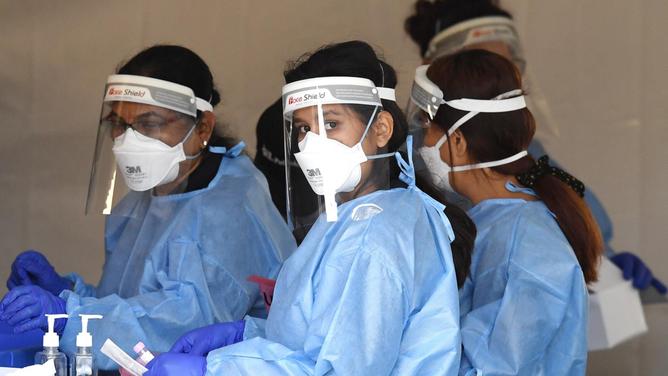