What took you so long, House of Gucci? This story was destined to become a movie from the moment the bullet left fashion heir Maurizio Gucci dead outside his Milan office in March 1995 – shot, a witness said, by a hitman with a “beautiful, clean hand”. The film by Ridley Scott now finally arrives dripping with star power, and Lady Gaga as Gucci’s ex-wife Patrizia Reggiani. But the story alone was enough: a glittering tickbox of money, revenge and a villainess kept company in jail by an illicit pet ferret called Bambi.

True crime gold. So why, now that the film is actually here, does the Gucci case feel a strange fit for a movie after all? Put it down to timing. The film’s development began in entertainment prehistory: 2006. Back then, a lavish movie was still the grand prize for any news story, and true crime – that trashbag genre – would simply be glad of the association. Now though, film and true crime have the air of an estranged couple. Had Maurizio Gucci been gunned down on Via Palestro last week, Netflix would already have the rights and the podcast would be on Spotify.

Such is how true crime conquered the world. The vast success of the 2014 podcast Serial remains the origin story, but the peak never seems to come. The genre has become bigger than the movies – made that way by an interlocking partnership with pods and streaming.

“When I started studying true crime, nobody took it seriously,” says New York writer Jean Murley, who in 2008 published The Rise of True Crime: 20th Century Murder and American Popular Culture. “Now it feels like the dominant form of pop culture storytelling. And I’m glad. I think it has a lot to tell us about ourselves.” It just probably wouldn’t tell us in a film. “True crime movies were definitely bigger in the past,” says Murley. “Media changes. We change.”

Yet the movies were there first. Consider the classics: Fritz Lang’s trailblazing M sprang out of real child murders; Psycho saw Hitchcock repurpose the grim Ed Gein case. Beyond individual milestones, the very stuff of film storytelling – gangster movies, horror, thrillers, westerns – all grew out of true crime. It is less a sub-genre than the soul of cinema.

The big-screen genre became a sliding scale, from sober documentary to the starry and scandalous. House of Gucci is the latter, of course – a bloody soap.Of course Jared Leto is involved, and already a meme in his velvet suit at the London premiere. The red carpet hijinks feel old-fangled too. At the higher end, true crime now carries itself differently. Stories may still focus on the wealthy and notorious – but only with a certain gravity of purpose.

Take The People v OJ Simpson, 2016’s acclaimed longform dramatisation. Stylistically, it had everything a series gives and a movie cannot. The breathing space of its running time, the episodic structure, room for breadcrumb-trail detail – all this came with streaming and TV, which are perfect for true crime. But there was also a question of tone. After Serial, a bar had been set, whatever the medium. If a project was going to reopen a famous old wound such as, say, the killing of Nicole Brown Simpson, it would also have to widen the lens, humanise the victim, contextualise everything. The mere crime could not be the only story.

Hollywood has always made money from a gun and a girl. The gun is glorified and the girl – the woman – is silent

For podcasts, the whole point has been the quotidian. Terrible murders, everyday victims. The lesson of movies such as M or Psycho – that monsters are among us so FFS roll the window up – now comes instead from Park Predators and Wine & Crime. The gulf is only made more pronounced by the low-tech of it all, millions of dollars away from the aggressive gloss of a Ridley Scott movie.

Still, plenty of true crime podcasts indulge in cinematic scene-setting. This American Life – the series from which Serial span-off – says it makes “movies for radio”. But the filmic touches feel less like homage than a cannibalising for parts.

Even a Hollywood crime story now becomes a podcast. Film-maker Vanessa Hope is the granddaughter of movie producer Walter Wanger and actor Joan Bennett, once a leading femme fatale. In 1951, suspecting an affair, Wanger shot his wife’s agent, Jennings Lang, in a Beverly Hills parking lot. This year, Hope told the story in a 10-part podcast, Love Is a Crime, with Jon Hamm and Zooey Deschanel playing her grandparents. To Hope, it made perfect sense that the project was not a movie. “Hollywood has always made money from a gun and a girl. The gun is glorified and the girl – the woman – is silent.” The very nature of film, she says, is wrong for the job. “A two-hour movie always reduces the full arc of people’s lives – and the person most reduced is the victim.”

A similar ripple of change has reached Britain. Last September, huge audiences watched Des, ITV’s three-part drama about the 1983 arrest of Scottish serial killer Dennis Nilsen. Co-writer Luke Neal had been inspired by The People v OJ Simpson. “You start out thinking you’re watching to find out how OJ got away with it. And the brilliance is, he ends up a minor character. What keeps you there is the human cost.”

In Des, Neal created the same dynamic. “We watch these stories because we want to know who this person is who takes other people’s lives. In fact, he doesn’t matter. What does is the people whose lives he took. The problem with true crime is it wants to compete with fiction, so you end up with countless Ted Bundy movies. But real killers have no glamour. The truth isn’t Jamie Dornan in a sexy game of cat and mouse.”

Longform true crime upped the ante elsewhere too. Another landmark was The Jinx, Andrew Jarecki’s 2015 portrait of the US real estate heir and now convicted murderer Robert Durst. The finale featured a muttered confession, seemingly recorded by accident. How could a movie match that? (And who now remembers All Good Things, the Durst-inspired movie released by Jarecki five years earlier, starring a vague Ryan Gosling?)

The impulse to crack cases on air has been wired into the true crime podcast. That the results often end in a shrug is not a dealbreaker. Loose threads are simply picked up online. But for a Hollywood movie, uncertainty is death. The exception that proved the rule was David Fincher’s doubt-shrouded Zodiac, a box-office hit that inspired not a single rip-off. (Fincher then took his serial killer habit to Netflix with the sleekly titillating series Mindhunter.)

But true crime as live investigation is not the only new remit. Genre fans have always skewed female. Podcasts have only intensified that, and the result is a landscape of work made by women for women about – and this can seem an odd dynamic – women being murdered. There is an explanation. Social psychologist Amanda Vicary is a true crime fan with a professional interest. “My research,” she says, “shows that women like true crime when it gives them information about techniques to escape a killer.” If horror movies give our fear centres a harmless work-out, modern true crime has a bleakly practical purpose. “Women listen,” Vicary adds, “to find out what to do if they’re thrown in the trunk of a car.”

Of course, House of Gucci centres on a woman too. The Black Widow trope is as old as it is statistically improbable and commercially alluring. If the story overlaps with Killer Women With Piers Morgan, it is not the first film to draw a prestige male director to a real story of a woman accused. This year’s other major true crime-ish movie was Stillwater, with Tom McCarthy fictionalising the case of Amanda Knox, who was acquitted after four years in an Italian jail for murder. Knox herself went public with her distress.

House of Gucci has also drawn criticism from family members on various grounds: 1) violation of privacy; 2) Al Pacino’s rendering of patriarch Aldo Gucci (“fat, short, ugly”). But it would be a mistake to think the old hulk of movie true crime was the only problem. The whole genre still lives on ethical thin ice. The success may not be helping. This September, a giddy podcast-ish hubbub greeted the disappearance of American “vanlifer” Gabby Petito. It only grew louder when she was found to have been killed. Big True Crime was already at work. “When you turn on Hulu,” her mother, Nichole Schmidt, tweeted this month, “and your daughter’s story is the recommended show.”

Even lovers of the genre are also troubled by a fixation with one kind of victim. “True crime has never reflected the reality of murder,” Jean Murley says. “It’s almost a fantasy genre. Who gets killed in America? Disproportionately, it is young men of colour. But the quintessential true crime victim is a young, pretty, white woman. It’s very ritualised.” Murley will consider this and other matters in an updated version of her book. There is a lot to say about true crime in the 21st century.

Des writer Neal is optimistic – cautiously. “I do think true crime is changing,” he says. “And that’s good. It needs to. Because actually, life is not cheap.”

House of Gucci is released in UK cinemas on 26 November.

How To Create An Affiliate Program In WordPress (Simple Referral Plugin) 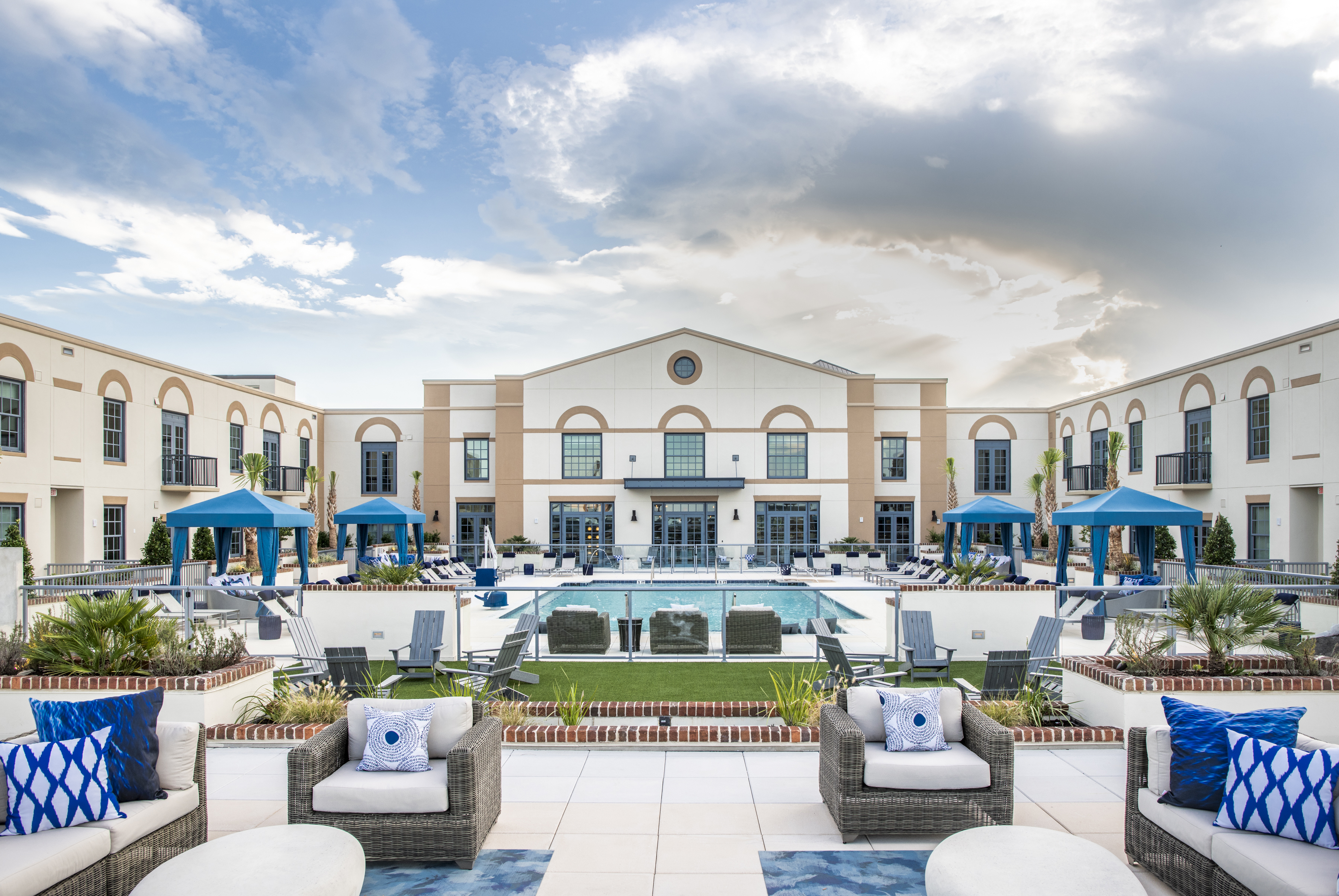