The fashion industry is facing a waste and overproduction crisis if it continues on its current trajectory, one of the UK’s leading economic experts has warned.

Dame Vivian Hunt, a managing partner at the consulting firm McKinsey and Company, said “fashion has a long way to go to demonstrate its commitment to achieving net zero emissions”.

Hunt, who has previously been named the most influential black woman in Britain and one of the 30 most influential people in the City of London, said recent investigations showed 12% of fibres were discarded on the factory floor.

She highlighted the acute problems with overproduction, noting that 45% of garments went on to be sold at markdown prices.

Hunt was speaking at the Business of Fashion Voices conference in Oxfordshire – a two-day summit seen as the equivalent to the Cop26 climate talks – where she was joined by industry leaders including Tommy Hilfiger and Kris Jenner who, in true fashion style, watched from the front row.

Hunt told the audience sustainability could be style and substance, adding that “perfection is an elusive goal but progress is achievable”.

Now in its sixth year, Voices has attracted a host of high-profile speakers, including Stella McCartney and Alber Elbaz. The event is also credited with kick-starting some of the most essential conversations in fashion over the past decade.

With the climate emergency serving as a headliner, issues surrounding equality in fashion, the mental health crisis, and the need for a better understanding of cultural appropriation were among the other lead topics on the agenda this week.

Another speaker, the designer and activist Dame Vivienne Westwood, blamed capitalism for some of the problems plaguing the planet.

“The whole world is in competition with itself to outsell itself, creating better and smarter weapons we are defending ourselves from our own aggression,” she said.

Westwood, who created a series of playing cards to illustrate her point, added: “War is a major polluter and our major waste. Temperature is rising. As we saw at Cop, without cooperation, nothing can be done,” Westwood said.

She referenced Cop26 in Glasgow and its failure to “keep the goal of 1.5C alive”, accelerate the decarbonisation of the global economy and to phase out coal.

Ellen MacArthur, the British sailor turned circular fashion economy expert, also used the Voices platform to call for unity and a concerted effort from all corners of the industry. She said: “A hundred innovations in 100 sectors does not add up to a solution.”

The Business of Fashion founder, Imran Amed, who leads the event, said Voices aimed to bring fashion’s “big thinkers” together to create change. “No industry lies in a vacuum. Fashion is connected more than ever to the forces changing the world,” he said.

Travel Guides – ‘I think you’re all enjoying this’ 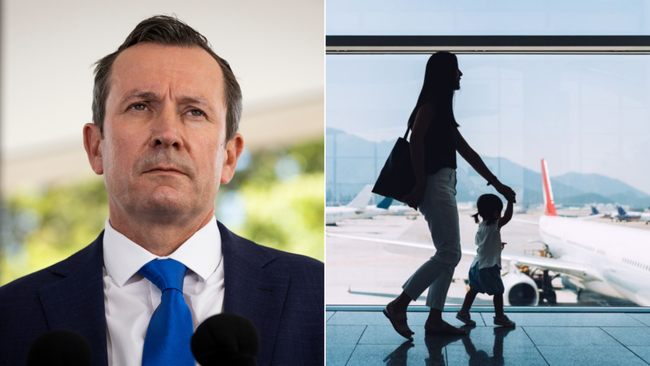