For more than a year, New Zealand’s “team of 5 million” stood largely united in the face of Covid-19. This month, as the country expanded vaccine mandates and a tougher roadmap of restrictions for the unvaccinated, that mood has splintered and darkened. Among a small but vocal sliver of the population, dissent has been turning ugly, with death threats against MPs and journalists, increasing protests, warnings from security services about Covid-prompted terror threats, and what researchers have called a “wave” of disinformation tinged with violent rhetoric, QAnon-style conspiracy theories and far-right undertones.

“We’re talking … your aunt and uncle type-people using language like Nuremberg 2.0, common law trials, like ‘the prime minister is a Nazi’ – these are quite extreme terms and terminologies,” says Kate Hannah, a research fellow at Te Pūnaha Matatini’s disinformation project, a research institute that monitors online extremism and rhetoric. Hannah says the team observed an incredibly rapid shift in both the volume and tone of disinformation circulating in New Zealand’s online communities since the Delta outbreak and level 4 lockdown began.

“Since August 2021 to now, there has been almost a day-on-day increase in both the volume of production of misinformation products or things being shared, the level of engagement by communities … and also the tone,” she said. An unregulated online environment, particularly on chat app Telegram, she said, had “normalised – very, very quickly – content which is extremely violent.”

Some of that online chatter manifested in the flesh last week in a series of anti-vaccine mandate protests, several-thousand strong. While the protests were broadly peaceful, one police officer was bitten by a demonstrator, and a news outlet reported that one of their journalists had been harassed and pushed by protesters.

The signs and slogans proffered by the crowds presented an odd blend of factions and allegiances – tino rangatiratanga [Māori sovereignty] flags alongside Nazi imagery, anti-vaccine mottoes, evangelical preachers, those calling for the prime minister’s arrest and execution. Hannah says that same blend is what researchers are seeing online – where the rhetoric and networks of vaccine-scepticism are acting as a “Trojan horse” for more extreme ideologies.

“People genuinely feel excluded from society – there are genuine grievances and genuine fears,” Hannah said. And the shifts in political rhetoric have accompanied the country’s material change in pandemic fortunes. While the country rode out most of 2020 as a Covid-free idyll, now it has had to reckon with months-long lockdowns, steadily growing case numbers, near-daily deaths, and the threat of lost jobs and freedoms for those who refuse vaccination.

While it will still likely emerge with relatively low rates of illness and death, current circumstances have unleashed new levels of loss and uncertainty. Internationally, Hannah says many of those same tensions and injuries have played out over the course of a year – now, they’re hitting New Zealand all at once, and it makes some sense that that would be accompanied by a corresponding wave of dissatisfaction, dissent and fury.

“There is the sense that we are playing really fast catch-up,” Hannah said. “All of the things that are great about having been here – like we have only had 35 deaths – also mean that it’s so much harder for everybody to conceive of what everybody else [around the world] has experienced. So the sense of genuine disenfranchisement, the sense of genuine fear that harm is occurring to people – those are really genuine and sincere.”

‘Things are starting to escalate’

The threat of that rhetoric exploding into violence has been acknowledged by both parliament and the country’s counter-terror services.

This week, the country boosted its parliamentary security, after a spate of death threats against members of parliament and cabinet. Parliamentary services added a small budget to help MPs change locks or security systems. While she has not reported specific threats by anti-vaccine mandate campaigners, prime minister Jacinda Ardern has had a string of death threats since she took the job, including several men charged through the courts. She is a frequent subject of online screeds, and some protesters’ written slogans last week specifically called for violence against the prime minister. Covid response minister and leader of the house Chris Hipkins said that one of his electoral offices had been subject to repeated attacks from anti-vaxxers, and that he had stepped up security.

The Combined Threat Assessment Group (CTAG), an inter-agency government security group, has identified backlash to Covid-19 restrictions or vaccine mandates as a potential threat. In documents published by Newshub this month, they write that “Further restrictions or potential vaccination programmes in New Zealand could be triggers for New Zealand-based violent extremists to conduct an act of terrorist violence.”

“Things are starting to escalate,” Labour whip Kieran McAnulty told Stuff on Tuesday, after he’d been publicly denounced by an anti-vaccine campaigner, who said those pushing it should be killed by a lethal injection. “Let’s take it seriously.” McAnulty had met with parliamentary services to ask that more security measures be considered.

Those interventions came with a measure of sadness – New Zealand has long valued its highly accessible democracy, where government grounds are open, tours of parliament are easily accessible, and MPs are not typically accompanied by security. “I’ve always believed that New Zealand parliamentarians being as accessible as we are is something special about New Zealand, and I’m generally reluctant to see that change,” Hipkins said.

“The actions of a small group of individuals is the problem here, and it would be sad to see the openness of our democracy being undermined by a small group of vocal and aggressive people.”

Light Therapy for Seasonal Depression: How It Works 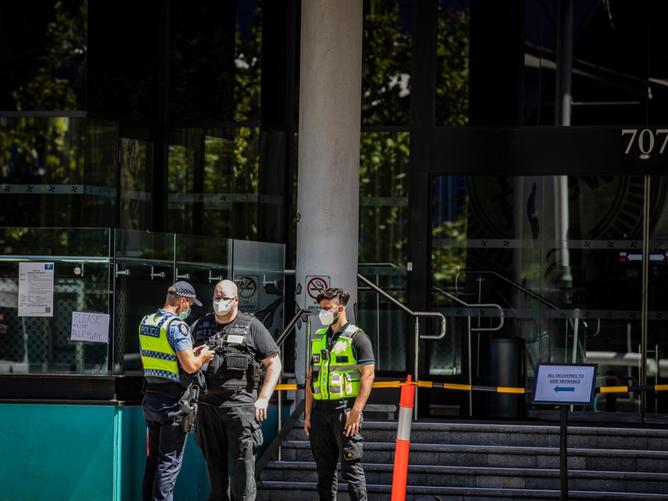