The Australian government says Covid vaccines could soon be rolled out for children as young as five as Victoria reported nine deaths and the NSW chief health officer, Kerry Chant, warned of “an uptick” in Omicron cases in metropolitan Sydney.

The federal health minister, Greg Hunt, said on Saturday that the regulators – the Therapeutic Goods Administration and the Australian Technical Advisory Group on Immunisation – were set to decide on giving Pfizer to children by the end of the year.

If all goes well, the doses will be rolled out from January.

Hunt said the process was “heading in a positive direction”.

“The TGA will provide that advice, Atagi will then provide their response and we’re hopeful that if we’ve got two green lights we would commence the children’s paediatric doses in the first part of January,” he said.

The UAP leader, Craig Kelly, who has been criticised for posting misleading information about the pandemic online, addressed the crowd. He called Victoria a “fascist medical state” because, when he refused to show his Covid vaccine certificate, he was unable to hire a rental car at Melbourne airport.

The crowd then moved to the front of Flinders Street Station, bringing traffic to a standstill.

Counter-protesters, who said hostility to vaccines had become a “gateway to the far right”, marched in Carlton.

The Victorian health minister, Martin Foley, said the protests, which have been fuelled by the pandemic laws, which give the premier and the health minister more power over public health orders, should be peaceful and “based on up-to-date facts” – suggesting some were complaining about laws that had already been changed.

“What we now have is a set of legislative arrangements that allow a balance between the public health response that keeps us safe and open, with a protection mechanism for human rights and the voice of people who have any concerns.”

Victoria reported nine Covid deaths on Saturday, and the state recorded 1,365 new cases. There are 288 cases in hospital and 44 in intensive care.

We remain extraordinarily concerned about the Omicron threat.

Thirty-nine Covid cases have been linked to last month’s protests, mostly in unvaccinated people. Three people have been hospitalised and one is in intensive care.

NSW reported 325 new Covid cases and one death on Saturday. Chant said there was a total of 13 Omicron cases in the state.

A cluster of Covid infections at Regents Park Christian School in western Sydney stands at 13, with three already confirmed positive for Omicron. Testing results are still to come for the other 10.

There has been one Omicron case detected in the ACT and one in the Northern Territory.

South Australia recorded five further Covid cases on Saturday – a man in his 50s, three women in their 30s, 50s and 60s, and a child.

“Clearly when you have something that is unknown, the lowest risk would be to try and keep it out for as long as possible,” she said.

But instead the committee agreed to require all arrivals from NSW, Victoria and the ACT to be tested upon arrival.

The SA premier, Steven Marshall, said the arrivals would need to isolate until they get a negative result and have a second test on day six.

Marshall said further changes to border restrictions due to the Omicron variant were being considered. Marshall said 24 to 48 hours’ notice of any changes would be given, and that he would only close the borders if Christmas was going to be disrupted.

“Now, we’ve had borders open since the 23rd. That’s been fantastic for family reunions and business activity,” he said. “They’re open at the moment but we’re putting more speed bumps in the way until we get more information.

“We remain extraordinarily concerned about the Omicron threat.”

SA is tackling its own outbreak of the Delta variant. There have been 35 cases since the borders opened on 23 November, many of them linked to an event former premier Jay Weatherill attended – he later tested positive.

The ACT reported seven new local Covid cases on Saturday, one suspected to be Omicron. There were three local cases in Queensland and four in hotel quarantine, one of them a possible Omicron infection linked to a visitor from South Africa.

From Sunday anyone who has been in Adelaide since 28 November and travels to Queensland will go into 14 days of home or hotel quarantine. At this stage Queensland is preparing to open its interstate borders on 17 December, but that could change as the Omicron variant spreads in NSW. 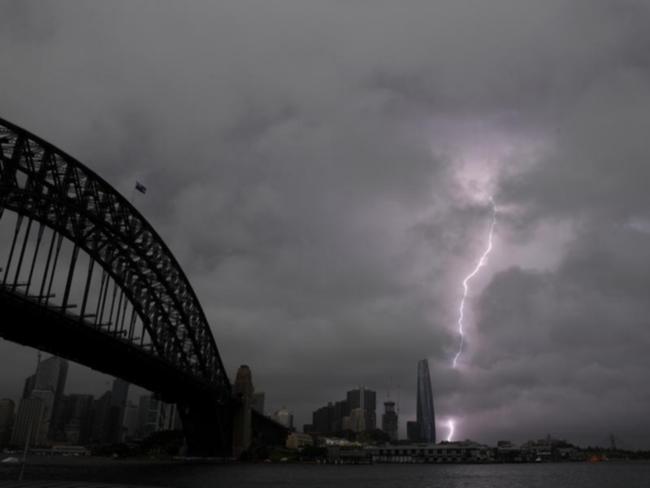 Brisbane, Sydney and Melbourne expected to be battered by rain after supercell thunderstorms struck harbour city