TravelGuides – Can the tourism industry survive the climate crisis? | Environment

One of the terrible ironies of the climate crisis is that some of the most beautiful – and popular – places in the world are also the most vulnerable. Which means as temperatures rise, extreme weather events increase, water sources dry up and natural habitats die, these places are facing another devastating loss: tourists.

Tourism significantly contributes to the climate crisis – about 8% of global emissions – and hordes of visitors cause many more problems, including overdevelopment and degradation of natural areas. However, the revenue generated by tourists can bring enormous economic benefits to these destinations, many of which don’t have other forms of industry or would otherwise rely on extractive industries like mining or logging. Tourism can also bring awareness to environmental problems, such as coral reef bleaching or animal species at risk of extinction, and provide funding for conservation efforts.

This complex relationship was highlighted during Covid-19, when tourism came to a standstill. Carbon emissions plummeted. Wildlife flourished. Leatherback turtles in Thailand laid the largest number of eggs in two decades. But all of this came with a cost. The global tourism industry was hit with an enormous loss, creating an emergency in developing countries. Families struggled to find food. Illegal logging increased in some places, as did poaching.

As tourism starts to rebuild, it is becoming impossible to ignore that the future of the industry is inextricably linked to the climate crisis. The Guardian spoke to people working in tourist destinations around the world to ask how the climate crisis is affecting their industries and their worries for the future.

North of Anchorage, Alaska, US

Every year, hundreds of thousands of tourists visit Denali national park, the home to the highest peak in North America. The park, which covers nearly 6m acres in central Alaska, has only one access point: a single winding road that stretches more than 90 miles.

As rising temperatures have thawed the permafrost that lies beneath parts of the road, the road has rapidly deteriorated in recent years. In August, landslide movement forced the National Park Service to close the road at the halfway point and evacuate visitors trapped on the other side.

“The road closed abruptly in late August, on a Tuesday,” said Simon Hamm, the president of Camp Denali, a wilderness lodge on the far side of the closure. “We were given until Friday to evacuate guests, and a few additional days to evacuate staff.”

The closure ultimately cost the business $250,000 in lost revenue, and seasonal staff lost out on wages. A closure like this doesn’t just affect the lodge and the staff, said Hamm, but also the wider community. “We source a majority of our provisions from local fishers and farmers so we were unable to continue to support them.” In addition, the local education system gets funded partially through overnight accommodation taxes.

Recently, the National Park Service announced the closure would continue through 2022, as they work on a long-term solution for the road.

The climate crisis isn’t just causing landslides in Denali national park, but also tundra shrubification, increased wildfires and subsequent smoky conditions, drying of tundra ponds, electrical storm activity and the advance of non-native pests, such as the spruce bark beetle, which can cause disastrous tree die-off. “All of these degrade the natural environment,” Hamm explained.

He predicted the tourism industry across Alaska will see declines in response to tourists’ awareness of climate change: “I can imagine that our clientele will become increasingly self-aware about carbon-intensive travel destinations such as ours.”

Marina Valli, the owner of Eleonas hotel on the Greek island of Evia, says that as hotel owners and olive farmers, she and her husband have been seeing climate change in their daily life for years. “The beach is now very narrow as water is coming higher every year. The road that was once next to the beach is now dangerously disappearing. The olive trees do not produce fruits as much as they did a decade before. The flowers bloom earlier or later than we knew.”

This summer, as Greece struggled with severe heatwaves and devastating fires, thousands of tourists were forced to evacuate at the height of the summer season. A video clip of tourists leaving Evia on a ferry in August as flames swept the island went viral.

Valli’s hotel and olive grove on the northern end of Evia was damaged not once, but twice, by wildfire, forcing the couple to cancel weeks of guest bookings in August. Guests continued to cancel in September and October. “People were hesitant to visit us, fearing that the environmental disaster would prevent them from relaxing.” The cancelled bookings combined with the destruction of their olive groves, which they harvest and sell, resulted in a loss of €42,000 ($48,700).

Valli and her husband moved to Evia from Athens 20 years ago to turn an inherited plot of land into an organic olive grove. “We wanted to protect the landscape,” she says. “We live by nature and not at the expense of nature.” To prepare for a future of increasing heat, Valli and her husband are searching for olive varieties that can survive higher temperatures. “We do not know the extent of the changes the climate will bring.”

The Solomon Islands is not only one of the most beautiful countries in the world, it’s also one of the most vulnerable to the climate crisis. It consists of nearly 1,000 islands, and the vast majority of the population lives less than a mile from the ocean, where they are seeing drastic rates of sea level rise, more than twice as high as global averages. In recent years, at least five islands have become submerged with another six severely eroded.

Andrickson Trahair grew up on the Solomons, and now owns and operates a small dive shop and guesthouse with her husband, Andrew. She sees the effects of climate change every day: trees being washed away by the tides, the shoreline creeping closer every year – and when Andrew takes tourists out diving, he often comes home with stories of bleached and dead corals. Trahair says that even the winds are unpredictable and different from when she was a child: “The weather system in the Solomons has changed.”

She worries that the climate crisis could have a huge impact on her business. “If there isn’t any coral, there won’t be any fish, then there’ll be less tourists to come to the Solomons as well,” she said. Historically, the main source of industry in the Solomon Islands has been logging; tourism has made up a fairly small part of the country’s GDP. But Trahair says that over-logging has forced more people to find new ways to make an income, such as tourism. “Now we rely too much on tourism because there are no trees.”

The Trahairs are doing what they can to preserve the natural habitat of their home. In order to combat overfishing, they don’t allow spearfishing around the boundaries of their land. Andrew has started to transplant healthy corals in areas where the coral is bleached or dead. Some of the diving guests have come to help with the replanting. The Trahairs also speak with neighbors and villagers who live near them and encourage them to replant coral. “The coral replanting is doing really well,” Trahair says. “We try our best.”

The border of Zambia and Zimbabwe

Victoria Falls is one of the most striking waterfalls in the world. More than a mile across, and over 350ft (107 meters) high, enormous cascades of water plummet over a ledge of volcanic rock. It’s one of the main tourist attractions in southern Africa, bringing about 1 million visitors a year to the area.

But increasingly severe droughts caused by the climate crisis – and visitor concerns about climate impacts – have seen those numbers dwindle, leaving the local tourism sector worried about the future. Sydney Ncube, who works in the food and beverage department of the A’Zambezi River Lodge, says that drought causes food shortages that affect his industry. “Local farms couldn’t produce enough [fruits and vegetables] due to drought,” he said.

For local tourism businesses, their fear of drought is twofold: the drought itself and the way the drought is reported in the media, further discouraging tourists from visiting and depriving the region of tourism dollars precisely when they need them most.

In 2019, a reporter from Sky News filmed a segment at Victoria Falls showing only a trickle of water, talking about the impacts of climate change. John McMillan, the owner of Where To Africa, a tour operation company, said this segment had an enormous impact on the local tourism industry, even months later when the falls were flowing again. “Everyone was saying that the falls had dried up, which resulted in a spate of cancellations severely affecting [tour] operators.”

In countries like Zimbabwe, home to endangered animals such as cheetahs, rhinos and elephants, impacts on the tourism industry can profoundly derail conservation efforts.

“Conservation organizations rely on tourists to raise the necessary money to fund conservation and community development programs, and if tourism dries up, to a large extent so does the funding for this,” McMillan said. “On the other side of the coin, when the food sources of the local population disappear, it results in an increase of poaching incidents as the population struggles to find food and survive.”

Off the coast of north-east Australia

The Great Barrier Reef is one of the most complex natural ecosystems in the world. It stretches 1,500 miles (2,400km) along the entire north-eastern coast of Australia and is made up of nearly a thousand islands and 3,000 individual reefs, ranging from shallow estuaries to deep sea water. In the past five years, the warming ocean waters have caused three major bleaching events.

Tony Fontes has spent the last 40 years diving on the Great Barrier Reef and working as a Padi scuba instructor. He says the tourism industry in local areas is inextricably tied to the health of the reef. “A dead reef is not conducive to long term tourism.” Even though he says much of the reef is still in pristine condition, Tony points out that as long as coral bleaching is decreasing the number of healthy reefs, it will eventually end the local industry. “That would be a very sad day indeed. Not only would we have lost the greatest reef in the world, but Australia would lose its most important natural resource. The reef has an economic, social and icon asset value of A$56bn. It supports 64,000 jobs and contributes $6.4bn to the Australian economy.”

In order for the tourism industry to advocate for reef conservation, Fontes says they first need to be willing to admit that the climate crisis a problem. “Many tourism operators don’t want to draw attention to the fact that the reef is less than pristine. It is almost like they believe that if they don’t talk about climate change, it will go away.”

As the plight of the coral reefs becomes more well-known, that attitude is changing. “More tourism operators are running reef restoration programs, getting their guests involved in repairing damaged reefs and raising their awareness of the serious impact of climate change.” Fontes says he’s also seen operators switch to electric-powered boats, and even knows one operator who is building a boat that can run on hydrogen.

TravelGuides – Can the tourism industry survive the climate crisis? | Environment 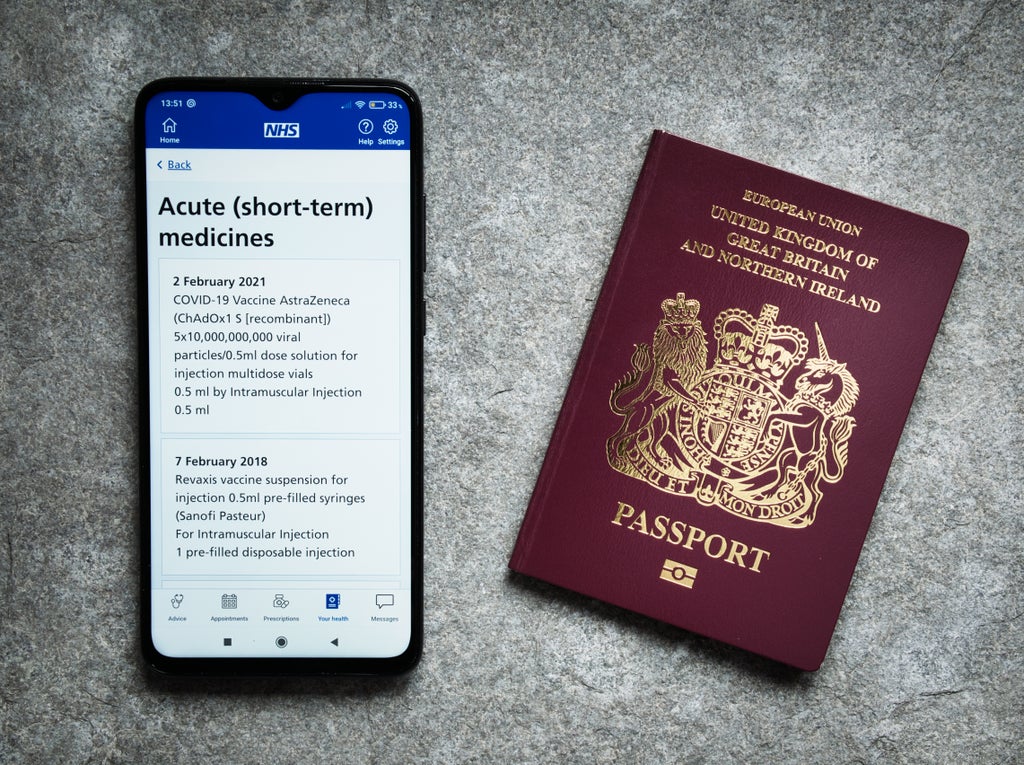 Can I travel to the US if I have the AstraZeneca vaccine? 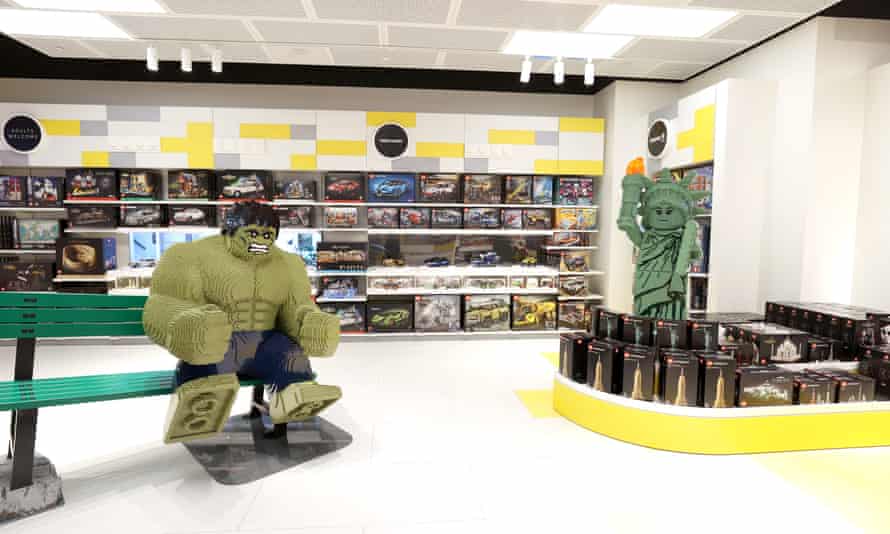 Travel Guides – A second person has been ‘naturally’ cured of HIV without medical intervention, scientists say