TravelGuides – Bullies rely on power to protect them, not online anonymity | Yassmin Abdel-Magied

The prime minister would have you believe that social media is where people hide behind faceless avatars to cause harm. ​​​​​​

Those who “go anonymously on to social media”, he said, “need to be responsible for what they’re saying.” According to Scott Morrison, those online bullies lurk only in the shadows, spewing lies and wreaking havoc, cowardly exploiting the cover of darkness.

His comments came as he was announcing that a bill would be introduced to parliament this week which he said would help reveal the users behind anonymous “troll” accounts and make it easier to sue them for defamation.

But those who cause the most harm in our society do not need to hide. They vilify, harass and abuse in plain sight, and are often rewarded for their trouble. The worst bullies in Australia are not anonymous trolls but those in power who do not wish to be challenged, using every weapon in their arsenal to maintain the status quo.

Trust me, I know.

I’ve had more death threats than flat whites. I’ve spent years opening my inbox to emails from strangers detailing their graphic fantasies of my execution (after I have been raped and flogged, of course). I’ve listened to pundits casually chatting about murdering me on national radio, politicians suggest I support dictatorships, seen over 200,000 words written about me in the press, all amounting to a “full-scale assault on [my] existence”.

I know first hand what it’s like to be vilified and harassed, so naturally, I would welcome a genuine attempt to help.

But this, no matter how the prime minister and his government try to dress it up, will not. Because here’s the kicker: Almost every single person who took part in the unrelenting tsunami of abuse and harassment against me did so using their real identity.

The government’s proposed legislation, forcing social media companies to reveal the identities of anonymous accounts, is less about protecting the average citizen and more about the government’s singular obsession with control and power.

Anonymity is not what protects bullies. Power is.

Morrison has framed the bill as a the pathway for individuals to sue anyone online for defamation. Let us ask ourselves: who has enough money to sue anonymous users of the internet? Who has the financial resources, legal knowhow, the time? I certainly don’t, but defence minister Peter Dutton does.

When Dutton sued the activist Shane Bazzi for defamation, he told the court Bazzi’s since deleted tweet had “deeply offended” him, was “defamatory, hurtful and I took particular exception to it”.

But none of us were in a position to sue Dutton, for defamation or otherwise.

It is worth remembering our reality, where the rules in the offline world favour those in power. By attacking anonymity, this proposal entrenches inequalities further. As Digital Rights Watch reminds us, real-name policies leads to real-world harm.

Anonymity online is one of the few things that ever so slightly levels the playing field, allowing us to explore and organise and play without fear. Whether it’s a woman creating a nameless account to help her leave an abusive relationship, a young teen exploring identity or our favourite political parody accounts, anonymity is foundational to the free and open internet.

Online safety is a vitally important issue but one that can only be dealt with by addressing the concentration of power in companies that are not accountable to their users. That is where the attention of any government seriously concerned with digital rights should be.

Anonymity is a red herring, cloaking the fragile egos of cowardly men.

TravelGuides – Bullies rely on power to protect them, not online anonymity | Yassmin Abdel-Magied 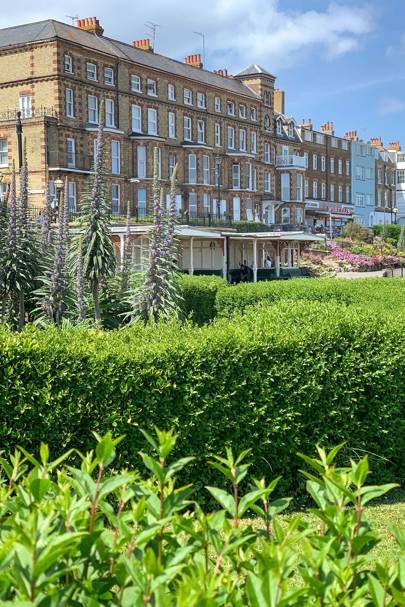