New South Wales, Western Australia and South Australia say they will opt out of clauses in the forthcoming revised National Construction Code (NCC) that would require all new buildings to have basic accessibility features such as at least one step-free entrance, a toilet on the entry level, and reinforced walls in the bathroom.

These features and others, such as a walk-in shower recess and wider door frames and corridors to facilitate ease of movement, were added to the NCC earlier this year after a push from advocates highlighting the difficulties disabled people have in finding homes that meet their basic needs.

The clauses mandate all new homes adhere to “silver” level accessibility standards as described by Liveable Housing Australia, which advocates say make houses more liveable for people with and without disabilities.

The NCC sets safety, accessibility and sustainability standards for buildings in Australia, but each state and territory government can vary, override, delete or add to the code within its own legislation.

The other states and territories around Australia have agreed to implement these new standards as part of their building legislation, but NSW, WA and SA have elected to opt out.

“This is a whole of population issue, not a disability issue,” said Serena Ovens, chief executive of the Physical Disability Council of NSW.

“Parents with prams, those with injuries and older people – more than 50% of the population will benefit from liveable design inclusion in new home builds.”

​​A spokesperson for Kevin Anderson, the NSW minister for innovation and better regulation, said the state government did not support the inclusion of minimum accessibility standards in the NCC as “the changes would have negative impacts on housing affordability and the construction sector and will also come at a significant cost to the community”.

The WA government has also said it will opt out, with a spokesperson for commerce minister Amber-Jade Sanderson telling Guardian Australia that this decision was due to “the significant pressures already being experienced by the building sector due to labour and supply shortages and the impacts of Covid-19”.

In SA, a decision to opt out of the code had been overseen by the former deputy premier, Vickie Chapman, who stepped down as planning minister this week.

A spokesperson for SA minister Josh Teague, who picked up the portfolio this week, said in a statement: “The previous Minister felt that while the provisions do provide some additional accessibility benefits, the Silver standard does not go far enough in truly assisting those who require accessible homes, and places an unjustified burden on the construction industry to mandate them across all future builds.

“The Government is now considering the implications these changes will have on the South Australian building landscape, and how they could be applied in a meaningful manner.”

But the additional cost burden was already taken into account in drafting the NCC. When the majority of state and territory building ministers agreed to include silver-level accessibility standards in the code in April, they acknowledged the findings of a regulatory impact assessment. This said such features would cost more, but “a regulatory solution will result in significant and lasting benefit to Australians who need access to homes with accessible features”.

“People with disabilities should have choice in terms of where they live,” said Ovens.

“We see cases in which people have spent decades moving from house to house without being able to find anything appropriate to their needs – where they can’t even do things like regularly wash themselves because the bathrooms aren’t accessible.”

Ovens said the cost to retrofit accessible features to a home is vastly more expensive than working them in at the outset.

She said accessibility is a particular issue for people who rent, because they’ don’t have control over the building and can’t renovate it. “And we are increasingly seeing people who are renting their whole lives, due to ever-increasing housing affordability issues.”

Ovens said that the decision plays to stereotypes about disabled people’s economic and social situations, and doesn’t take into account people moving through the community, such as when they work in or visit dwellings that are not their own home, or when they move house.

“90% of [our members] don’t qualify for social housing but they still need housing that’s fit for purpose,” said Ovens.

“All people with physical disability at one point or another have had to manage in a home that is patently unsuitable, even potentially dangerous, for them to be in.”

Alistair Webster from the Building Better Homes campaign said the decision by state governments to opt out of the accessibility elements of the NCC was “shameful” and called on them to reverse their decision.

“The inclusion of accessibility standards in the National Construction Code has the potential to be transformational for millions of Australians,” Webster said.

“This decision means people with disability, seniors and people recovering from injury and illness in those states will continue to face exclusion every day. Why should people in NSW, Western Australia and South Australia have fewer rights than those in the other jurisdictions?”

The Australian Building Codes Board has given states and territory governments until 17 December to confirm whether they are opting out of this part of the code before it comes into force next year. 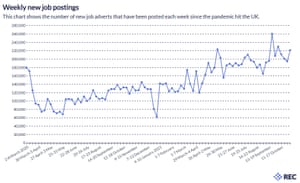