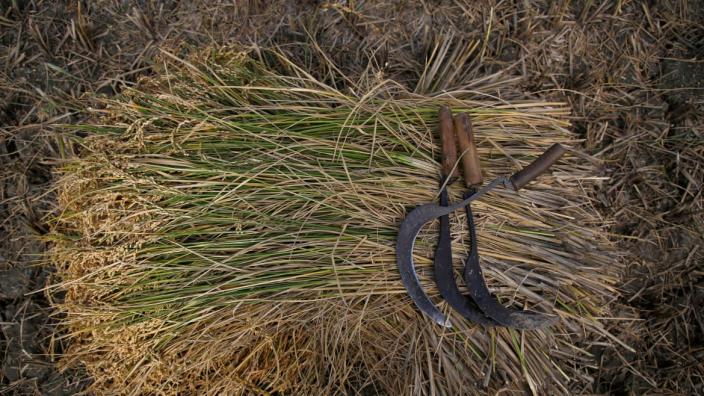 A pregnant 19-year-old woman in India was allegedly decapitated with a sickle by her younger brother, who then posed for a selfie with her severed head along with their mother.

The horrific murder—deemed an honor killing after the woman eloped with her fiance without her family’s consent—took place in the western Indian state of Maharashtra on Sunday, according to the BBC. Both the young man, identified as Sanket Mote, and the pair’s mother, identified as Shobhabai Mote, have been arrested in connection with the murder of the woman, named Kirti Avinash Thore.

“Kirti was preparing tea when Sanket attacked her from behind with a sickle while the mother caught her daughter’s legs,” Kailash Prajapati, Assistant Police Commissioner, SDPO Vaijapur told local media. “He beheaded her and brought the head outside the house. We suspect that the mother and son took a selfie with her head. We have sent the phone to the forensic lab to try and retrieve the photo. The duo then left on the bike.”

Local media reports suggest that the woman’s mother and brother came to visit the couple ostensibly to reconcile, but when her newlywed husband left the room to give them privacy, the pair allegedly killed her. The husband reportedly fled the house out of fear he might also be killed.

It is unclear if the sickle was in the house or if the mother and son had concealed it with intent to use it.

Indian news agency ANI says the 38-year-old mother and her 18-year-old son dragged the victim’s head out of the house and put it on display in front of neighbors, apparently admitting to the crime.

The man told police that his sister failed to secure consent before marrying her boyfriend last June. She had become estranged from her family since the elopement but her mother visited her a week before she was killed, at which time she learned her daughter was pregnant.

She and her son returned a week later and allegedly carried out the horrific murder.

Read more at The Daily Beast.

Get our top stories in your inbox every day. Sign up now!

Daily Beast Membership: Beast Inside goes deeper on the stories that matter to you. Learn more.