Master P is ready to be recognized as a legally single man after years of separation from his estranged wife, Sonya Miller.

Miller and the No Limit Records founder and CEO married in 1989, but have been separated since 2010. Miller, who is the mother of the couple’s seven children, filed for divorce in 2013, but that is as far as the process of legally separating has gone until now. 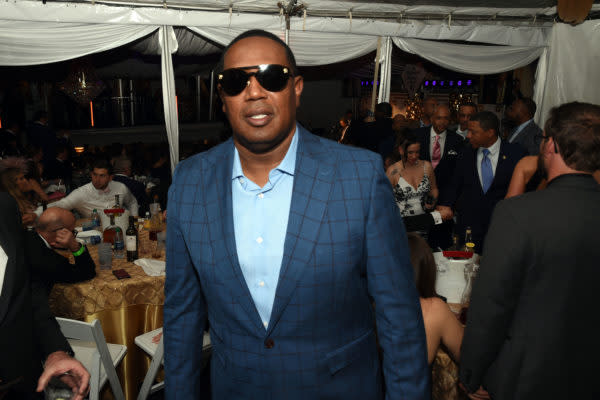 According to TMZ, Master P reportedly filed court documents requesting that both he and Miller be deemed legally single through a process known as bifurcation of divorce. If granted single status by the court, both parties would be able to address separation issues such as alimony, division of assets and parental custody agreements at a later date.

The demise of the couple’s relationship — which in part was due to Miller’s alleged drug and alcohol use — has played out, at times, in front of the public, and found their children caught in the crossfire. In a pubic statement addressing their separation in 2014, Master P said, “I take great care of all of my kids, all of their needs are being met in an abundance. I come from the ghetto, I changed my life but she didn’t want to grow with me so we’re not together.”

That same year the music-business mogul lost custody of four of his children — Hercy, Mercy, Tytyana and Italy — to Miller after failing to appear for a custody hearing. He was also ordered to pay Miller’s $75,000 legal bill. Hercy, 19, and Mercy, 16, are both blossoming basketball stars who, in recent years, appear to be under the care of their father. Miller’s claims in divorce filings reveal that she is seeking monetary compensation for her role in helping the “Make Em Say Ugh” rapper amass a $200 million fortune with his record label. In the past she has sued the rapper for 40 percent of physical “community assets” such as cars and homes.

The former couple’s eldest son, Romeo Miller, has even found himself on the receiving end of his mother’s scorn. In 2015, she sued Romeo, alleging that he was a pawn in his father’s asset-hiding scheme. Romeo, then 28, shared on social media that he had been served. “I haven’t spoken to my mother in months due to advice she’s taking from her lawyers,” he wrote.

“It sucks because the only reason I’ve worked so hard was to make my mother proud.” Publicly this falling out was among the last fans had heard of the couple’s ongoing issues, making news of Master P seeking single status perplexing for those who forgot he was ever married.

“What in the make em say uhhh is this????,“ and “FREE COREY MILLER,” commented some on social. Others suggested Master P cut his financial losses and go through with the divorce once and for all.

“Pay that woman and move on sir,” and “Divorce. It’s called divorce. Sir just complete the process and quit trying to reinvent the wheel.”

More Stories from Our Partners:

‘We Gonna Do Our Part’: Master P’s Water Company to Help Louisiana Residents Struggling In Aftermath of Hurricane Ida

The Metaverse Has a Diversity Problem: Even in the Metaverse, Not All Identities Are Created Equal

Travel Guides – A 22-acre Scottish island is on sale for $70,000, and it’s filled with wildlife and completely vacant of people