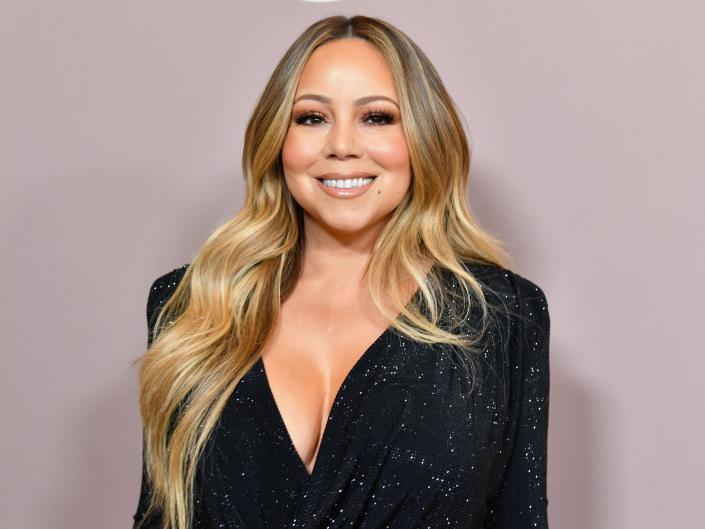 Mariah Carey looked stunning in the gold gown she wore for her new Apple TV+ holiday special — but, according to the singer, the dress was far from comfortable.

Carey appears in “Mariah’s Christmas: The Magic Continues,” which premiered Friday, in a floor-length Dolce & Gabbana dress with a plunging neckline, thigh-high slit, and train.

“The beading is not your average beading. The stones themselves were gigantic, but they still looked beautiful and shined,” she told Vogue. “It was magnificent, but it hurt like a mother to wear it.” 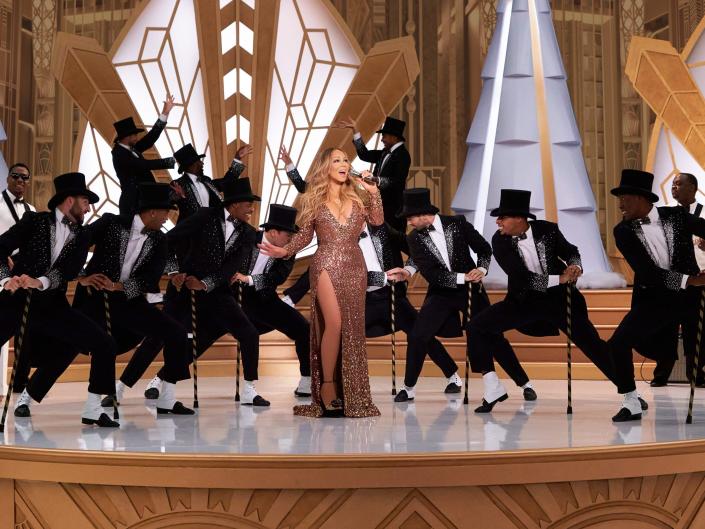 Carey added that she had to have six men carry the train just so that she could walk to the stage for her performance.

“Everybody was like, ‘Oh, she’s exaggerating,’ until they held it for two seconds,” she told Vogue.

It wasn’t just heavy; the close-fitting dress made singing a challenge, Carey said.

“When something’s super tight in the middle area, it’s hard because you have to get your breath and sing,” she said. “But I’m used to that.”

For the holiday special, the singer and her stylist DiAndre Tristan wanted her outfit — which oozed Old Hollywood glamour with its gold bead-work and train — to be vintage-inspired, Carey said.

“It went with the backdrop of New York and the Chrysler Building. It has a bronze, gold, copper feel that’s very festive, but not in your face,” the singer told Vogue. “I live for all the traditional Christmas colors — the reds, greens, whites, and silvers — but this was different.”

Representatives for Carey and Tristan did not immediately respond to Insider’s request for comment.