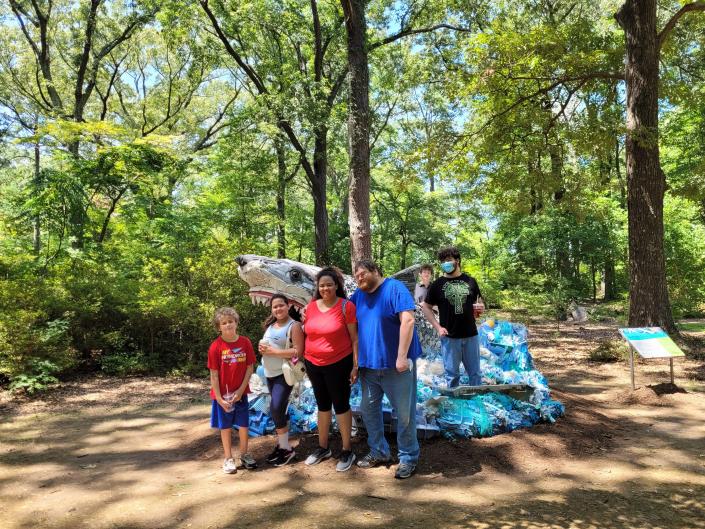 Jeff and Teresa Sperry told Insider they were heartbroken after losing their daughter to COVID-19 in September.Courtesy of Nicole Sperry

The holiday season has been difficult for the Sperry family after losing their 10-year-old daughter in September.

“My daughter’s two favorite holidays were Christmas and Halloween,” Jeff Sperry whose family lives in Virginia told Insider. “Halloween was hard because we got her a mask and carved her a pumpkin. We took it to her grave, and I took some candy out there for her. I could tell you for Christmas it’s going to be hard.”

Teresa Sperry, 10, died from complications of the virus on September 27, about a month before the first coronavirus vaccine for children was authorized. Jeff and his wife Nicole said that when Teresa, who was a fifth-grader at Hillpoint Elementary School in Suffolk, first started having symptoms, she had a high fever and headaches.

Although it’s not clear how Teresa contracted the virus, her parents have said that she was tasked with the classroom job of walking symptomatic children to the nurse’s office days before she died.

“She came home and she let me know that she is the class nurse. And I said, ‘What is a class nurse? What is this job? What do you mean?’ And she said that it was her job to take anybody that was sick or hurt to the nurse,” Jeff recalled. “It blew my mind. Because, one, this is the middle of the freaking pandemic. Two, she’s unvaccinated. Three, nobody bothered to let me know this was happening. I had no idea.”

Suffolk Public Schools conducted an investigation into the incident and disputed their claims, stating that the staff followed the school’s COVID-19 protocol. A spokesperson told the Virginian Pilot that Teresa only escorted a student who only injured his ankle to the nurse’s office.

“Our staff did adhere to the protocol,” the spokesperson told the outlet. “If a student is sick, an administrator comes and walks them down. That part was upheld.”

“We stand by what Teresa told us,” Nicole Sperry said. “She is not the type of person that would’ve lied about something like that.”

Now, the Sperry family is encouraging other parents to get their children vaccinated 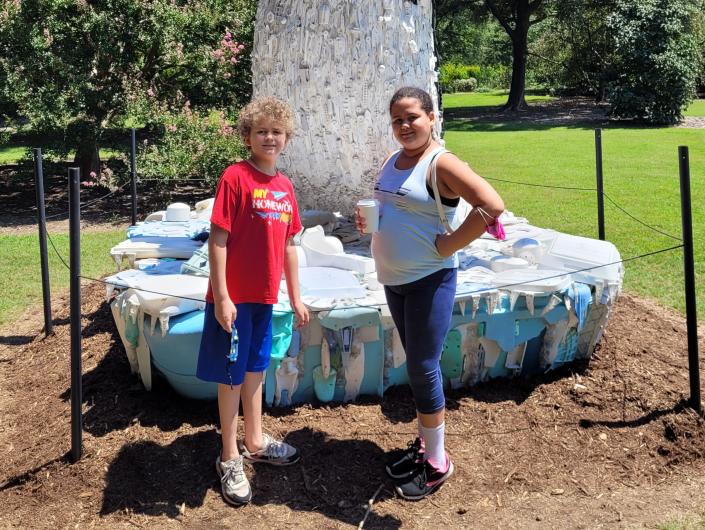 Teresa Sperry and her little brother Michael.Courtesy of Nicole Sperry

When the Food and Drug Administration authorized Pfizer’s COVID-19 vaccine for children ages 5 to 11, the update was bittersweet for the Sperrys.

“When I heard the news that it was finally available for kids, I was so excited. But then heartbroken because we found out around a month after Teresa had passed. And so, it broke my heart to know that it was that close to being too late for her,” Nicole Sperry said.

Read more: What to know about the first authorized coronavirus vaccine for kids

Virginia has ranked as one of the top states in the nation for high vaccination rates, according to state officials. After 5 -to 11-year-olds were made for Pfizer’s COVID-19 vaccine, Virginia health officials said there was “high interest among parents of young children who want to get them protected from COVID-19.”

“This is an important step in keeping our children safe from severe disease. It also helps decrease disruptions at school because children won’t have to be pulled out of classes for quarantine if they are fully vaccinated,” Virginia’s state vaccination liaison Dr. Danny Avula, MD, MPH said, according to a statement. The state announced last month, plans to add vaccination data for children to its dashboard.

Weeks after their daughter’s death and the Pfizer authorization, the Sperrys in partnership with their local YMCA hosted a vaccine clinic in Teresa’s honor. Teresa’s 9-year-old brother Michael received his first Pfizer shot at the clinic. The couple two teenage sons are also vaccinated, the couple said.

“I knew once I get fully vaccinated I’ll be safe from COVID,” Michael said after getting the vaccine during an interview with WVEC. “Seeing people getting better is what Teresa always wanted and I always wanted.”

Michael Sperry, who attended the same school as his late sister, is currently being homeschooled, according to his parents.

“With her passing of COVID, we didn’t want to take that chance,” Nicole Sperry said.

Once he is fully vaccinated, they said they will reconsider sending him back to a school with other children.