A western suburbs council wants to protect its “European village” style centre before a potential influx of infill and developments from State Government plans.

Town of Claremont councillors this week unanimously voted to prepare a local development plan for the Swanbourne centre.

“I know Swanbourne village is very quaint … Like a mini Salzburg or Bruges with the canals,” Claremont resident Denise Ricci said at the meeting.

“It is my belief the protection of this undeniably special place would be afforded by this local development plan.”

Councillors also supporting saving heritage spaces, with the strip of shops in Swanbourne being one of the few original streetscapes left along the railway line.

However, a Town officer’s report said the Swanbourne local centre was generally regarded as being “tired” and in need of regeneration.

“Interest is being shown by a number of property owners in the Swanbourne local centre for the exploration of opportunities to develop a mini transit-orientated development in the precinct,” it said.

The report said as part of a study on the precinct, the Town would consider a maximum height of four storeys for residential in the local development plan.

A State Government tender for a consultant team to create a masterplan for the Swanbourne station precinct is being advertised until December 14.

A government spokesperson said it was anticipated the consultant team would start engagement works early next year.

“This masterplan will confirm the future vision for the Swanbourne station precinct, including preferred land uses and the scale and extent of built form along with public realm opportunities,” they said.

“Upon completion of the precinct masterplan process, the government will invite proponents to express their interest in development opportunities that may result, and the successful proponent would seek the necessary planning framework approvals.”

The State Government also recently announced the Congdon Street replacement bridge would be on the same alignment as the existing bridge.

The railway bridge links Swanbourne and Cottesloe to the west of the Swanbourne station.

Cr Jill Goetze said a local development plan should be in place to help manage the potential increased density on both sides of the railway line.

“I’m very disappointed Main Roads has chosen to rebuild the bridge at its current location; the T-junction creates a huge traffic jam at school pick-up time,” she said.

“We need a plan in place to ensure orderly and proper planning for the Swanbourne area and for the future.

“Now that the location of new Swanbourne bridge is determined and the State Government is progressing with a market-led proposal with the railway line … we need to obviously progress with a local development plan and to ensure that the community expectations are met.

“I like the fact it prioritises pedestrian movements, which I think it’s more and more important with increased density along the railway line.”

Cr Paul Kelly said this was another reason the Town of Claremont was “ahead of the game”.

“Planning issues are a difficult matter with local government with the establishment of the State Development Assessment Unit,” he said.

“There are a few councils in the metropolitan area that are suffering the consequences.”

“We’ve seen other councils fail to overly plan and overruled by Government because they don’t have some sort of scripture on what is allowed to be developed,” Cr Peter Edwards said. 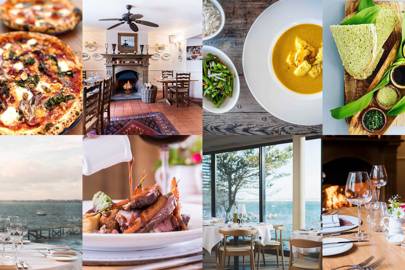 The best restaurants in Dorset