A radicalised Muslim who stabbed a grandfather during a rampage in suburban Sydney is fighting to be released from prison.

Ihsas Khan was jailed after he stabbed Wayne Greenhalgh multiple times with a 30cm hunter’s knife after taking offence to the man’s pro-USA t-shirt.

A jury rejected his argument that he was suffering schizophrenia at the time after he pleaded not guilty on the grounds of mental illness.

He was in July 2019 found guilty and Justice Geoffrey Bellew sentenced him to 36 years in jail with a 27-year non-parole period, meaning he will not be eligible for release until 2043.

He has appealed the severity of his sentence.

On Friday, he declined to appear in the NSW Court of Criminal Appeal via videolink as his lawyer argued his sentence was excessive.

Khan stabbed Mr Greenhalgh multiple times with a knife with the intention of killing him during the attack in Minto in September 2016.

At trial, his lawyers accepted that he was responsible for stabbing Mr Greenhalgh, but argued that at the time of the vicious attack was suffering from schizophrenia.

Two expert witnesses called by the defence gave evidence that Khan was suffering from schizophrenia during the offending.

However, another forensic psychiatrist gave evidence that he was suffering from obsessive compulsive disorder.

A jury found him guilty, rejecting the argument that he was suffering from schizophrenia.

Barrister Belinda Rigg, acting for Khan, on Friday argued that his sentence was excessive, despite the charge carrying with it a maximum jail term of life imprisonment.

She conceded that Mr Greenhalgh was subjected to a “terrifying experience” and was left with post-traumatic stress as well as permanent physical injuries.

However, she argued that his sentence should be reduced because no one was killed in the attack.

“Ultimately (Mr Greenhalgh) is alive, he is not someone who died,” Ms Rigg said.

“And this is a sentence which is longer, and in some senses very much longer, than some murder sentences. It is a very long and harsh sentence.”

The court has heard Khan attacked Mr Greenhalgh with a 30cm hunting knife, with the grandfather pleading “someone help me” as he attempted to retreat.

One witness told the court she heard Khan say: “Allah, Allah … they killed our people, they should be killed too” while another heard him shout “Allahu Akbar”.

When a bystander attempted to intervene Khan said: “These people tried to kill my brothers and sisters in Iraq.”

Mr Greenhalgh ran into a nearby hairdressing salon and Khan gave chase before the bystander hit the knife-wielding attacker over the head with a fence paling.

Khan was eventually subdued by police.

In the days leading up to the attack, Khan viewed extremist material online including news articles about Islamic State calling for lone wolf terrorists to carry out attacks on Australians.

He later told police he targeted Mr Greenhalgh because: “I’ve seen him for a few weeks … He was wearing, like, pro-America t-shirts. That’s the only reason.”

Ms Rigg also argued that Justice Bellew failed to take into account Khan’s prior mental illness, having been admitted to Campbelltown Hospital in April 2013 and diagnosed with obsessive compulsive disorder.

She said the illness was debilitating and should have been taken into account in assessing his moral culpability at sentence.

However, the prosecution pointed out that Khan’s barrister had, during a sentence hearing, conceded that he had to accept the jury’s decision on mental illness. 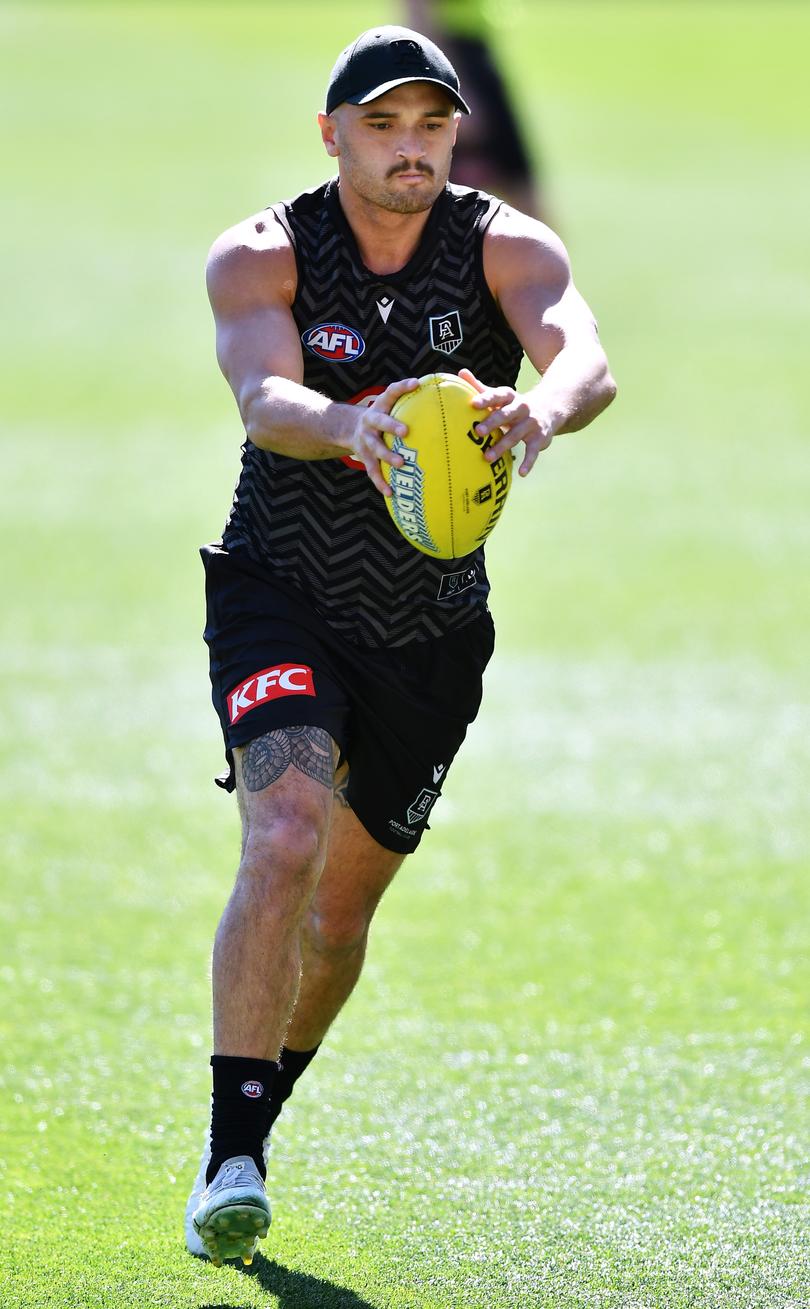