A new survey says Canadians are more open to private health-care options than they were before the pandemic, but a policy expert stresses context is everything when it comes to public opinion on the health system.

SecondStreet think tank partnered with Leger to poll Canadians on their feelings about health-care access during the COVID-19 pandemic, particularly how they feel about private health services.

“When the pandemic emerged in Canada, we saw governments postpone hundreds of thousands of surgeries,” said SecondStreet.org president Colin Craig. “I think maybe that caused some Canadians to spend a bit more time looking at health-care reform options that could improve outcomes for patients.”

But Mount Royal University policy studies associate professor Lori Williams says it’s important to look at what questions are being asked, how they’re phrased and in what order they’re asked.

“Much depends on the way in which the survey is conducted,” she said.

“If that means opening more spaces for surgery by going through private clinics — and it says ‘private, not-for-profit clinics’ in the survey — so if it means that you get equal equality of healthcare for no greater expense — no higher taxes, if you like — that’s what the largest support is for in this survey.

“Then immediately after that question — and this has to be borne in mind: when you ask a question about increasing access to healthcare when government pays and when it’s not for profit, then you have to know that’s the question that was just asked when you’re looking at the answer to the second question.

“There, people were hoping to get access to the health-care system if that required that they pay for moving up in the line, making sure they got access to healthcare in a timely way. The support for that was lower,” Williams explained.

She noted that the questions lack broader context.

“If they were asked: ‘Would you be OK with nurses leaving or doctors leaving the public system to work in the private system? And that might impact the availability of the public health care,’ I don’t think you’d see this kind of support.

“If we look at that bigger picture and people were asked: ‘Would you be willing to see more private health care if that meant people who could pay for surgeries or diagnostics can get it ahead of those who cannot pay for it?’ that might be a different answer,” Williams said.

Since March 2020, as COVID-19 patients began flooding hospitals, many provinces — during various waves — have had to postpone non-emergency surgeries and procedures to focus resources on caring for COVID-19 patients.

Some provinces have chosen to outsource surgeries and other health services to private clinics to reduce the backlog during the pandemic.

The Leger/SecondStreet poll found support for provinces hiring private clinics to provide health services was strongest in Manitoba and Saskatchewan (73 per cent) and lowest in Ontario (63 per cent).

The poll found support for allowing patients to pay for care was highest in B.C. (71 per cent) and lowest in Ontario (57 per cent).

The poll also found that more Canadians support having the option of paying for private health services now (62 per cent) than they did just prior to the pandemic. In early March 2020, 51 per cent supported that option.

“There’s been an increase — of about 11 per cent — in terms of the number of Canadians that support keeping the public health-care system but allowing more private options in case patients want to choose from alternative sources,” Craig said.

COVID-strained health care led to 4K deaths. How do we stop it from happening again?

“Health-care waiting lists in Canada have never been longer and it’s causing tremendous problems for patients,” he added. “Sadly, some patients are even dying before they receive surgery.

“Our new poll shows Canadians are open to reform. That’s positive as Canada could improve results by copying what some other countries do.”

Williams thinks Canadians are certainly more aware of waitlists and delays because they’ve become worse — and been widely reported on — during the pandemic.

1:42
B.C. to phase out private contracts in acute care facilities around the province

B.C. to phase out private contracts in acute care facilities around the province – Aug 30, 2021

“Some people think that if you allow private access for some people, that will open up more spaces in the public system. That hasn’t been shown to actually be the case.

“What winds up happening is that more resources, more personnel go into the private sector — partly because of income, partly because of working conditions and so forth — and it doesn’t necessarily improve quality or access on the public side.

“It’s a much more complicated set of questions and answers than a three-question survey can really get a good sense of,” Williams said.

“Let’s assume that governments are actually trying to do things differently than they are currently. We’re still dealing with shortages, particularly of nurses and front-line health-care workers across the country. Public or private isn’t going to make a difference to that.

“The critical thing is there be enough health-care workers, that they be appreciated and compensated appropriately and then I think you can talk about the possibilities of something else making it better.”

In early November, Alberta Health Services said more than 15,000 patients had their surgeries cancelled or postponed since August.

A surge of COVID-19 patients during the province’s punishing fourth wave forced AHS to redeploy resources away from operating rooms to expand intensive care units across the province.

Alberta Health Minister Jason Copping was asked Monday how many surgeries have been postponed because of COVID-19. He wouldn’t provide an updated number.

“We will be making an announcement in the near future, providing an update not only in regards to the number of surgeries but the important number in terms of the people on the waiting list and how many are out of scope from a clinical waiting time and then our plan moving forward,” he said.

Dr. Susan Piccinin, a family physician in Ontario, believes maintaining a public health system while offering more private options to those who can afford could be a “win-win.”

“There was probably a significant groundswell of interest prior to COVID and that’s just intensified it tremendously,” she told Global News.

“To enhance it by allowing people who can afford to pay for things to take the burden off the system so that the people who can’t afford it can get their services still covered. But if you can afford it, you have the luxury of being able to expedite your knee replacement or joint replacement.

“Maybe we don’t have an American-style system but maybe we have options. Look at other systems: Australia, U.K. Let’s look at other places where people are given choices and see what works for Canada,” Piccinin said.

Historically, Canadians have supported equitable access to healthcare and have not supported private healthcare, Williams said.

“The big question is: what is actually going to give not only greater access, more timely access, but what will do that in a fair way? The question of fairness isn’t raised in this survey,” she said.

“Those bigger questions of how things get to be balanced in terms of resources is not being raised either. That’s something that’s a much more complex and nuanced public debate that we’ve seen going on in Canada for many, many years now.

“Consistently, Canadians have favoured… publicly funded healthcare and really their concern is timely access and quality of healthcare.”

The data represented in this report is from a national online survey conducted by Leger of 1,525 Canadian adults between Nov. 26-29, 2021. The respondents to this survey were drawn from Leger’s research panel, a representative sample of the broader Canadian population. Were this a probability sample, the margin of error of a survey of this size would be +/- 2.5 %, 19 times out of 20. The numbers have been
rounded to the nearest whole number. 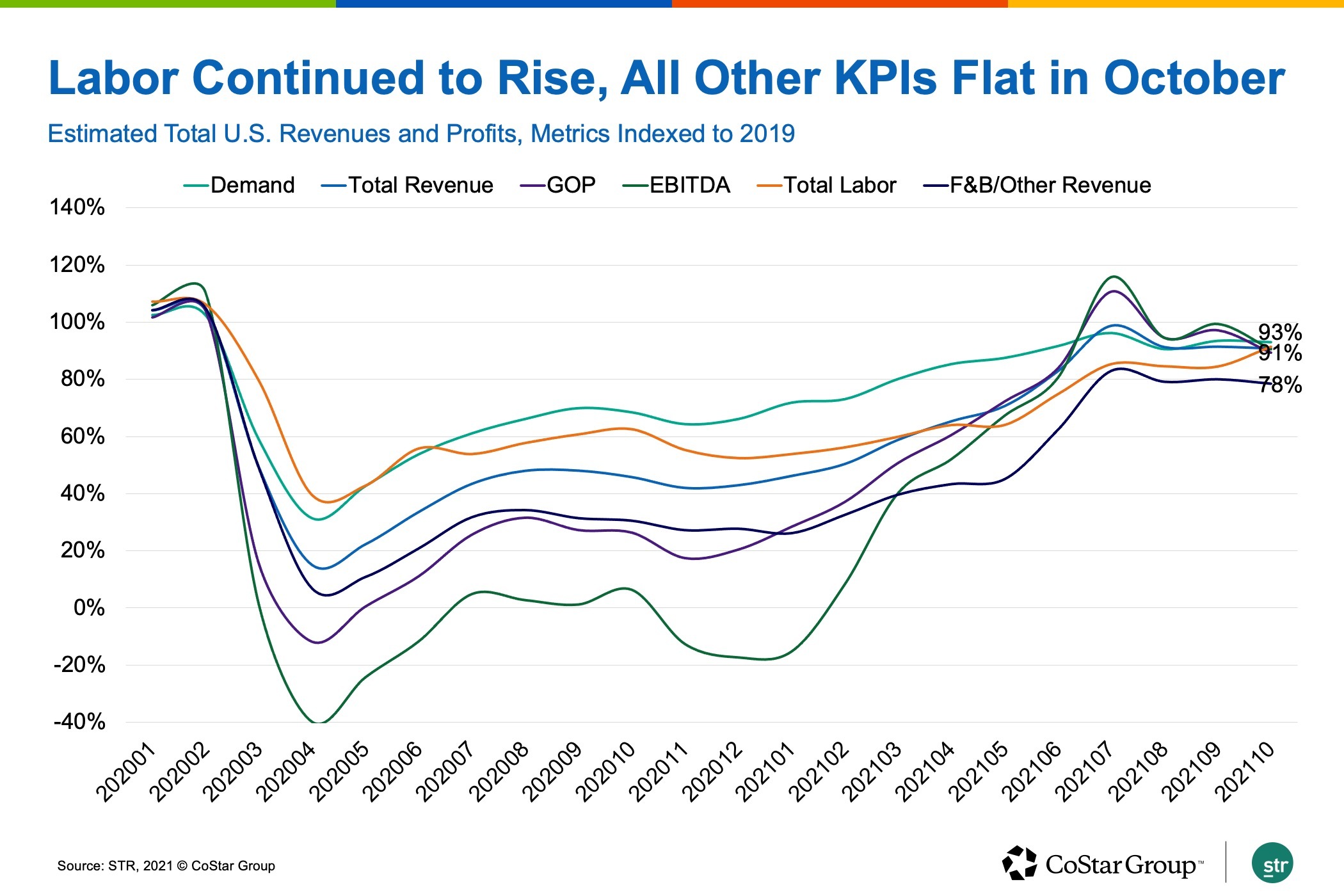 Recovery of US Hotel Profitability Stalled in October 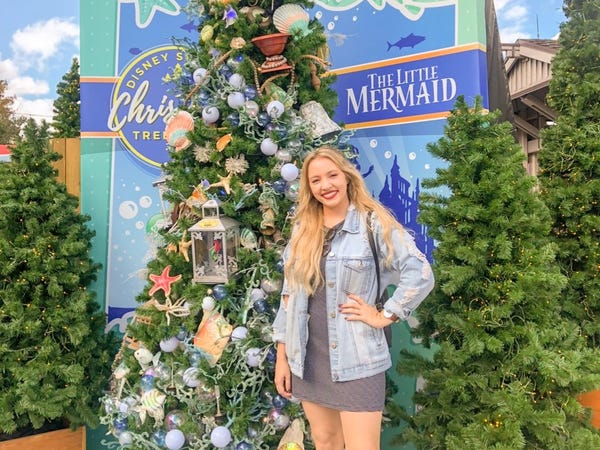 I Worked at Disney World — Favorite Things to Do for Holidays 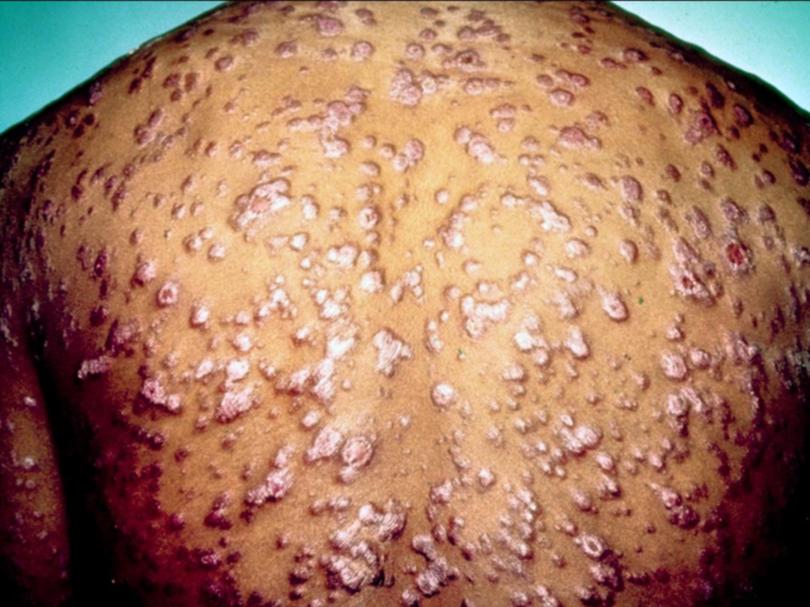