After significant opposition from residents of The Willows, Saskatoon city council has voted unanimously against a plan to create a Nordic spa and hotel in the centre of the residential area.

Dream Development sought changes to a 2003 plan for the community, including a hotel-spa. Scandvik Hotels & Nordic Spa promised a boutique wellness experience in the golf course-centric neighbourhood. The proposal would also see the course shrink 27 holes to 18.

“It’s the opposition that has stuck with me,” said Ward 3 City Councillor David Kirton. “This, in my mind, goes beyond NIMBYism.”

A report from city administration acknowledged widespread backlash in the area, despite multiple revisions to address resident concerns.

“A limited number of communications were received from residents who were in support of the proposal,” the document reads.

Bonnie Hataley and her husband moved into a condominium in the neighbourhood in February of 2020, thinking they’d found a country feel inside city limits. She said her husband even researched the city’s development plans for the area.

Read more:
The Willows residents worried about proposed hotel, spa: ‘I didn’t purchase to look at the back of a hotel’

Commercial activity would be better placed in a northern triangular section of the neighbourhood, according to Hataley, who said she’d be willing to discuss it.

“Something along the perimeter might not be quite as objectionable for some of us,” she said.

“I honestly believe change is inevitable for The Willows, just to what degree of change and what that change looks like is yet to be determined,” Hill said in an interview.

Ward 5 City Councillor Randy Donauer said he can appreciate the positions of the residents as well as the developer. Right now, the sprawling area doesn’t align with current goals of the city related to density and commercial activity.

He expects a revised proposal from Dream Development.

“We need to see flexibility on both sides, and this should not be perceived as wind in the sails of the residents alone,” Donauer told Global News.

Representatives for Dream Development and Scandvik Hotels & Nordic Spa could not be immediately reached for comment Tuesday afternoon. 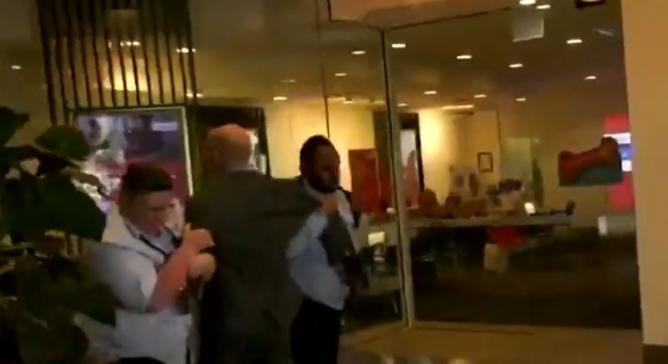 Northern B.C. businesses grapple with latest round of COVID-19 restrictions