Man is this coyote’s best friend.

In a story that seems to be ripped from the silver screen, a kind-hearted Canadian rafter saved a baby coyote pup from drowning and ended up nursing it back to health during a 10-day adventure in Saskatchewan.

“Our caller Justin was on a multi-day raft trip down the Red Deer and South Saskatchewan Rivers when he heard a commotion coming from somewhere along the shoreline,” the Wildlife Rehabilitation Society of Saskatchewan shared on its Facebook page and Instagram.

Justin didn’t see anything so he went fishing instead and “saw some sort of animal swimming in the river! Its nose was barely above the water and the water was so dark and murky that Justin couldn’t initially tell what kind of animal it was.”

In trying to save the animal, Justin fell in the ice-cold water but was eventually able to rescue it.

“Unfortunately, when Justin brought the animal back to his raft, the little coyote pup was unconscious and didn’t seem to be breathing,” the WRSS noted.

Justin then performed CPR on the lucky pup and then built a fire to warm it up. Unfortunately, he couldn’t get the pup to a shelter as he was in the midst of a solo rafting adventure so “over the next 10 or so days, he kept the coyote with him and cared for him the entire time,” the organisation wrote.

“The little pup would eat with Justin, cuddle in his jacket, and sleep in his backpack while they rafted down the river. Justin ended up naming the little guy YipYip and took really good care of him throughout the trip. “

When he finally was able to call for help, Justin surrendered YipYip to WRSS where presumably it is in good health.

– A ski holiday for people who don’t like skiing

– A first-timer’s guide to the Canadian Rockies

– How to see the world’s best light show 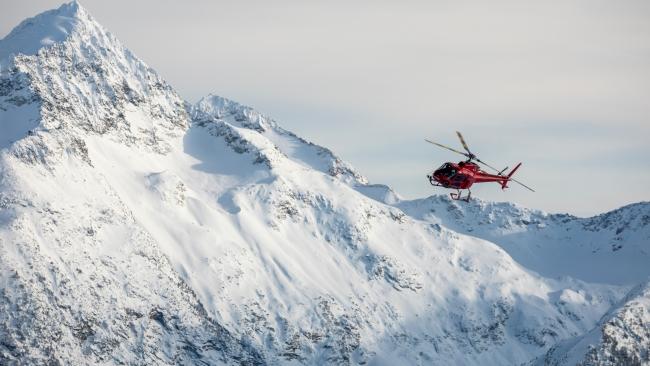 Skiing in Canada guide: Where to ski, where to stay and top tips for travellers