“Censorship is never OK at any cost, I hope Peng Shuai and her family are safe and OK. I’m in shock of the current situation and I’m sending love and light her way,” Osaka said as part of a Twitter statement on Tuesday.

She included the hashtag #WhereIsPengShuai.

Peng, one of China’s most recognizable tennis stars, accused former Vice Premier Zhang Gaoli of coercing her into sex at his home three years ago, according to screenshots of a since-deleted social media post dated November 2.

Peng’s post on Weibo, China’s Twitter-like platform, was deleted within 30 minutes of publication, with Chinese censors moving swiftly to wipe out any mention of the accusation online.

Peng has not been seen in public since the accusation and her whereabouts have not been publicly disclosed. Her Weibo account, which has more than half a million followers, is still blocked from searchers on the platform.

A growing number of international athletes have expressed concern for Peng.

And former world No.1 Chris Evert said, “these accusations are very disturbing.”

“I’ve known Peng since she was 14; we should all be concerned; this is serious; where is she? Is she safe? Any information would be appreciated,” she said in a post on Twitter.

On Sunday, the Women’s Tennis Association (WTA) called on the Chinese government to investigate the allegations, insisting the former top-ranked doubles player should be “heard, not censored.”
In a statement, WTA Chairman and CEO Steve Simon said Peng’s accusations were of “deep concern” adding the allegations must be investigated “fully, fairly, transparently and without censorship.”

“Peng Shuai, and all women, deserve to be heard, not censored,” Simon said. “Her accusation about the conduct of a former Chinese leader involving a sexual assault must be treated with the utmost seriousness.”

Former top ranking Czech American tennis player Martina Navratilova said she supported the WTA’s call for an investigation. “A very strong stance by the WTA — and the correct stance,” she wrote on Twitter.

The ATP Tour, a worldwide top-tier tennis tour for men, said in a statement Monday it was “encouraged by the recent assurances received by WTA that (Peng) is safe and accounted for and will continue to monitor the situation closely.” No further details were provided as to the veracity of the assurances — or who provided them.

“Separately, we stand in full support of WTA’s call for a full, fair and transparent investigation into allegations of sexual assault against Peng Shuai,” ATP Chairman Andrea Gaudenzi said in the statement.

In the post, which reads as an open letter to Zhang, the 35-year-old tennis star alleges a relationship over an intermittent period that spanned at least 10 years.

“Why did you have to come back to me, took me to your home to force me to have sex with you?” she wrote.

Peng said she did not have evidence to prove her allegations, and claimed Zhang was always worried that she would record things.

“I couldn’t describe how disgusted I was, and how many times I asked myself am I still a human? I feel like a walking corpse,” wrote Peng.

CNN cannot independently verify Peng’s post, and has reached out to both her and China’s State Council, which handles press inquires for the central government, for comment.

Peng’s explosive #MeToo allegations against a former state leader have reverberated across the Chinese internet, despite authorities’ attempts to to wipe out any mention of such a politically sensitive scandal.

And on Wednesday, China evaded questions from the media about Peng’s allegations against Zhang.

Chinese MOFA spokesperson Zhao Lijian suggested reporters should reach out to the “competent department,” despite reporters remarking on the lack of response from the Ministry of Public Security.

Speaking at a press conference, Zhao was asked about the Women’s Tennis Association’s (WTA) concerns over Peng’s “safety and whereabouts” and if the government planned on taking any action, to which Zhao said the issue “wasn’t a diplomatic matter,” declining to comment any further.

Reporters in the room continued to press on the subject, claiming they had reached out to the Ministry of Public Security for comment, but had not heard back, which resulted in questions about which department journalists should reach out to for more details.

“Do you think the Foreign Ministry spokesperson is omnipotent?” Zhao replied.

Chris Hemsworth Thought Thor Was ‘Being Written Out’ of the MCU 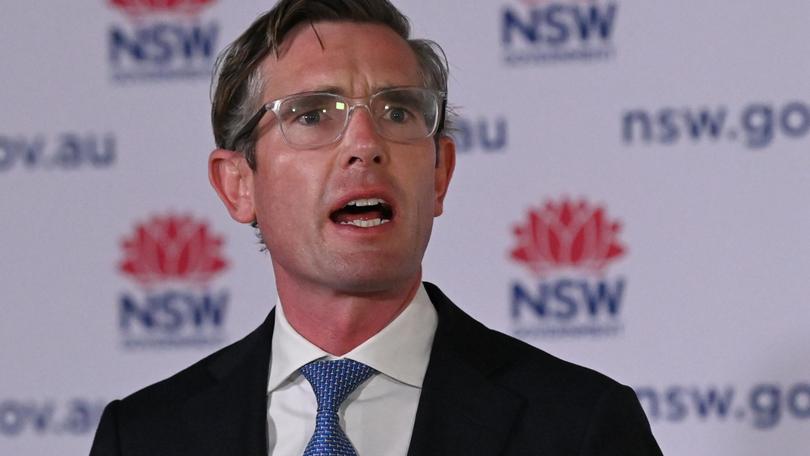 Dominic Perrottet expected to be made NSW Premier