The Oscar nominations won’t be out until next year, but the contenders for the most prestigious gong are already lining up.

From biopics on Lucille Ball, the Williams tennis dynasty and Princess Diana to the much-anticipated return of Kiwi director Jane Campion, the best picture category is going to be hotly contested.

Many of the movies are yet to hit screens in Australia, although they are lined up for summer releases, with glowing reviews filtering through from overseas.

Of particular note is Licorice Pizza, a coming-of-age film story set in 1970s California written and directed Paul Thomas Anderson, which has a near-perfect score on review site Metacritic.

Here are our picks of some of the films vying for the Oscars short-list.

House of Gucci (In cinemas January 1)

This movie charts the explosive events that led to the 1995 assassination of failed fashion heir Maurizio Gucci by a hitman hired by his ex-wife. Anticipation is high with Lady Gaga and Adam Driver in the starring roles, and Jared Leto, Salma Hayek and Al Pacino also appearing. There is already chatter Gaga could secure her second best actress nomination, after the singer was recognised for 2018’s A Star is Born.

Don’t Look Up (In cinemas December 9, streaming on Netflix December 24)

It’s billed as a satirical comedy and this movie will spur plenty of conversations about how seriously we take climate change. Leonardo DiCaprio and Jennifer Lawrence star as two astronomers trying to warn mankind about an approaching comet that will destroy Earth— but are having no luck. The government and media don’t take much notice, and people are entertained by their panic. The star-studded cast also includes Meryl Streep, Timothee Chalamet, Ariana Grande, Cate Blanchett, Matthew Perry, Chris Evans and Jonah Hill.

Being the Ricardos (Streaming on Amazon Prime December 21)

After picking up a nomination in last year’s best picture category for The Trial of the Chicago 7, Aaron Sorkin is looking like a good chance to secure another nod with this film, which stars Nicole Kidman and Javier Bardem as Lucille Ball and Desi Arnaz during a week on their 1950s sitcom I Love Lucy.

The Power of the Dog (Streaming on Netflix December 1)

This New Zealand-filmed Western is based on the 1967 novel of the same name and is directed by The Piano’s Jane Campion, with her first feature film in over a decade. It follows brothers Phil (Benedict Cumberbatch) and George (Jesse Plemons) who own a sprawling and successful cattle range in 1925 Montana. Tensions arise when George marries a widow (Kirsten Dunst) from their town. Both Time magazine and the Los Angeles Times have given it a perfect score.

Raising and training two tennis megastars, Richard Williams is the focus of this biopic, which takes a look at the father of Venus and Serena. With a plan to take his daughters from the streets of Compton to the world stage, Will Smith plays the determined dad. Entertainment Weekly calls it “the kind of classic-uplift sports movie that used to fill multiplexes once upon a time”.

A coming-of-age film that centres on the developing relationship between a teenage boy and a young woman in her 20s in 1970s California after they meet at a school photo day. It stars the late Philip Seymour Hoffman’s 17-year-old son Cooper as well as Haim frontwoman Alana Haim as the unlikely friends. Vanity Fair called it a “lively, messy coming-of-age story”, while Time Out said it had a “dizzying sense of possibility and innocence”.

Months before trailers were even released, simply a picture of Kristen Stewart as The People’s Princess was generating headlines around the world. The casting of the former Twilight star initially had many confused — but there is already talk her performance could be career defining. Set over the Christmas period at Sandringham Estate in 1991, Diana’s marriage to Prince Charles is strained as Camilla Parker Bowles looms in the background. Variety has called the film an “intimate speculative drama” and that Stewart is “superb”. Polygon’s review wrote it was “the inventive, iconoclastic film Diana deserves”.

West Side Story (In cinemas December 26)

Directed by Steven Spielberg, the adaptation of the beloved Broadway musical stars Ansel Elgort as Tony and Rachel Zegler as Maria, who despite having affiliations with rival street gangs fall in love in 1950s New York City. With one of the greatest directors of all time at the helm, it’s a safe bet this film will pick up a few award nominations.

Previous screen adaptations of Frank Herbert’s 1965 science fiction novel have fallen flat, but with Denis Villeneuve at the helm this time, critics have been lapping up the tale of a war for a deadly and inhospitable desert planet. Starring Timothee Chalamet, Oscar Isaac, Josh Brolin, Jason Momoa, with a brief appearance from Zendaya, it has already grossed over US$353 million and second instalment is already in the works.

A Coen Brothers’ black-and-white adaptation of Shakespeare’s play stars Denzel Washington and Frances McDormand as Lord and Lady Macbeth. Empire has labelled it a “stark but utterly compelling” take.

This semi-autobiographical film from Kenneth Branagh stars Jamie Dornan and Catriona Balfe as the parents of Buddy, who is growing up during the Troubles in Belfast in 1969. RogerEbert.com’s review said it was “hard not to be charmed by this love letter to a pivotal place and time in his childhood”.

The Oscar nominations will be announced on February 8, 2022.

Preparing kids for the COVID-19 vaccine: What Alberta parents need to know 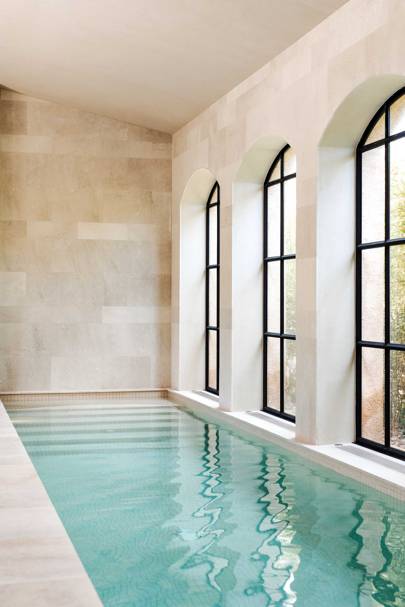 First look at Can Ferrereta, Mallorca