Lana Wood has now spent more time without her beloved older sister than she ever got with her.

It will be 40 years this month since Hollywood icon Natalie Wood’s body was found floating in the ocean off Santa Catalina Island on Thanksgiving weekend, 1981. The then-43-year-old had been yachting with her husband Robert [RJ] Wagner, her “Brainstorm” co-star and friend Christopher Walken, and the vessel’s captain Dennis Davern when she disappeared off the back of the boat.

But despite four decades of time passed, speculation surrounding Natalie’s tragic drowning never seems to fade. The case — which was reopened in 2011 and deemed suspicious in 2018 — remains one of Hollywood’s most persistent mysteries.

Now, Natalie’s younger sister, Lana, is diving back into the infamous unsolved case — and the trenches of her own personal heartbreak — in a new memoir, “Little Sister: My Investigation Into the Mysterious Death of Natalie Wood.”

An actress herself who played a “Bond girl” opposite Sean Connery in “Diamonds are Forever,” Lana told Insider the book is meant to set the record straight on Natalie’s life and death.

In a phone interview earlier this month, Lana, 75 discussed the challenges and rewards of writing the new memoir, while offering additional thoughts on some of the book’s new revelations.

The interview has been lightly edited for clarity.

When did you decide to write this new book and why? What prompted your desire to tell this story, now?

There had been so much said about Natalie, some things blatantly untrue and mean; a lot of fabrications, a lot of supposition. There was just a lot out there that was driving me nuts, and suddenly it dawned on me that, instead of just saying “oh that’s nonsense,” I needed to have Natalie’s back. Nobody was watching out for Natalie. Nobody was portraying her accurately. Nobody was just writing down the facts of the night she died. They were saying “well, maybe this happened,” or “maybe this happened.” No, it didn’t. Go by the facts. I wanted to include what the detectives found, what they said on their report, what the new coroner found, what he says on his report; what an eyewitness says, what an ear-witness says, and my knowledge of Natalie.

It’s very sweet — well, actually, it wasn’t very sweet — it was nice that Natasha (Natalie’s eldest daughter, Natasha Gregson Wagner) wanted to do a special about Natalie (the 2020 HBO documentary “Natalie Wood: What Remains Behind”), but all Natasha knows is what RJ (Robert Wagner) has told her. Think about it: She was very young when Natalie died, so all these memories…these are stories that were all told to her by someone. She was not a witness to anything, and she didn’t have long chats with her mom when she was a little kid, so that upset me.

I thought now is the time. I’m getting older. If I have a chance to help Natalie at all, I have to do it now.

Editor’s note: Representatives for Natasha Gregson Wagner and Courtney Wagner did not respond to Insider’s request for comment.

Was it difficult or emotional at times to rehash what I’m sure, are some tough memories?

It was terrible. It was absolutely ripping my heart out. I would have to stop and walk out of the room, go outside. A lot of times I would just stop and not do anymore for that entire day or two days. It was terrible. It’s heart-wrenching.

For decades, the story you tell about Natalie’s encounter with actor Kirk Douglas was a persistent Hollywood rumor. What prompted you to include that story now and confirm what was for years, an open secret. Did you have any apprehensions about writing about it or including it?

No, I don’t, because there again, this is for Natalie. And that episode really hurt her for her entire life. Things like that don’t go away.

When Kirk Douglas first died I was contacted by a lot of press. They wanted me to say something or to confirm the story, and I refused because I think that would have been a very cold thing to do. So out of respect for his family, I would not say anything.

But this is my chance to let everybody know what happened to Natalie and what hurt her and what caused some of her reactions. You aren’t just born a certain way. She went through quite a lot.

Editor’s note: Kirk Douglas died last year at the age of 103. In a statement through his publicists to the Associated Press, his son actor Michael Douglas said, “May they both rest in peace.”

In the book, you talk about seeing inaccurate or incomplete variations of the Kirk Douglas story in print over the years, but having promised Natalie to keep it to yourself. Was it difficult knowing the truth and seeing others speculate about it while watching Kirk Douglas have a long life and career?

No, you know it wasn’t. It wasn’t difficult. I’d see a picture or a photograph, or I’d see part of a story and I was just very dismissive of him. I certainly won’t watch any movies or anything at all like that. But it was never to get back at him, it was about Natalie.

Your mother’s response to the Kirk Douglas incident is not necessarily how one might expect a mother to react in such a situation, yet it’s clear in the book that you have a deep love for her. During the writing process was it difficult at all to reconcile some of the more challenging memories of your mother with your obvious love for her?

No, it was not difficult. There again, it was the truth and it’s something that I had to write about. And I’m not oblivious to how my mom was. I’m not oblivious to how anybody is, myself included. No one is perfect. Was my mother overly concerned with Natalie and stardom? Absolutely. But that’s the way it was. It didn’t hurt me then. I just accepted things at face value because that’s the way it was.

Moving on to Robert Wagner, you detail the way RJ treated you in the aftermath of Natalie’s death from allegedly “blacklisting” you from the entertainment industry, to refusing to provide you details about Natalie’s final night. Did his odd behavior toward you influence your eventual belief that he was responsible for your sister’s death?

I’ve always thought so. I chose not to say anything because there again, I was so worried about the kids and where they were and what they were thinking and how they were coping, and yet I had no contact whatsoever. So, I just felt it was selfish, I felt it was best to keep my mouth shut, and perhaps I could see them, perhaps I could talk to them. It was hope, that was all.

Does that mean you don’t think there’s any hope left to perhaps rekindle those relationships with Natalie’s daughters?

I don’t think so. If there is, that’s beyond wonderful. If there isn’t, that’s the way it’s been for quite some time now. And there again, you know, that’s fine. I accept how they feel. I don’t feel that way. But RJ was the only parent they had left. They had nobody. If I was overly vehement and pointing a finger back then, I was doing nothing but hurting the kids. Nothing. And it was my feeble hope that perhaps, it was true that it was an accident. But I was kidding myself.

Until the detectives came up with what they had found, until I was privileged to read the coroner’s report, and read the old police report and find things like RJ was spoken with after the accident for exactly six minutes — the detectives had to put in the time they began talking to him and then they had to put in the time it ended, and when it was Christopher Walken’s turn: six minutes. Things like that have been absolutely haunting me forever.

In the book, you say several times that RJ, Dennis Davern  (the yacht’s captain), and Christopher Walken would have had hours to get their story straight before being questioned by authorities. You’ve made it clear where you stand on RJ, but I’m wondering if you place any responsibility for what happened to Natalie on Christopher Walken or believe he has a duty to help more?

Editor’s note: Representatives for Christopher Walken did not respond to Insider’s request for comment.

How are you feeling now that your memoir is out there in the world and stories about Natalie — both her life and death — are back in the news?

I’m glad because I don’t want Natalie forgotten and I don’t want people hanging onto ridiculous tales. It drives me nuts when there are things out there that are so blatantly not anything Natalie would do, or was. It makes me crazy. And I’m hoping desperately since I laid everything out — not “I think,” not “perhaps, maybe,” — I laid everything out so that they will see that RJ is responsible for her death. That’s it. He is responsible.

And for them to stop blaming and guessing. And to remember her, not simply as a movie star but as a person, who had a full life. She loved those kids more than anything on earth. All those ridiculous things about suicide? I don’t know what the point was. It’s just ridiculous. She jumped over a railing? Yeah, I don’t think so. She fell down and caused 26 bruises and scrapes? I don’t think so. It’s just ridiculous.

So I’m hoping people will see that I don’t have any kind of ulterior motive. My motive is not to hang RJ. My motive is not to have him arrested, because it will never happen. He has refused speaking to the detectives. He’s never spoken to them. So nothing’s going to happen. According to them, the district attorney has said there’s no smoking gun. And the head of the homicide department, when he held the press conference where he named RJ a person of interest, he completed his speech by saying all they know for certain is that there were two people arguing at the back of the boat, and then there was one. Those are their words, not mine.

Editor’s Note: A representative for Wagner did not respond to Insider’s request for comment regarding Lana’s accusations. The 91-year-old has previously denied wrongdoing in Natalie’s death.

A detective for the Los Angeles County Sheriff’s Department told Insider that Natalie’s death is still considered suspicious, given the remaining unanswered questions.

“Her husband at the time, Robert Wagner, is the last known person to be with Ms. Woods [sic] prior to her death, and Investigators would like to interview him,” Detective Ralph Hernandez said in a statement. “The goal of the investigation is to confirm the truth of how she ended up in the water, thus providing the manner of her death.”

The case will remain open until it is solved, he said.

As the years have gone on and RJ’s refused to speak with detectives, have you settled into an acceptance that her case may never truly be resolved?

I don’t know that it will. I love surprises. I love if things go the right way. But I just seriously don’t know. I just wish he had the capacity to simply tell the truth. That’s what I would like. Tell the truth. I think he’s a coward and I have no respect for him and I don’t ever want to speak to him. Ever.

What would it mean to you, and to Natalie, if her case could be resolved at some point? 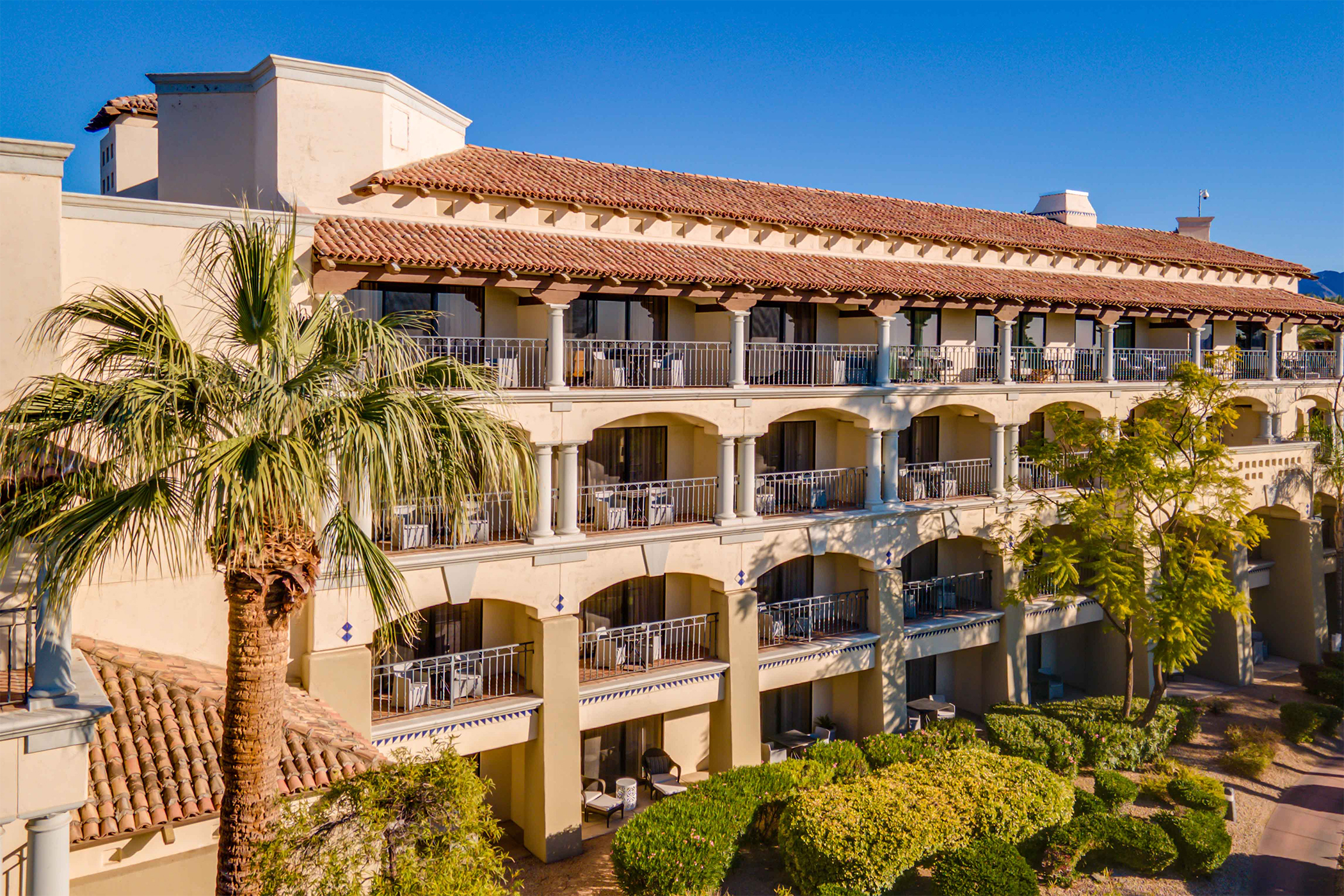 CMBS Investors Get Shot at China’s $1.8 Billion Recapitalization of US Luxury Hotels

Priest: The big question for Catholic bishops is not really about Joe Biden and Communion 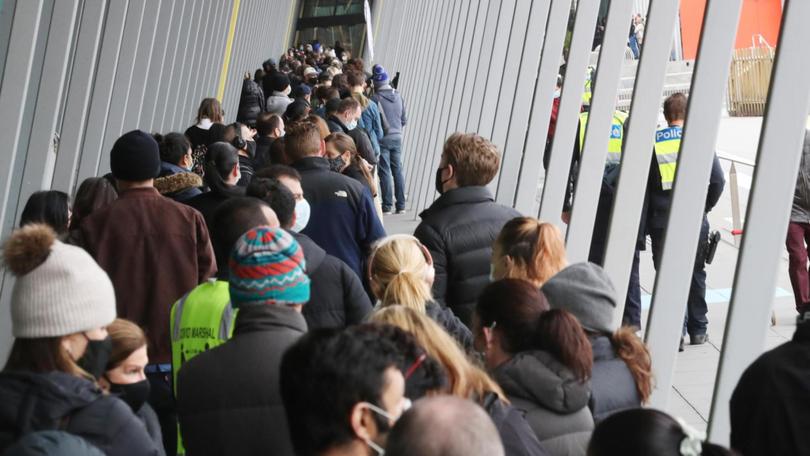 Coronavirus: Victoria lockdown ’ring of steel’ not ruled out