When you’ve moved into a new place, it’s always nice when the neighbours pop over to introduce themselves.

Unless, of course, there’s a good chance they’ll take a bite out of you.

Euramo woman Kerry Lucht had only been in her property on the Tully River in Far North Queensland for three months when this week she received a caller: a 2.5m saltwater crocodile.

The way Ms Lucht tells it, her husband Corey flat out did not believe her.

“He thought I had finally lost the plot when I told him there was a crocodile in the backyard,” she told Sunrise on Friday.

But this one seems to have let itself into the Luchts’ backyard.

Ms Lucht said she had just made a cup of tea and was heading to the balcony when she spotted the beast.

She ran screaming to Mr Lucht, who jumped on a quad bike to investigate.

The theory is that the “polite” croc entered through an open back gate, perhaps to say hello to the Luchts’ pets.

“We couldn’t get back through the gates so he cut down our back fence to the river for it to go back to where it belongs,” Ms Lucht said.

The Luchts accept that it was only a matter of time before they spotted a croc at their new place.

According to the ABC, the pair have also been in touch with the Department of Environment and Science for advice on crocodile behaviour.

“We know that we live in crocodile territory, we were expecting to see one, just not this early in buying a property,” Ms Lucht said.

The couple have named the crocodile Fluffy and say he’s welcome to pop around again – so long as he doesn’t bring too many friends.

“He can come back for a cuppa if he likes, he has just got to play nice with our animals, that’s all.” 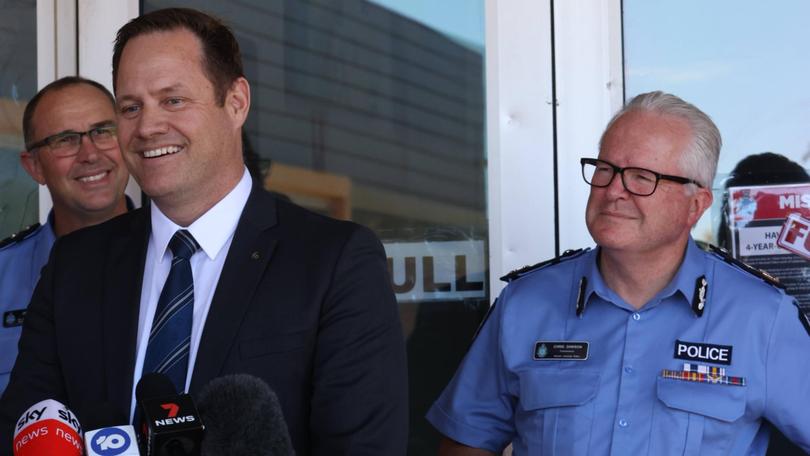