Robert Whittaker has promised to bring a completely new mindset to his hyped UFC rematch with middleweight king Israel Adesanya, declaring: “I don’t even hate the guy anymore”.

Speaking exclusively with Fight Club this week, Whittaker confirmed he has finally signed off on the paperwork to rematch arch rival Adesanya at UFC 271 – a Trans Tasman showdown now shaping as one of the biggest events in Australian combat sports history.

While no venue has been confirmed for the February headliner, potential hosts cities being whispered include Las Vegas, Texas, even Abu Dhabi.

It has now been two years since Adesanya took the middleweight strap from Whittaker in front of 60,000 fans in Melbourne.

Since then however, Australia’s first UFC champion has not only won three straight, or changed up his fight team, but also recovered from what he now understands was physical and mental burn out.

In fact, Whittaker admits a series of external issues prior to their first encounter at UFC 243 — including the hatred he carried for his arch rival — saw Australia’s first champ perform well below his best in the KO loss.

Quizzed on how he will now deal with Adesanya’s famed verbal tongue fu in the coming months, Whittaker insisted he was no longer the same guy who lost UFC gold via KO in 2019.

“I don’t even hate the guy anymore,” he laughed of Adesanya.

“All that stuff, it has worked it’s way out of me.

“Yes, he beat me first time around. But I’m looking forward to getting back in there and going again.

“Because I’ve changed — and in a lot of ways.

“Not only inside the Octagon, but outside too.”

Asked how he rid himself of the Adesanya hate, Whittaker continued: “Maybe it wore me out.

“All that hatred, that anger … it wore me out.

“But as I said earlier, I’m not that same guy anymore.

“Straight after that first fight, I took some time off. And because of that soul searching, or character building … because of what I went through I’m a different man.

“I feel much happier. Much calmer, more balanced.

“I have my purpose, my drives.

“And me understanding who I am – who I truly am – is just making me that much more comfortable everywhere.”

Meanwhile, Australian boxing star Tim Tszyu has also agreed to spar with Whittaker in preparation for his showdown with Adesanya.

The two fighters have sparred several times this year, which showed in Whittaker’s most recent win over Kelvin Gastelum in April, where his striking went to a new level.

Canterbury recruit Tevita Pangai Jnr could be headlining a Belmore Oval fight night by the end of next year as part of an audacious plan that is set to be tabled before Bulldogs GM Phil Gould.

As part of his new Dogs contract, Pangai Jnr has been given permission to fight twice every season, starting with his professional boxing debut in Brisbane on December 4.

If things go well, this column understands certain Bulldogs officials are keen to stage a Belmore Oval fight night, just like happened 37 years ago for another club enforcer, Billy Johnstone.

Back in 1984, Bulldogs hooker Johnstone fought Ritchie Roberts for the Australian middleweight title on Belmore Sports Ground – but was famously disqualified in the 12th round for a headbutt.

UFC heavyweight Justin Tafa is on the cusp of a gutsy return to the Octagon, revealing he fought just six months ago with a hand so badly broken it had a piece of bone poking through the skin.

Already considered one of Australia’s biggest punchers, 27-year-old Tafa can now be outed as one its toughest as he prepares to face American Harry Hunsucker in Las Vegas on December 19.

For the first time, the Brisbane southpaw has revealed he fought all three rounds of his May barnburner against Jared Vanderaa with a left hand not only “fractured in 12 places” but with his thumb bone piercing through skin beneath his fight glove.

Despite fighting for almost 15 minutes with the gruesome injury, Tafa still performed so well in the narrow points loss he earned a US$50,000 Fight of the Night bonus.

But as for that hand?

“I mistimed a punch, he ducked and all the force was taken by my thumb,” he recalls.

“My bone broke right through the skin.

“I actually looked down while fighting and it was like my thumb was disappearing (into the glove). I thought ‘where’s my thumb going?’.

“But because my left hand was landing the most, I had to keep throwing it.”

Afterwards, Tafa was rushed into surgery and then stayed an extra 10 days in the US.

“But the UFC really looked after me,” he says. “And the last few weeks I’ve been punching hard in sparring and on the heavy bag. Everything is great.”

Dennis Hogan has not lost his hunger to be world champion, and is hoping an impressive victory against Tommy Browne on Wednesday night will catapult him towards a shot and a new promotional deal.

Hogan has lost his previous three bouts but in fairness they were to undefeated world-class opponents Tim Tszyu, Jermall Charlo and Jaime Munguia. Browne

The 36-year-old is talking to No Limit and promotional companies overseas, but realises he must get back in the winners’ circle after Tszyu rocked him with an uppercut so ferocious his tongue was split in half in their March bout.

“I’ve had some prominent people in boxing tell me I look revitalised, they can feel a new energy from me,” said Hogan (28-4-1, 7KO).

“Really it’s about recapturing that again and being inspired to kick on and move forward.

“We’re not riding a wave of momentum, but I want to rebuild and get back to the top.”

Brisbane’s undefeated boxer Liam Paro has landed the shot of a lifetime, put on the undercard of Jake Paul’s fight against Tommy Fury on December 18 in Florida.

Paro (21-0, 13KO) fights Puerto Rican Yomar Alamo (20-0-1, 12KO) on a card that will be viewed by millions across the global, given Paul’s gigantic following across social media and Fury receiving tutelage from his brother, heavyweight champion Tyson Fury.

This could be Paro’s breakthrough moment, having fought exclusively in Australia so far.

AFLW star Tayla Harris is set to be approached for the biggest challenge of her undefeated boxing career in 2022 – a showdown with Bellator featherweight contender Arlene Blencowe.

Fresh off a strong decision win over American Pam Sorenson at Bellator 271, Blencowe finally jetted back into Sydney on Tuesday after being stuck in the United States for six months – where she fought, and won, twice.

The 38-year-old Penrith featherweight has now won six of eight fights since joining Bellator in 2017 – with her only losses coming in title bouts against Julia Budd and Cris Cyborg.

Exactly who Blencowe fights next remains unknown however, with Bellator officials in talks to sign PFL champion Kayla Harrison and Cat Zingano also angling for a Cyborg showdown.

However, the Sydneysider revealed she is also keen on taking a boxing fight sometime next year, saying: “I’m looking at some options, maybe Tayla Harris.

“I’d like to have a fight with here before going back to the States.”

Since taking up boxing in 2017, Harris has gone undefeated in all eight fights and won Australian women’s middleweight and super welterweight titles.

The Melbourne star’s AFLW season runs from January through to the end of March, or early April.

As for Blencowe’s next move in Bellator, she continued: “Obviously Kayla Harrison is a phenomenal athlete and I think she needs to step up and start fighting better competition,” Blencowe said after the American Olympic star’s potential arrival.

“So if she’s next for a title, or they do something with Cat Zingano, that’s fine. When it’s my time, I’ll be ready.

“In the back of my mind, I’m always preparing for that Cyborg rematch. And now, I’ve added Kayla in there as well.

“So doesn’t matter who it is, I know it will happen.”

Jimmy Crute has spent the past week enduring the one training task he gets more nervous for than even a UFC fight – sparring with Australia’s first UFC champ, Rob Whittaker.

Fight Club was this week invited to watch Crute train with Whittaker as part of preparations for his upcoming bout against American Jamahal Hill in the US on December 5.

“I just like getting outside my comfort zone,” Crute said of the sessions. “When you’re used to training with the same guys, you know their strengths, their weaknesses, and if you’re the top dog you can work everyone out.

“But when I come here, mate, I’m definitely not the top dog.

“Ever since Rob first appeared on TUF: Smashes, he’s been my favourite fighter.

“So first time I sparred him, I was more nervous than my UFC fights. I was thinking ‘oh, f…’.

“Even now I still get nervous before sparring. Have to check myself.

“And that’s what I really get out of these visits, I’m outside my comfort zone.

“The level of athletes at this gym, it’s amazing. The technique is out of this world.

“So I love coming here to shake things up.”

Australian lightweight champ Jack Becker will earn the ultimate reward for defending his crown at Eternal 63 on the Gold Coast this Saturday night – an audience with UFC boss Dana White.

As part of preparations, the Aussie will fly to the US a fortnight out from his fight and train at the UFC Performance with a team including Becker, coach Ben Vickers and brother Josh.

“So hopefully when we’re in Las Vegas we can get Jack a contract too,” Della Maddalena said.

“He’s by far the best lightweight in Australia right now and definitely ready for the UFC. A win this weekend and I believe that contract is there for the taking.”

Asked for a prediction, he said: “Jack’s a beast — I think he gets the finish in the first or second round.”

Linn Sandstrom has revealed her massive ambition to fight in her homeland of Sweden.

The flyweight boxer who trains at Waterloo’s Bondi Boxing Club will appear on the Paul Gallen vs Josh Aloiai undercard at Newcastle Entertainment Centre on December 10, taking a rematch with Natalie Hills after their draw in July.

But 30-year-old Sandstrom, born in the southern Swedish town of Vaxjo, longs to fight in front of her family and friends at home.

“That would be sick, and winning a European title,” Sandstrom said.

Sandstrom has one win, one loss and one draw from her three pro fights, and trainer Tony Del Vecchio has a busy 2022 planned for her.

“We want as many fights as possible, overseas as well. Linn is Swedish so it makes sense and we’ve got a good following in Europe.”

British model Kate McLaren will fight at welterweight (67kg) in her professional debut under trainer Jeff Fenech on December 11.

McLaren had intended to fight at lightweight, however a change of opponent means she won’t have to cut as much weight.

“It’s on the Paul Nasari card in Bankstown, at the moment I’m getting sparring in and training with Jeff,” McLaren said.

“I was originally fighting at 61kg but we’ve got a new opponent which is good because I’ve got less weight to drop.

“After the fight we’re off to Thailand for a training camp, and we’ve got a fight locked in already over there in January.”

NRL boss Peter V’landys will meet up with UFC champ Alexander Volkanovski this week, with the fighter named as an ambassador for Illawarra’s famed $1 million horserace, The Gong.

No stranger to a decent strap, the ARLC Chairman is a huge fan of the featherweight champ, both of whom hail from the Wollongong region.

Volkanovski has also joined the NRL coaching ranks for 2022, having been signed on as a wrestling coach for St George Illawarra.

Undefeated in the UFC, he expects to fight Hawaiian great Max Holloway in a hyped trilogy bout in the first third of 2022.

The fighter has also been nominated for an Australia Day Citizen of the Year award. 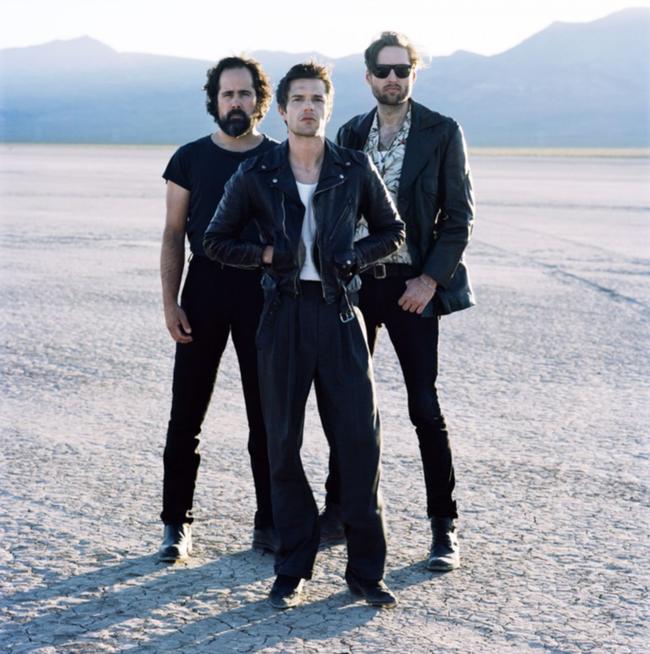 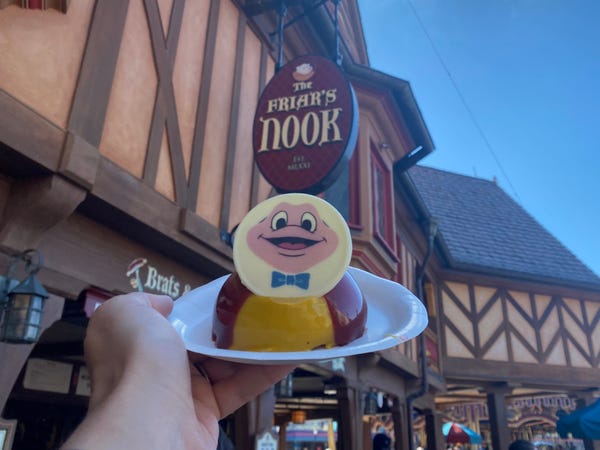