A Lamborghini-driving alleged bikie associate who was arrested during the country’s biggest crackdown on organised crime has been released on bail after his family agreed to post an eye-watering, multimillion-dollar surety.

Ashley Rake, 35, was charged with a raft of offences, including serious drug charges, when officers raided his Vaucluse unit in June.

Detectives seized designer clothes, Rolex watches and a Lamborghini Huracan LP 580-2 Coupe DJE18S, which is alleged to be the proceeds of crime.

He on Thursday received bail after making an application to the NSW Supreme Court during which his barrister Avni Djemal attacked the strength of the crown case, saying that text message conversations on an encrypted device do not prove that Mr Rake was involved in drug supply.

Mr Djemal also objected to allegations that the two Rolex watches seized in his apartment were worth $430,000, saying they had been appraised at $139,000.

The Australian Federal Police has been praised for its efforts in leading a global crime sting alongside the FBI to eradicate organised crime. Home Affairs Minister Peter Dutton said the AFP has shown it is one of the most successful law enforcement agencies around the world during Operation Ironside. “I think we’ve demonstrated, through this operation, the worth of the Home Affairs portfolio,” Mr Dutton said. More than 800 criminal figures have been detained around the world after authorities used an encrypted app to assist in the arrests.

The crown prosecution argued that Mr Rake had unexplained wealth and large fortnightly deposits had been made into his bank account despite him not seemingly making any money from his carpentry business.

“There is a great discrepancy between what appears to be going on with the business and these large amounts deposited,” prosecutor Stephen Makin said.

Mr Rake was arrested in June as part of a two-day raid operation across Sydney as part of Operation Ironside.

The multinational police operation was centred on police infiltrating the criminal underworld through the ANOM app, which was thought by its users to be an encrypted messaging service however was being monitored by police.

Police allege Mr Rake was involved in the supply of methamphetamine and cocaine and was a Comanchero bikie gang associate.

Mr Djemal argued there were problems with the crown prosecution case, noting that the ANOM messages relied upon by police did not prove his involvement in any alleged drug activity.

The court was told that Mr Rake was involved in message conversations during which one person asked: “Have you got I?”

The other person replied: “How much do you need?”

During the conversation one person sent a picture of a white powder and there was discussion of the buyer requesting “10 units”.

“There was no further message to say there was an agreement to supply. Those messages taken at their highest, there is no actual supply,” Mr Djemal said.

Mr Djemal further submitted that there was no evidence Mr Rake made any money from the alleged drug transactions.

The prosecution has alleged that the ANOM device was used at Mr Rake’s unit and at a Kiama residence where he stayed on holiday.

However, Mr Djemal argued that the encrypted device found at Mr Rake’s home was not his and the other device he was alleged to have used was never found.

Justice Stephen Campbell noted that electronic ankle devices could not guarantee that a defendant would not abscond.

He noted the notorious Mostafa Baluch case in which the Sydney man was alleged to have broken off his electronic monitoring device and gone on the run while on bail.

While Justice Campbell said he would not describe the crown case as weak, he granted bail on a raft of strict conditions, including that Mr Rake’s family put up a $2m surety.

Mr Rake must also report to police daily, not associate with his co-accused, not possess any encrypted devices and supply police with his work schedule. More COVID-19 restrictions to ease for Victorians on Freedom Friday 2.0 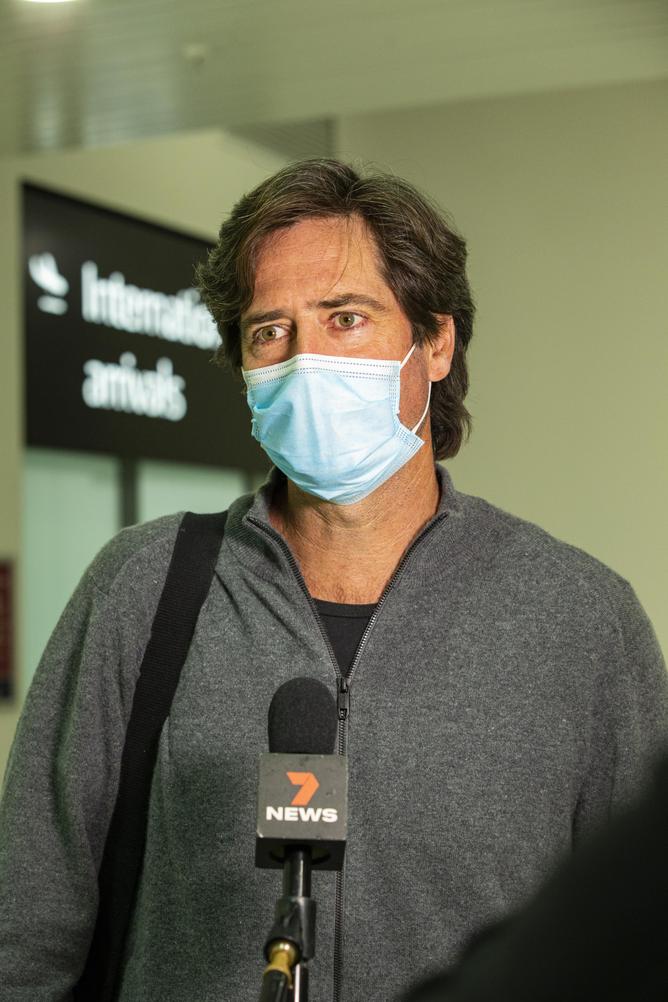 13 Shows to Watch If You Loved ‘Dear White People’